The request comes after Flynn stripped Arroyo of the titles for at least 60 days last month amid controversy Arroyo was investigated twice for possible sexual assaults as a teenager.

Arroyo was never charged with a crime. The councilor has released investigation files showing one case was determined to be “unfounded” while the woman involved in the other case, through her attorney, has said he never assaulted her.

Arroyo characterized the decision to remove him from leadership positions as “unprecedented.”

Flynn has not provided Arroyo any insight into why he made the decisions he did, Arroyo said.

‘Our actions as a body were unacceptable’

Arroyo’s remarks arrived as Flynn submitted an order for a hearing aimed at reviewing City Council rules and conduct. The filing is a clear response from the president in wake of a heated council meeting two weeks ago, when the controversy surrounding Arroyo seeped into council proceedings and fueled fiery face-offs among councilors, and a larger conversation that questioned what role race plays on the council and in leadership decisions.

Flynn, at the onset of the Wednesday’s meeting, slammed what happened at the previous meeting.

“Our actions as a body were unacceptable,” he said.

“To do this work together, we have to treat each other with respect and dignity and help improve the lives of the people of Boston,” Flynn added.

He had the city clerk read aloud two council rules pertaining to avoiding abusive language and character attacks, as well as interruptions from members of the public, among other topics.

“We all have our differences of opinion on how best to move Boston forward and that passion is the reason you all have been elected leaders in Boston,” Flynn told his colleagues. “It is also important to emphasize how critical it is that we set an example for our neighbors and communities by always treating each other with respect and dignity, especially when we disagree.”

Part of the tensions at the prior meeting stemmed from rivaling subpoenas for public records.

One, filed by Councilor Frank Baker, intended to seek investigative records for the two times Arroyo was investigated. The other, sponsored by Councilor Kendra Lara, was an apparent response to Baker’s filing. Lara’s measure sought records related to Baker’s 1993 conviction for drug possession with intent to distribute marijuana.

Both Lara and Baker discussed their subpoenas but each ultimately withdrew them at the meeting.

Baker, though, ended his remarks by saying, “If a predator continues to roam, the killing field only becomes larger.”

As for Arroyo’s chairmanship positions, Flynn opted to strip Arroyo of his chair titles on the powerful Committee on Government Operations and on the council’s redistricting committee. Arroyo was also vice chairman of the entire council.

Flynn’s decision had raised serious concerns from councilors of color over what impact it will have on diversity in the council’s ongoing redistricting process.

That process was led by a body Arroyo, who is Latino, had chaired, but will now be helmed by Councilor Liz Breadon, who is white.

Several councilors of color said at the prior meeting that they are held to a different standard than their white colleagues, and elaborated on instances of racism they’ve experienced since taking office, including receiving death threats.

At one point during impassioned remarks, Councilor Tania Fernandes Anderson, who is Black, said “all the white councilors here stick together.”

She added later, “The f* do I have to do in this f***g council in order to get respect as a Black woman?”

‘No body, frankly, should have to go through the sort of circus atmosphere that existed’

On Wednesday, Flynn didn’t refer to his decision on Arroyo’s committee positions specifically. But he responded to Arroyo’s remarks by emphasizing his “open door policy” for meeting with fellow councilors.

“I would welcome the opportunity for you come in there. My door is open,” Flynn said.

“I’m in here five days a week and I would welcome the opportunity for city councilors to come in and talk to me about any issue that they have,” he added. “Most of my colleagues come in here. Some of them come in here four or five times a day into my office and they talk to me about different things. They ask for my advice. Other colleagues, they choose not to do that.”

What was clear on Wednesday is Arroyo has retained support among several of his colleagues, some of whom said he should be reinstated to his prior positions to help address the harm that was on full display at the last meeting.

Some, including Arroyo, suggested Flynn’s requested hearing on council rules should include conversation on how exactly a council president can or should make decisions around committee leadership moving forward.

“My statements today are not about whether or not President Flynn has the right or the power to remove someone’s chairmanship,” Lara said. “But I really want to ask the question about what kind of leadership we want to embody here on the council?

“I appreciate the difficult position that President Flynn found himself in,” she added. “Sexual assault claims are serious and they should be taken as such. But with all the information that is available to us now, there is no reason to wait 60 days for consideration.”

Arroyo said defining the process for removing councilors from chairmanship posts is “a worthy conversation to have.”

“No body, frankly, should have to go through the sort of circus atmosphere that existed…two weeks ago,” he said.

It was unclear on Wednesday when exactly the council may hold the rules hearing. But Flynn said he is willing to talk about all of these issues at that time and wants to see a hearing happen soon.

“I want to see 100 percent participation in these meetings.” he said. 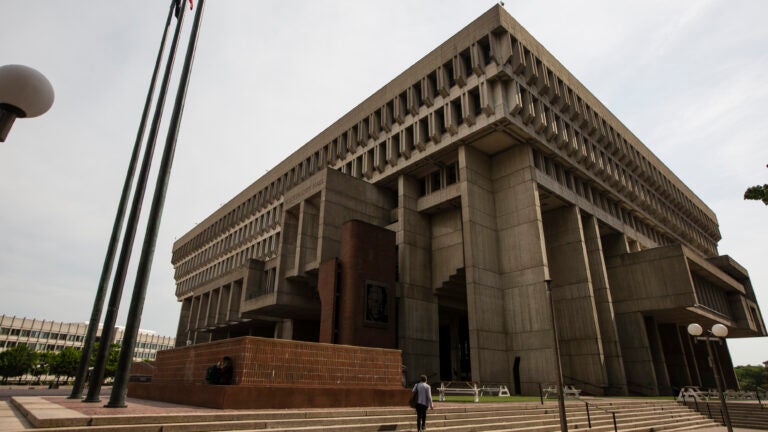