A Maryland anesthesiologist and her U.S. Army doctor spouse have been charged with trying to help Russia in its war against Ukraine with medical records that they thought Moscow could exploit, the U.S. Attorney’s Office in Maryland said Thursday.

The records never made it to Moscow. But they were given to an undercover FBI agent who received information about patients, including at least five at Fort Bragg, the U.S. Army base in North Carolina, federal authorities said.

One of the patients was married to an employee of the Office of Naval Intelligence, the federal indictment said. The undercover agent was told that the spouse had a medical issue that Russia could use to its advantage.

Federal authorities identified the anesthesiologist as Anna Gabrielian, 36, of Rockville, who works at an unidentified Baltimore medical facility. She is married to Jamie Lee Henry, 39, who was a U.S. Army major and internist at Fort Bragg.

Gabrielian and Henry each face charges of conspiracy and wrongful disclosure of individually identifiable health information.

The federal indictment does not describe what ties, if any, the couple has to Russia. But according to the indictment, Gabrielian told the agent she was “motivated by patriotism toward Russia to provide any assistance she could to Russia, even if it meant being fired or going to jail.”

The undercover agent posed as someone from the Russian embassy and first approached Gabrielian in August, the indictment said. During their first meeting, Gabrielian said she had previously contacted the Russian Embassy by email and phone to offer her and Henry’s assistance.

According to the indictment, Gabrielian said Henry could provide information regarding how the U.S. military establishes hospitals in war conditions as well as information about previous training the U.S. provided to Ukraine.

Henry later met with the agent and claimed to have volunteered to join the Russian military after the invasion but was told the Russians only wanted people with combat experience, the indictment stated. Henry also said the U.S. was using “Ukrainians as a proxy for their own hatred toward Russia.”

“My point of view is until the United States actually declares war against Russia, I’m able to help as much as I want,” the indictment quoted Henry as saying. “At that point, I’ll have some ethical issues I have to work through.”

Gabrielian allegedly told the agent that if she was at risk of arrest, she wanted her and Henry’s children to “have a nice flight to Turkey to go on vacation because I don’t want to end in jail here with my kids being hostages over my head.”

Court records do not list attorneys for Gabrielian or Henry, although federal officials said both were expected to appear in court on Thursday.

Each faces a total of up to 15 years in prison if convicted, although federal sentences are typically less than the maximum, the U.S. Attorney’s Office in Maryland said. 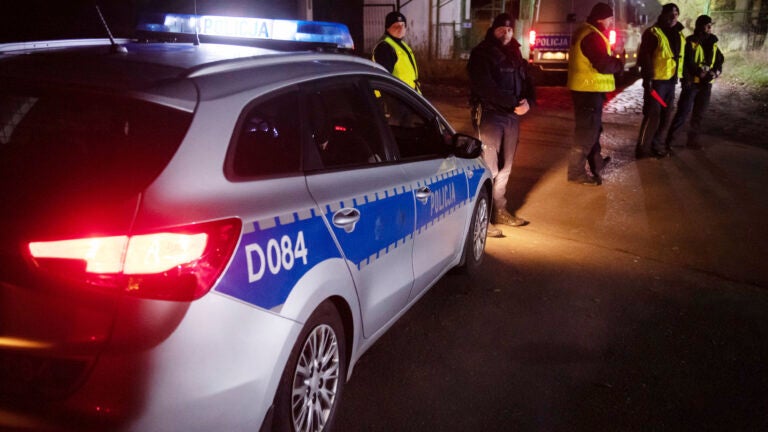