Sen. Ted Kennedy looked skeptically at the federal judge. It was Nov. 15, 2005, and Samuel Alito, who was seeking Senate confirmation for his nomination to the Supreme Court, had just assured Kennedy in a meeting in his Senate office that he respected the legal precedent of Roe v. Wade, the 1973 court decision that legalized abortion.

“I am a believer in precedents,” Alito said, in a recollection the senator recorded and had transcribed in his diary. “People would find I adhere to that.”

In the same conversation, the judge edged further in his assurances on Roe than he did in public. “I recognize there is a right to privacy,” he said, referring to the constitutional foundation of the decision. “I think it’s settled.”

But Kennedy, a Massachusetts Democrat and longtime supporter of abortion rights, remained dubious that November day that he could trust the conservative judge not to overturn the ruling. He brought up a memo that Alito had written as a lawyer in the Reagan administration Justice Department in 1985, which boasted of his opposition to Roe.

Alito assured Kennedy that he should not put much stock in the memo. He had been seeking a promotion and wrote what he thought his bosses wanted to hear. “I was a younger person,” Alito said. “I’ve matured a lot.”

The answer did not assuage Kennedy, who went on to vote against Alito’s confirmation. If the judge could configure his beliefs to get that 1985 promotion, Kennedy asked in a notation in his diary, how might he dissemble to clinch a lifetime appointment to the nation’s highest court?

Alito wrote the majority opinion in June in Dobbs v. Jackson Women’s Health Organization, the momentous Supreme Court decision that put aside 50 years of precedent and overturned Roe. Respect for long-standing precedent “does not compel unending adherence to Roe’s abuse of judicial authority,” he wrote. “Roe was egregiously wrong from the start.”

Former aides and friends say that Kennedy, who died in 2009, would have reacted with the same anger he displayed in a speech two years before his death, when he assailed the performance of judicial nominees who “worked hard to give the impression of moderation” and “assured us that they would not bring an ideological agenda to the bench” only to “reveal themselves as ideologues” once confirmed.

The 2005 exchange between the two men is based on portions from Kennedy’s private diary that will be made public for the first time in “Ted Kennedy: A Life,” a book by this writer that will be published by Penguin on Tuesday. A spokesperson for Alito said he had no comment on the conversation.

The exchange has come to light as Democrats remain enraged about Alito’s opinion and as many Americans question the legitimacy of the conservative court. In a Gallup Poll released last month, 58% of Americans said they disapproved of the job the Supreme Court was doing.

In a case similar to Kennedy’s, Sen. Susan Collins, R-Maine, who supports abortion rights, said she felt betrayed by Justice Brett Kavanaugh, who in seeking her support as a court nominee in 2018 persuaded her that he was no threat to Roe. Collins voted to confirm him. Four years later, he sided with Alito to overturn the ruling.

“I feel misled,” Collins said in an interview in June. Kavanaugh had told Collins, according to contemporaneous notes taken by multiple staff members in the 2018 meeting, to “start with my record, my respect for precedent, my belief that it is rooted in the Constitution and my commitment to the rule of law.” He added that “I understand precedent and I understand the importance of overturning it.”

Some longtime court watchers say that nominees like Kavanaugh and Alito are more guilty of selective truth-telling than lying and that if justices say they believe in precedent, it should not be considered absolute.

“A listener could easily but wrongly infer that Roe would be safe before a Justice Alito, as Alito would certainly know,” said Stephen Gillers, a professor at New York University’s School of Law who specializes in legal ethics and reviewed the segments from Kennedy’s diary. “Alito would also know that a listener would be misled. No serious court watcher can doubt that what Alito said in Dobbs he deeply believed in 2005. And long before then.”

“Ted Kennedy: A Life” covers the liberal senator’s 77 years from birth to death, and the exchange with Alito is in a section on President George W. Bush’s Supreme Court appointments. The diary has a fuller account of the exchange than is in the book, including this segment:

“We’ve got statements that you’ve got these views,” Kennedy countered, according to the diary.

“Those are personal,” Alito said, by Kennedy’s account. “But I’ve got constitutional responsibilities and those are going to be the determining views.”

Alito did not seem to go so far in his confirmation hearings two months later, in January 2006. He was pressed then by senators on whether Roe was settled law but would not say. “It is a precedent that has now been on the books for several decades,” he said. “It has been challenged. It has been reaffirmed. But it is an issue that is involved in litigation now at all levels.”

Kennedy kept a diary from the time he was a child, and often during his years in public office he would speak into a tape recorder while on trips to Vietnam, after meetings with U.S. presidents or in sessions with his fellow senators. Transcriptions were made and stored at the John F. Kennedy Presidential Library and Museum in Boston.

When Ted Kennedy needed to refresh his memory, whether for interviews with reporters or historians, or for his own oral history projects, his staff was assigned the job of combing the diaries and preparing briefing material. The diary entries for his meetings with Alito were included in a briefing book prepared for the senator for an oral history session on Supreme Court nominations.

An aide to the senator provided a copy of the briefing book for use in “Ted Kennedy: A Life.” There are no announced plans to open, or publish, the senator’s diaries themselves.

A July 21, 2005, diary entry from the briefing book contains an exchange between Kennedy and another judicial nominee, John Roberts, now the chief justice, who was seeking the senator’s support.

Kennedy began with a cry from the heart. He told Roberts that American history was an unfolding saga, from the Emancipation Proclamation to the enactment of the civil rights, voting rights and immigration legislation of the 1960s to more recent struggles to secure the rights of women, disabled people and gay Americans. Through it all, Kennedy said, the country had progressed in one direction toward freedom and equality.

“That has to be our continuum,” he told Roberts. Without it, America would be “a lesser country, a lesser land.”

The opposition was always rooted in “hostility and suspicion and, in many cases, bigotry,” Kennedy said. The man who would be the new chief justice would have to take a side. “This is the real question for you, whether you’re going to be a part of this whole movement for progress, or if there’s going to be a retrenchment.”

The nominee was wary, Kennedy reported in his diary: “I didn’t feel I was making much progress.”

He took another tack, trying to connect with the nominee over their shared Roman Catholic faith. The judge opened up a bit, saying that his faith was “something more powerful and bigger than myself” and “a guiding hand in terms of my life.”

“I said my philosophy is motived by the Beatitudes and by Matthew 25:40 about the ‘least of these,’” Kennedy recounted. But that brief connection failed, and their talk drifted off to Ireland, where the nominee’s family had a home not far from the senator’s own ancestral fief. (A spokesperson for the court said Roberts had no comment.)

“He’s bright and smart and compelling,” Kennedy recalled. But “about where we are” as a country, “he didn’t want to get into that at all. He’s very cautious.”

Kennedy ended up voting against Roberts, too. 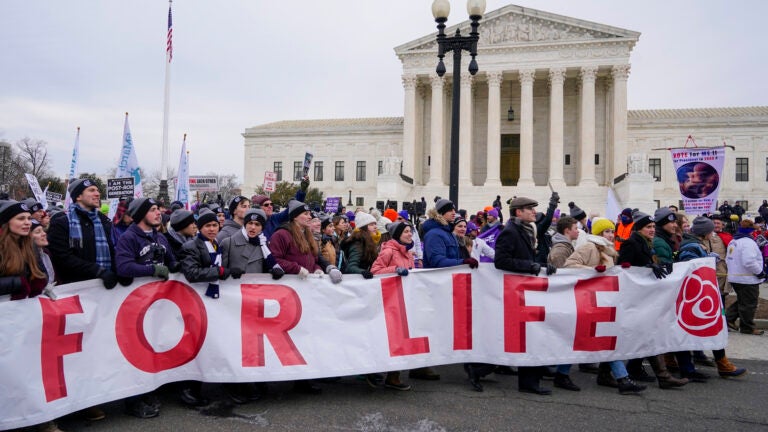