On Monday, a group of 30 House liberals sent a letter to President Biden urging him to shift his diplomatic strategy regarding the War in Ukraine. Notably, the lawmakers pushed Biden to engage in direct talks with Russia, the first time Democrats have publicly pushed the President to change his tactics towards the war and diplomacy with Russian President Vladimir Putin.

The letter was signed by members of the Congressional Progressive Caucus, including Rep. Ayanna Pressley of Massachusetts. On Tuesday, less than 24 hours after it was sent, Chair of the Caucus Rep. Pramila Jayapal of Washington announced that the letter had been rescinded. The letter caused a swift uproar among Democrats, upset because it implied weakened support for Biden’s strategy on Ukraine just weeks before the midterm elections.

On Wednesday, Pressley offered a bit of clarification regarding the letter and her involvement in its messaging.

“While I had no control over or insight into the timing of the release of this letter, which was originally drafted much earlier this year, the timing and resulting confusion, given Republicans and others actively seeking to undermine the Ukrainian cause, is deeply unfortunate,” Pressley said in a statement to Boston.com.

Pressley’s statement falls in line with the explanation offered by Jayapal. The letter was drafted months ago, Jayapal said in her statement, and it was released by staff without vetting.

Adding even more fuel to the fire were recent comments by House Minority Leader Kevin McCarthy. The California Republican last week told Punchbowl News that any request for more aid to Ukraine would be difficult if the GOP wins a House majority in the midterms. Although lawmakers from both sides of the aisle have largely supported the more than $60 billion spent on economic and military aid to Ukraine since the war began, McCarthy’s comments indicated that that could soon change.

“I think people are gonna be sitting in a recession and they’re not going to write a blank check to Ukraine. They just won’t do it. … It’s not a free blank check,” he told Punchbowl. “Ukraine is important, but at the same time it can’t be the only thing they do and it can’t be a blank check.”

“The proximity of these statements created the unfortunate appearance that Democrats, who have strongly and unanimously supported and voted for every package of military, strategic, and economic assistance to the Ukrainian people, are somehow aligned with Republicans who seek to pull the plug on American support for President Zelensky and the Ukrainian forces,” Jayapal said in a statement.

Pressley reiterated her “full support” for the people of Ukraine, and that she is still working towards a goal of securing an end to the war that involves retaining Ukrainian sovereignty. She condemned Putin and his regime for “violent and fatal crimes against Ukrainian civilians and their repeated violations of international law.”

Representative Jake Auchincloss of Massachusetts voiced his opposition to the letter, saying on Twitter that congress should be “standing firmly” behind President Biden’s strategy.

“This letter is an olive branch to a war criminal who’s losing his war,” he wrote.

Pressley added that she still favors diplomacy led by Ukrainians as a way to end the war.

“As I have made clear throughout my time in Congress, I will always prioritize diplomacy as a route to peace and safety for all people,” Pressley said in her statement. “I deeply hope that, led by the Ukrainians themselves, there may ultimately be a diplomatic solution to this conflict so we can finally put an end to the bloodshed and trauma it has caused.” 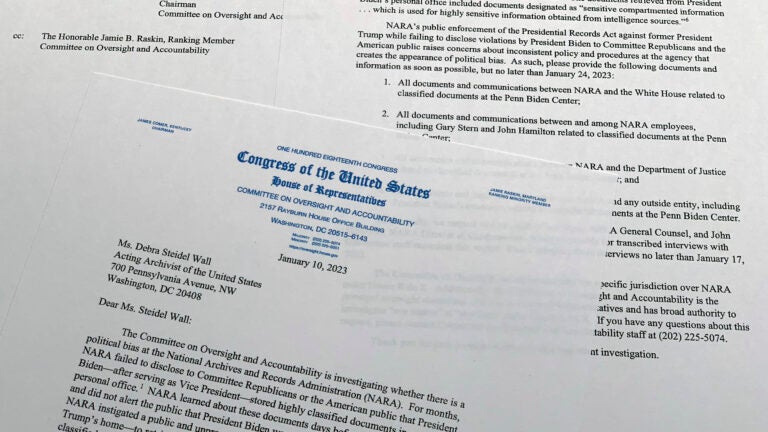