On Nov. 8, Massachusetts voters will decide who should fill the shoes left by Attorney General Maura Healey, who is running for Massachusetts governor.

Here’s what you need to know before the election:

Campbell on the issues

As attorney general, Campbell says she plans to:

McMahon on the issues

As attorney general, McMahon says he plans to:

The attorney general’s race so far

As McMahon ran unopposed on the republican side, the hotly contested democratic primary has been the focus for the majority of the race.

Class action lawyer Shannon Liss-Riordan was the first to enter the race for attorney general, kicking off her campaign at the end of January. But former assistant attorney general Quention Palfrey and Campbell soon joined the fray.

Throughout the spring and summer, the three sparred over election funding, safe consumption sites, progressive accolades, and who did and didn’t have adequate legal experience to take on the job of attorney general.

Over the summer, Campbell emerged as the frontrunner in the race, picking up not just Healey’s endorsement, but also that of power players such as Rep. Ayanna Pressley, Planned Parenthood, and big local labor unions.

But then, just a week before the September primary, the field narrowed when Palfrey dropped out of the race and endorsed Campbell.

With Palfrey gone, the race got tighter as Liss-Riordan spent more of her own money on ads and received powerful progressive endorsements from the likes of Boston Mayor Michelle Wu and Sen. Elizabeth Warren in an effort to catch up to Campbell.

A poll released just four days before the primary showed the impact of these developments, finding that the two candidates were just one percentage point apart.

In the end, Campbell emerged with a decisive victory, garnering more than 73,000 votes while Liss-Riordan raked in 56,000.

By mid-September, Campbell had also raked in $22,000 more in campaign funds than McMahon.

In September, McMahon challenged Campbell to a whopping seven debates. So far, only one debate has taken place, which you can watch here.

It will be hard work for McMahon to turn this race around, but voters will have the final say on Nov. 8. 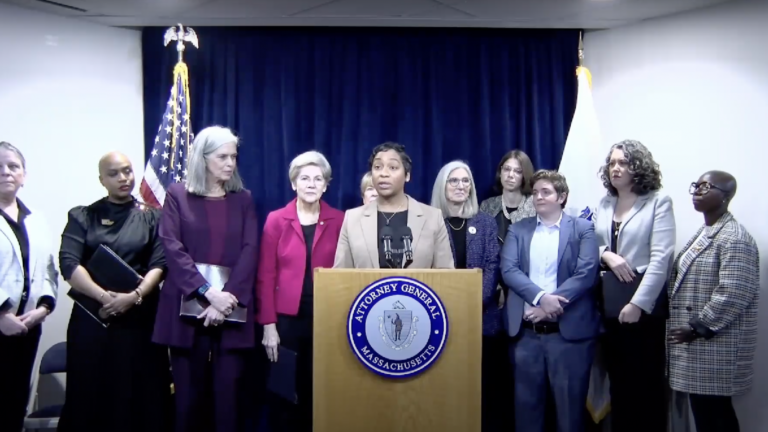