Boston City Councilor Frank Baker on Monday condemned a local neo-Nazi group after the white supremacist organization latched onto anti-Protestant sentiments he made in remarks against a fellow city councilor last week.

As the council readied a vote on Wednesday on a controversial new political map for the city’s nine council districts, Baker took aim at Councilor and Redistricting Committee chair Liz Breadon, a Protestant immigrant from Northern Ireland, by insinuating she was discriminating against Catholic voters with the changes proposed to his district.

Baker’s words evoked the struggles between Catholics and Protestants in Breadon’s native country during the decades-long period of violence known as “The Troubles.”

In a post to its Telegram social media account late last week, National Social Club 131, a known New England-based neo-Nazi group that has grown increasingly emboldened in the region in recent years, amplified Baker’s sentiments against Breadon to its followers.

Baker denounced the group in a statement to Boston.com on Monday afternoon.

“We do not condone what they stand for,” Baker said. “We haven’t asked for any of their support, nor do we want or need their help.”

Baker’s comments on Wednesday were apparently in reaction to how the map does not follow the same boundaries as parish lines sanctioned by the Archdiocese of Boston.

The map’s major changes that have fueled opposition largely center on moving a section of Dorchester — near Cedar Grove, Neponset, and Adams Village — from Baker’s District 3 into District 4, and shifting areas of South Boston home to a public housing complex from District 2 into District 3.

Proponents of the map say District 2, under the law, has too many residents as it currently stands, while the Dorchester section eyed in District 3 would provide District 4 more racial diversity to help the city avoid possible allegations of “packing” Black voting blocs.

Baker apologized to Breadon soon after his remarks but later doubled down on his comments.

“The redistricting process in Boston has been conducted unlawfully to intentionally harm [Catholic voters] for who they are,” Baker said.

Breadon said last week that Baker’s words were “an insult.”

“It is an insult to me to have a colleague in this City Council insinuate that I am discriminating against Catholics. That is not what’s happening here,” Breadon said. “I’m standing up for the rights of our minority communities — Hispanic, Asian, and Black — to have equal access to voting and to have an equal opportunity to elect the candidate of their choice.

“And if that means annoying and upsetting Catholics, I’m very, very sorry,” she added. “And I don’t think that is reflective of Catholic values. … This is an insult. It is an absolute disgrace.”

The council ultimately passed the hotly-debated map in a 9-4 vote. 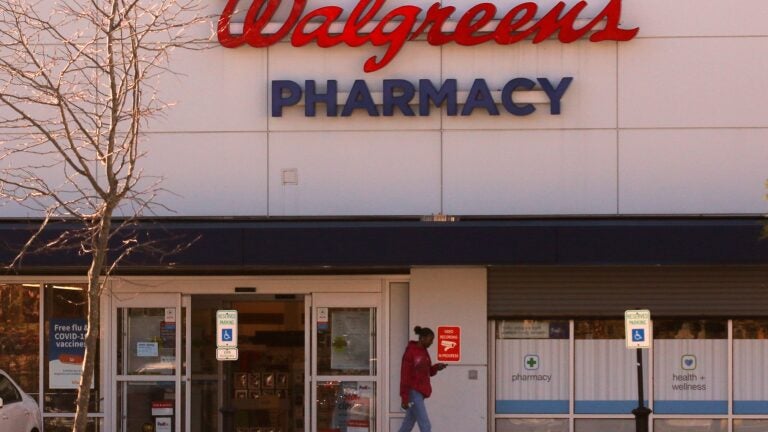 Walgreens closed 3 stores in Roxbury, Hyde Park, and Mattapan. Councilors want to talk -- and a plan.