Against a flood of Republican lawsuits around the country aiming to require that ballots are cast in person, the Beaumont, Texas, chapter of the National Association for the Advancement of Colored People filed a lawsuit Monday accusing Republican-appointed poll workers of intimidating and discriminating against Black voters during the early-voting period.

The lawsuit was filed on behalf of a registered voter in Jefferson County, which includes Beaumont. It says that the voter arrived at the location but was deterred from casting a ballot and that white poll workers throughout the early-voting period made unwarranted requests of Black voters, followed them closely and didn’t provide the same assistance with new equipment that was given to white voters.

“White poll workers throughout early voting repeatedly asked in aggressive tones only Black voters and not white voters to recite, out loud within the earshot of other voters, poll workers, and poll watchers, their addresses, even when the voter was already checked in by a poll worker,” lawyers for the plaintiff, Jessica Daye, wrote in the suit.

The lawsuit contends that the poll workers “intentionally treated Black voters differently than white voters,” violating the 14th and 15th Amendments, which prevent the denial of a citizen’s vote based on race, as well as the federal Voting Rights Act, outlawing discriminatory voting practices.

After witnessing such a discriminatory incident, Daye left her polling center without voting out of fear that, among other things, she would also be asked to recite her address in front of the crowd, the suit said.

The city of Beaumont has a population that is 45% Black and 43.5% white, according to the 2020 census. The community center named in the suit is a voting location that serves a predominantly Black population that often skews Democratic, in a county that has had tight local elections in recent history.

A federal judge held an emergency hearing Monday night for the lawsuit, which requested immediate intervention by Election Day. 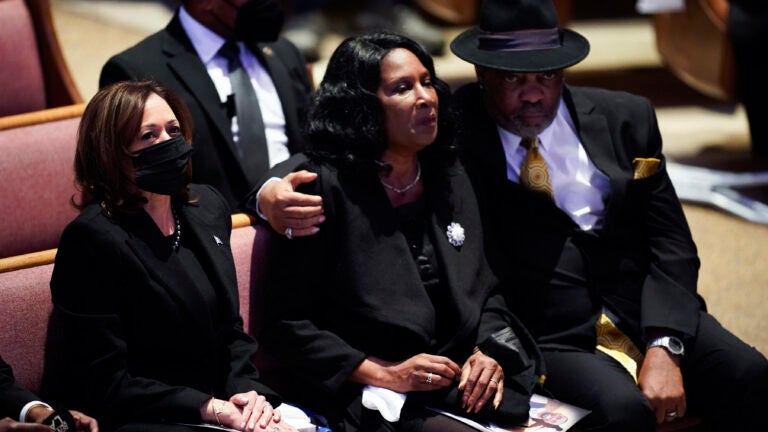 Major police reform bill is back in the spotlight