Massachusetts voters weighed in on the state’s liquor laws Tuesday night, saying no to Question 3.

The ballot question would’ve expanded certain liquor licenses while capping others, made out-of-state licenses an acceptable form of ID for buying alcohol, changed the penalty formula for liquor retailers, and eliminated self-checkout for buying liquor.

By Wednesday morning, when the Associated Press called the outcome, 55% had voted no on Question 3, opting to keep the current laws the same.

This ballot question’s failure is a win for chain liquor stores who hope to raise the cap on all types of liquor licenses, and a loss for small package stores who hoped this “compromise” would stave off the growth of chain stores in Massachusetts.

What the new law would have done

Ballot Question 3 was put forth as a “compromise” bill by the Massachusetts Package Store Association (MassPack). It hoped to keep chain stores from selling alcohol at a large number of stores, thereby gaining unrivaled buying power with wholesalers and edging small package stores out of the market.

Retailers like Total Wine and Cumberland Farms, who would like to be able to open many more locations that sell all types of alcohol, stood against Question 3. They argued that the protection it would have given small liquor stores would have allowed those stores to charge higher prices and provide subpar service.

The ballot question was the product of legislative battles between small package stores who want to keep a low cap on the number of liquor licenses one company can hold and chain stores who want to raise the cap that have been going on for over a decade.

Because the ballot question didn’t pass, the law will stay the same.

Ultimately, according to a Tufts University policy analysis, Question 3 would’ve had a “real but limited” impact on alcohol sales in Massachusetts.

But the analysis also predicted that this fight is far from over. It is likely that chain stores will continue to push for the cap on liquor licenses to be raised or eliminated altogether, it said, and it’s unclear how long MassPack will be able to stave them off.

Had Question 3 passed, a similar question could not have been put on the ballot for six more years, per Massachusetts law. It also would’ve made the Legislature less likely to raise the cap on liquor licenses.

Now, Total Wine and Cumberland Farms are poised to get a future ballot question or legislation that favors their interests passed.

MassPack and small liquor stores may have now lost the ongoing fight, as they are unlikely to get a ballot question or legislation passed that is as or more favorable to them. 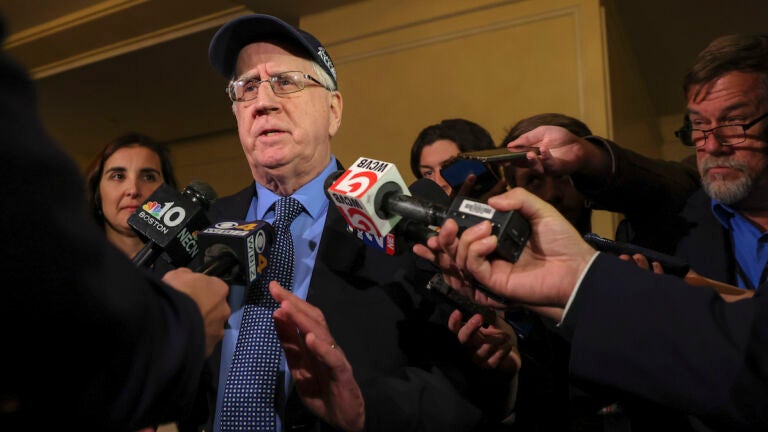