As Walgreens shuttered three pharmacies in Roxbury, Hyde Park, and Mattapan this week, some city councilors are urging the national chain to keep the doors open until the company can come up with a plan that guarantees customers can still get vital medications close to home.

City officials and residents say the closings were sudden and are heavy losses for three neighborhoods that are predominantly Black and Hispanic, low-income and working-class communities.

The Roxbury and Mattapan pharmacies are moving patient information to other locations, although each is at least a mile away.

The absence of the three stores, one city councilor said earlier this week, will create “pharmacy deserts,” as access to crucial prescriptions and health care services becomes further out of reach in these areas.

The concerns spilled into the Boston City Council chamber on Wednesday, where Councilor Tania Fernandes Anderson introduced a resolution urging Walgreens to keep the three locations open, at least for a bit longer, to help customers and employees figure out next steps.

The resolution, a non-binding measure co-sponsored by Councilor Brian Worrell, also urges Walgreens to forgo opening any new stores in the city until it addresses those issues.

Fernandes Anderson, whose district includes the Roxbury Walgreens location, accused the company of making the closure announcements in a “stealth manner, with insufficient time allotted for customers and workers to plan.”

The resolution appeared to garner quick support from several councilors on Wednesday. But Fernandes Anderson held off from motioning for a vote on it, as she wants the matter to go before a public hearing where she hopes officials can hear from Walgreens directly.

The resolution is now in committee, awaiting a hearing to be scheduled.

“Obviously this is a big ask, but I want to have a conversation about it … and really be able to assess how these closures are impacting our communities,” Fernandes Anderson said.

Walgreens did not immediately return a request for comment on Friday.

Company spokesperson Kris Lathan provided The Boston Globe a statement earlier this week, but it did not give specific reasons why Walgreens selected these three stores.

“As we expand as a leader in healthcare, we are focused on best meeting the needs of patients and customers in communities we serve by creating the right network of stores in the right locations,” the statement reads. “When faced with the difficult task of closing a particular location, several factors are taken into account, including things like the dynamics of the local market and changes in the buying habits of our patients and customers, for example.”

Worrell, whose district includes the Mattapan store, was not able to attend Wednesday’s council meeting but said in a statement Thursday that Walgreens was “putting profits over customer care.”

“Without properly notifying the community, providing them with alternative options, Walgreens has done this quietly in hopes of no one noticing,” Worrell said in the statement. “We are strongly urging them to keep their facilities open until our constituents can make new plans to get the medications they need without being left in the dark. Boston will uphold its legacy of defending hard working citizens and providing them with the best of resources, from public and private means.”

Walgreens reported $4.4 billion in net earnings during fiscal year 2022, up 2.5 percent from the year prior. CEO Rosalind Brewer also sat among the country’s top-paid chief executives last year, having received $28.3 million in compensation.

“You’re making money in communities of lower socioeconomic class and … you are profiting and making a huge profit margin,” she said Wednesday, adding that councilors must “really hold them accountable.”

Closing these stores is “not OK,” she said. “We have a lot of elderly senior homes in Nubian Square, in and around Roxbury, Mattapan, and everyone is just devastated and not knowing what the solution will be.”

“I think it’s reprehensible that a major corporation is actively telling a broad swath of people ‘too bad, so sad’ when it comes to their health and wellness and putting their profits first,” Councilor Gabriela Coletta said.

She drew a parallel to how late Mayor Thomas Menino stood against fast food chain Chick-fil-A from opening in Boston in 2012 because of the company’s opposition to same-sex marriage.

“We can do this,” Coletta said. “We have leverage.”

Councilor Ricardo Arroyo, who represents Hyde Park, said the city must learn more about how large corporations make decisions to close stores. He said these closings often happen in communities of color, who are then left without resources.

She touted how during her tenure at the Boston Public Health Commission, the city was able to give Roxbury a full-service supermarket by using federal and municipal grants to expand the locally-owned Tropical Foods in 2015. She suggested the city could maybe put out a request for proposals to help local pharmacies expand into neighborhoods that need them most.

Lara added her name in support of the Walgreens resolution, but clarified: “I have to be honest that my stance is to let them shut down.

“I don’t think we need these kinds of folks doing business in our neighborhoods,” she said. 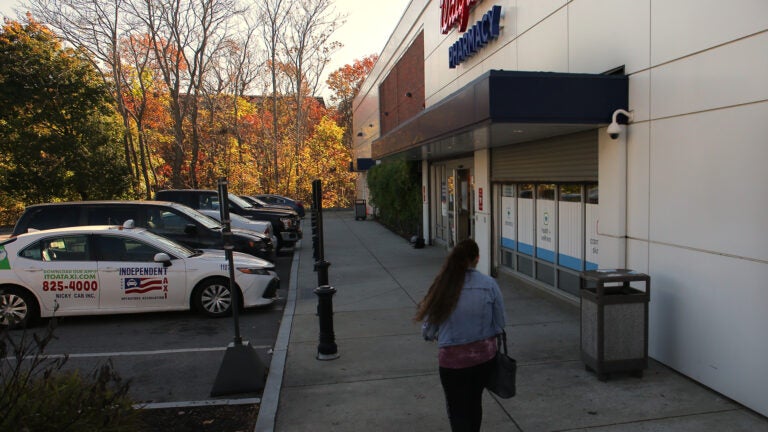