CONCORD, N.H. (AP) — A dispute over recount results is headed to court with the balance of power in New Hampshire’s 400-member House still yet to be determined.

Initial results in Manchester’s Ward 6 showed Republican Rep. Larry Gagne defeating Democrat Maxine Mosley by 23 votes. A recount last week gave Mosley a win by one vote, but Secretary of State David Scanlan later said the recount would continue this week because there was a discrepancy between how many ballots were counted during the recount and those counted during a separate audit.

That prompted Mosley and the state Senate’s Democratic leader, Donna Soucy, to file a lawsuit seeking an emergency order to stop the proceedings. They argue that Scanlan declared Mosely the official winner after the recount, and that state law only permits a second recount if an audit reveals a discrepancy greater than 1%, which wasn’t the case here.

“If the defendant is permitted to arbitrarily order a second recount in this case in violation of New Hampshire law, that will undermine the confidence of plaintiffs, candidates, and voters that New Hampshire elections are conducted according to the law,” the lawsuit states.

New Hampshire Democratic Party spokesman Colin Booth accused Republicans of trying to “conduct recount after recount until they achieve their desired result,” while Republicans accused Democrats of voter suppression. In his response to the lawsuit, Scanlan argued that he ordered a “continuation of the count,” not a “recount,” and that announced vote tallies are not official until all reconciliation efforts are complete.

“The state will clearly state what the plaintiffs are asking for but refuse to say: the plaintiffs want this court to disenfranchise New Hampshire voters in the name of ‘finality’ and ‘fair elections’ to preserve an administrative error in a recount rather than allow the process to continue to the required end of its constitutional obligation,” he wrote. “An inadvertent error … should not corrupt the outcome of the democratic processes.”

A hearing on the lawsuit was scheduled for 1 p.m. Monday. The recount continuation is set for Tuesday.

Whatever the outcome, whichever party ends up in control will have only a razor-thin margin. The initial post-Election Day tally showed 203 Republican winners and 197 Democrats, with more than two dozen recounts, several of which still haven’t been completed. Control of the House has flipped in six of the last nine elections, most recently in 2020 when Republicans gained a 26-vote majority. 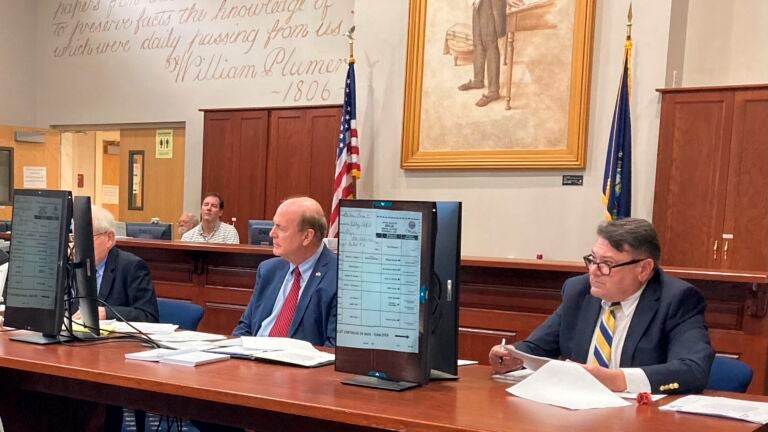