SAN FRANCISCO — Kanye West, a rapper and fashion designer known for antisemitic commentary, is no longer buying Parler, a social media service that bills itself as a platform for free speech and is popular among right-wing audiences, the company said Thursday.

West, who goes by Ye, agreed to buy Parler for an undisclosed sum in October, days after Instagram and Twitter restricted his accounts in response to antisemitic commentary he shared on the platforms. The deal set Ye up alongside Elon Musk, who was buying Twitter, as prominent figures who would own a social media company, giving them personal outlets to assert their views about speech on the platforms.

But Ye’s deal for Parler collapsed in mid-November, a Parler spokesperson said. The social media service, owned by Parlement Technologies, did not specify why the sale to Ye was not moving forward.

“Parlement Technologies has confirmed that the company has mutually agreed with Ye to terminate the intent of sale of Parler,” a Parler spokesperson said in a statement. She added that Parler would “continue to pursue future opportunities for growth and the evolution of the platform for our vibrant community.”

In October, Ye said he would use Parler to ensure that conservative voices were heard. “In a world where conservative opinions are considered to be controversial, we have to make sure we have the right to freely express ourselves,” he said.

Since then, Ye has continued to push antisemitic messages. Several fashion brands, including Adidas, have severed deals with him because of those posts.

On Thursday, Ye appeared on a podcast hosted by Infowars conspiracy broadcaster Alex Jones, during which Ye praised Adolf Hitler.

“Every human being has value that they brought to the table, especially Hitler,” Ye said during the interview, which took place about two weeks after he dined with former President Donald Trump at Trump’s Florida home in Mar-a-Lago, accompanied by Nick Fuentes, an outspoken antisemite and Holocaust denier.

The restrictions on Ye’s Twitter account were lifted last month. He was welcomed back to the platform by Musk, who had completed his acquisition of the social media service.

Musk responded to one of Ye’s first tweets after returning to the platform with a message that toyed with Ye’s name: “Don’t kill what ye hate Save what ye love.”

Ye has celebrated his return to Twitter, frequently posting messages to the service. “I love the first amendment!” he tweeted Thursday. “I pray to Jesus that Elon is for real …”

His account on Parler has been largely dormant in recent days. Ye’s last Parler post was a week ago, when he shared the hashtag “#YE24,” hinting at another presidential run. (During a bid for the nation’s highest office in 2020, he missed the deadline to appear on the ballot in many states and got only about 60,000 votes.)

Parler, which was started in 2018 and is based in Nashville, Tennessee, is known as an alternative and anything-goes social media site. It has become popular among those who said they had been censored on mainstream platforms for holding right-wing views. Backed by right-wing activist and heiress Rebekah Mercer, Parler was once the most downloaded app on Apple’s App Store, fashioning its resistance to stringent content rules into a selling point and drawing millions of Trump’s fans in the process.

Last year, Apple, Amazon and Google kicked Parler off their platforms after the app hosted calls for violence around the time of the Jan. 6, 2021, riot on Capitol Hill. Apple and Google later restored the site to their app stores, but it has struggled to maintain a large user base.

When Parler was returned to Google’s Play Store in September, Christina Cravens, Parler’s chief marketing officer, said in a statement, “While Parler believes the best way to address the problems of hate and divisiveness in today’s culture is to allow more speech, not less, we are still happy to do business with those who think differently, on the terms on which we do agree.” 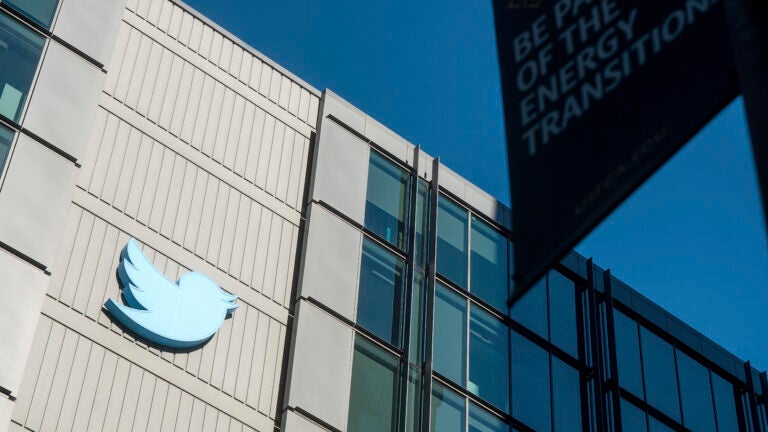