On Friday, to avert the strike, Biden signed the bill passed in the Senate a day earlier to make it illegal for workers to walk off the job. In doing so, lawmakers sacrificed what rail unions had long pushed for: guaranteed paid sick leave days.

The president said the measure was necessary to avoid “what, without a doubt, would have been an economic catastrophe at a very bad time in the calendar.” The law came just days before Dec. 9, the agreement deadline ahead of when unions promised to strike.

Rail unions are now making clear, however, their belief that Democrats, who have consistently touted themselves as the party of working Americans, rolled right past a chance for championing a victory for workers.

“You can damn well believe our members will remember which politicians supported a basic, common courtesy of a sick day when they go to the ballot box,” said Clark Ballew, a spokesman for the Maintenance of Way Employees Division of the Teamsters Union.

Chuck Todd, host of “Meet The Press,” read Ballew’s quote to Clark on Sunday ahead of a question: “Are you comfortable with the fact that it’s the Democrats that basically passed a bill here that prevented the addition of more sick days to this agreement?”

Clark, a Revere Democrat, called it a “national shame that we do not have paid sick leave in this country as a national policy for every single worker, including the railroad workers.”

She went on to tout, however, how Democrats included provisions for paid sick time in the American Rescue Plan Act and the Build Back Better Act, though they were not included in final versions of either law.

Clark placed the blame on her Republican colleagues.

“We have met absolute resistance from the GOP,” she said. “But our commitment is not to back down from this issue, but to continue to press. It is good for workers and it is good for the economy.”

Clark is nearly at the helm of the Democrats, having secured the party’s No. 2 House position last month as party leadership changed hands and generations.

On Sunday, she acknowledged the new leaders will be saddled with the challenge of being the minority party.

“But the commitment that we have had to the people of this country, to workers, to women, to the climate is going to continue on,” Clark said.

Watch the full segment on “Meet The Press.” 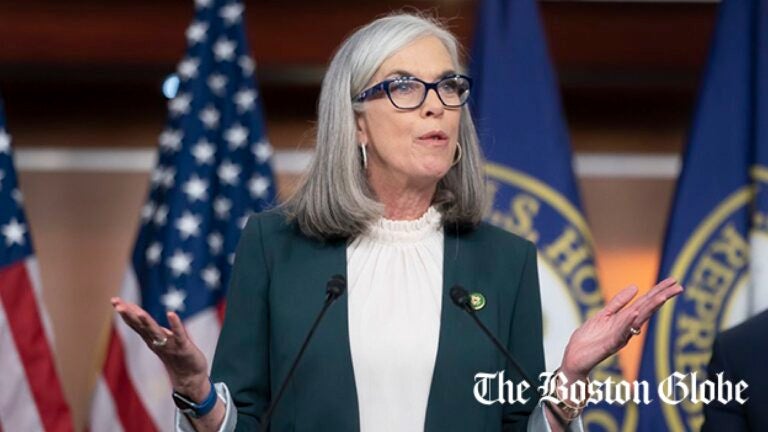 In fiery remarks, Katherine Clark blasts ‘extremists who have taken over’ speaker vote