Should the state be doing more to help Boston navigate the addiction and homelessness crisis around Mass. and Cass?

Instead, she said the matter is a “subject of ongoing discussion.”

“Really, you know, what’s important here is that teams are talking — the state team talking with a team here in the city of Boston, working with other towns and cities around the state making sure that there is a ready flow of information,” Healey said, standing alongside Wu at City Hall. “And then together, we’ll figure out what we need to do when it comes to housing and treatment and options. It’s all about communication, and it is about partnership.”

But after years of issues in the area, and over $40 million in state investments spent already, what more does the incoming governor need to know?

“That’s what we’re going to determine right now,” she said.

Indeed, specifics of how exactly Healey may work with Wu on some of the city’s most pressing problems, from housing to transportation, were out of grasp for reporters, as Healey again floated campaign generalities in a press briefing that ran for eight minutes.

Just a month shy of her overwhelming and historic win on the heels of an unchallenged primary election, Healey has offered few details about policy and her governing approach.

On Tuesday, for example, when asked about her thoughts on rent control, Healey reiterated a campaign line that she believes it is “up to communities to decide.”

Housing, she said, “is an area where we need everyone working together, to do what we need to do, to fix what needs fixing.”

Reporters tried to suss out whether Wu and Healey, both considered party progressives, will diverge when it comes to Boston’s troubled intersection around Massachusetts Avenue and Melnea Cass Boulevard, but gained little insight.

In recent months, Wu’s public back-and-forth with outgoing Gov. Charlie Baker has called into question just how much assistance the state should be giving Boston to deal with the substance use, homelessness, and humanitarian issues that plague the area, which attracts individuals not just from Boston, but throughout the region.

Asked at that time if part of the issue is that communities outside the city are not pitching in enough, Healey acknowledged that argument but said, “That’s just not true.

“You do a census, the majority of the people down there, they are still from Boston and Greater Boston,” she continued. “I know that was talked about and trust me, I support programs in regions. No community is immune [from addiction problems]. But I don’t think it’s the case that other cities and towns aren’t doing enough.”

“And a lot has been provided by cities like Boston,” she added. “And so right now it’s about, let’s take stock of where things are at right now, have those conversations, and figure out what we need to do moving forward.

“But everyone, whether you’re here in the city of Boston, or elsewhere around the state, I think all of us in office share the goal of making sure that people who are dealing with issues of substance use disorder, who are dealing with mental health issues, (have) the care and the treatment that they need, and that is going to come from both towns and cities and the state.”

Wu, for her part, told reporters she sees a partner in Healey when it comes to Mass. and Cass.

“With every policy, the success of our implementation ends up being about the day to day conversations, communications off the ground, and the nitty gritty details of how to move things forward,” Wu said. “And we have that commitment, and we have that partner, and I’m eager to help provide whatever support we can in Boston, so that we can see that relationship builds at every level.”

‘The first of many, many regular meetings’

Both officials on Tuesday stressed how they, together, will foster a strong relationship between the state and its largest city once Healey takes office next month.

Healey said the meeting was “the first of many, many regular meetings and conversations because that partnership between the city and the state is so, so important.”

Wu, meanwhile, said the city is ready “to make sure that her administration is successful.”

There have been questions on how exactly the pair’s working relationship will operate, however.

Although both are considered progressive Democrats, there have been moments of divergence between the two, notably with their rival endorsements in the attorney general’s race this year. (Healey backed now Attorney General-elect Andrea Campbell, while Wu favored labor attorney Shannon Liss-Riordan. The disagreement reportedly led to a heated phone call between Wu and Healey.)

And some in Healey’s orbit have said they think the incoming governor will govern more as a centrist, potentially setting up some policy friction with Wu, elected last year under the promise of delivering systemic change.

As the two women exited Tuesday’s press briefing, Wu, for a brief second, stopped to hear a final question.

And before the reporter could finish, Wu, apologetically, stepped away. 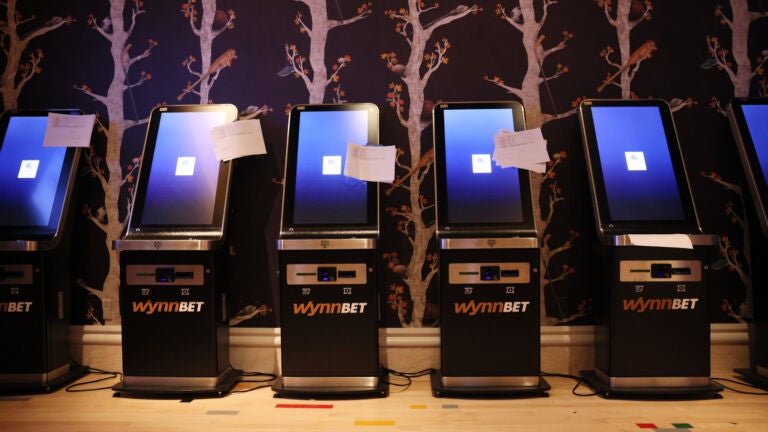