Rep. Ayanna Pressley says that Boston Mayor Marty Walsh’s proposal to reallocate $12 million from the local police overtime budget toward social services is a step in the right direction — but only a step.

“We’re making progress, but given the depth of the hurt, it is a drop in the bucket,” the Massachusetts congresswoman said during an appearance Tuesday night on WGBH’s Greater Boston, when asked if Walsh’s proposed reallocation was “enough.”

“We can’t tinker around the edges of this,” she added.

Pressley, whose congressional district includes most of Boston, weighed in on the debate ahead of an expected City Council vote Wednesday on Walsh’s proposed budget.

Amid national protests against racial injustice and calls to “defund” the police following the killing of George Floyd by an officer in Minneapolis, the Boston mayor proposed moving $12 million from the Boston Police Department’s overtime budget — or less than 3 percent of the BPD’s overall budget — to community programs aimed at reducing inequality.

However, the majority of city councilors say Walsh’s proposal doesn’t go far enough, and have proposed taking as much as 10 percent of the police department’s $414 million budget to invest in social services, like mental health, housing, and assistance for minority-owned businesses. In a statement last week, Pressley applauded the proposal.

Still, Walsh has said he doesn’t plan to make any additional cuts to the police budget. Several city councilors, including Michelle Wu and Julia Mejia, have subsequently signaled that they will vote against Walsh’s budget proposal.

A former Boston city councilor herself, Pressley noted Tuesday that she had also opposed Walsh’s budget proposals in the past, albeit for different reasons.

“I just remember the unjust choices that were hoisted upon us,” she said on WGBH. “I voted down several budgets because I refused to make the unjust choice between a paraprofessional and an accredited librarian and a school nurse, and I wasn’t going to vote to put more police in our schools. Our first responders have a role to play in society, but they don’t need to play a role in every part of society — and they don’t want to.”

During the interview, Pressley said the current movement against police brutality and systemic racism was putting the country “on a pathway to reimagining how we ensure the health and safety or communities.”

“If you really believe that Black lives matter, it is in how we legislate and it is in how we move on these budgets,” she said. “It’s about the investments that we make.”

Since arriving in Congress, Pressley has often emphasized that the 7th District is among both the most diverse and unequal congressional districts in the country, which she attributed Tuesday to “underinvestment” in communities of color.

“There will be unrest in the streets for as long as there is unrest in lives of Black Americans,” Pressley said. “The tipping point has been these most recent murders of unarmed Black folk, but that’s not the only reason people are in the street. They are in the street because of the unjust outcomes across every issue, from housing to transportation to education to health care.” 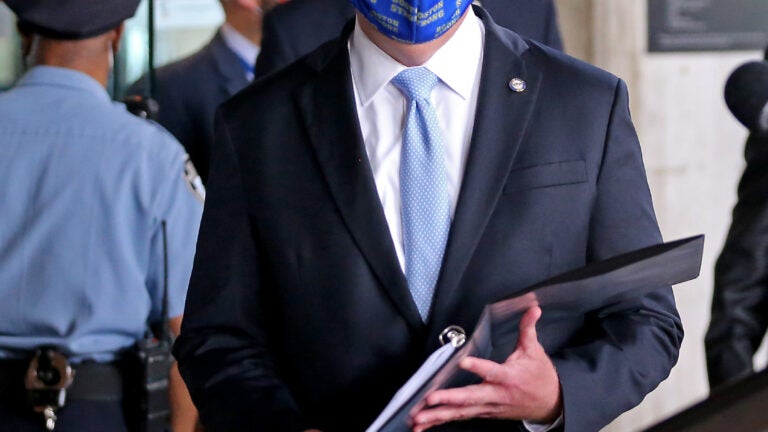