A conglomerate of Black staffers of the Massachusetts State Legislature, drawing from their own experiences encountering racism on Beacon Hill, have banded together to give lawmakers a list of eight demands aimed at making the State House more equitable, accountable, and diverse.

“In stepping forward with these critiques and outlined requests we are thinking of our initial encounters within the Massachusetts Legislature, the ensuing years of hushed grievances, and our role in ensuring that newly hired staffers of color are not met with the same barriers we came to understand as status quo,” reads a letter sent to officials last week by the Black staffers of Beacon BLOC, or Building Leaders of Color, that the group published Wednesday. “We were never blind to the prevailing and historic whiteness of the Massachusetts Legislature when we proudly arrived to serve, yet we did not anticipate the multitude of ways it threatens to swallow. We firmly believe Black staff ought to feel as empowered in our workspaces as our white counterparts.”

Beacon BLOC is now urging lawmakers to work with them to create a Central Office on Diversity, Equity, and Inclusion, as well as on new mechanisms for “reporting and addressing racially-motivated aggressions.”

Furthermore, the letter calls on leaders to suspend lobbyists who repeatedly perpetuate workplace abuse, and to create a talent pipeline for staff and personnel of color to jobs in state government through the creation of a paid internship program and engaging with schools and workforce development programs.

“Staff of color are an anomaly in the State House to such an extent that those of us in diverse offices are referred to as ‘The United Nations’ by our white peers,” the letter says. “The infrequent diversity within the People’s House not only leaves the few staffers of color vulnerable to harm but also shifts the burden of accurately representing the wide-ranging experiences of communities of color onto tokenized staffers of color already tasked with other duties. Communities of color are underserved by this current system and are deterred from engaging with their legislators when they do not see themselves or sufficient opportunities for engagement or advancement.”

We are a collective of Black Staffers at the Massachusetts State House and last week we sent the following letter to @KarenSpilka @SpeakerDeLeo and @BillGalvin4MA with a list of demands if they truly want the State House to be a place that values and supports Black Staffers pic.twitter.com/1jWX86QUAK

Beacon BLOC has about three dozen active members. Maia Raynor, legislative director for Sen. Sonia Chang-Diaz, told The State House News Service Wednesday she estimates there are only about 34 employees in the House, Senate, or General Court offices who are Black.

“After the murders of Breonna Taylor, George Floyd, Ahmaud Arbery and so many, a few of us are coming together to see what we can do to meet this moment,” Raynor told the News Service. “It first started with: How can we make sure we’re pushing for things within our own offices?”

The group is also pushing lawmakers to extend the current legislative session — which ends Friday — through October.

In its letter, Beacon BLOC notes that Black residents and communities of color have been disproportionately impacted by COVID-19 during the course of the pandemic — issues that compound on those stemming from the longstanding impacts of racism.

“Black residents nationwide have some of the highest rates of infection and mortality; we are more likely to be essential workers, live in crowded housing, and suffer inadequate health care. While our elected leaders have acknowledged these disparities and taken initial steps to close these racial gaps, more important work remains,” the letter reads. “As Fall nears — during which a second wave of COVID-19 infections are predicted — we lack formal legislative structures to dismantle the systemic racism which perpetuate both pandemics.”

The House voted on Wednesday to pass an order to suspend the Legislature’s rules and extend the session through January.

House Speaker Robert DeLeo said officials are “cautiously optimistic” that the state will maintain its gains in its battle against coronavirus, but need to be readily prepared to address issues of “health, safety, and economic well-being” for the commonwealth in the coming months.

“The Senate is pleased that the House has agreed with us to extend the session to complete vital legislation and stand ready to act as required by the COVID-19 crisis,” Senate President Karen Spilka said in a statement.

The move will require approval from both chambers. Spilka did not say when the Senate will pick up the measure, but said she wants to see the police reform bill passed by the end of this week.

“In light of the recurrent killings of unarmed Black citizens — a direct consequence of structural racism — Leadership of both branches have publicly stated their commitment to combating racism and listening to those most impacted by it,” Beacon BLOC wrote in its July 18 letter. “That commitment has yet to be realized, and as the days left in formal session continue to wind down, we question the likelihood of the Legislature sending a comprehensive bill that centers the needs of Black residents to the Governor’s desk before the July 31st end of formal session.”

The group, writing that “every policy is an opportunity for racial justice,” is also asking lawmakers to create an independent Office of Policy Equity to review how each bill advances racial equity principles or comes up short.

“So many bills go forward without accountability, transparency and meaningful engagement of communities of color,” Raynor told the News Service. “That’s really what we’re looking at as a problem for a lot of legislation that has moved forward, not only recently but in the past.”

According to Beacon BLOC, the letter was sent to Spilka, DeLeo, and Secretary of State William Galvin. Only Spilka responded, and the group is working on setting up a meeting with the Ashland Democrat, the News Service reports.

Beacon BLOC calls on allies inside and out of the building to elevate and amplify our concerns and urge other State House leadership to meet with us and demonstrate their commitment to protecting and uplifting Black Staffers. Show support by signing here: https://t.co/dKP1gyYkVn

DeLeo’s office, in a statement to the News Service, highlighted rule changes passed by the House two years ago to create an equal employment opportunity officer and an employee engagement director as part of an initiative to rid the State House of discrimination, retaliation, and sexual harassment.

“From an initial read, there may be overlap between some of the group’s requests and the House’s expanded HR functions,” DeLeo’s office told the news outlet. “We look forward to learning more about the details of the requests and how we can work with our partners in state government on enhancing best practices.” 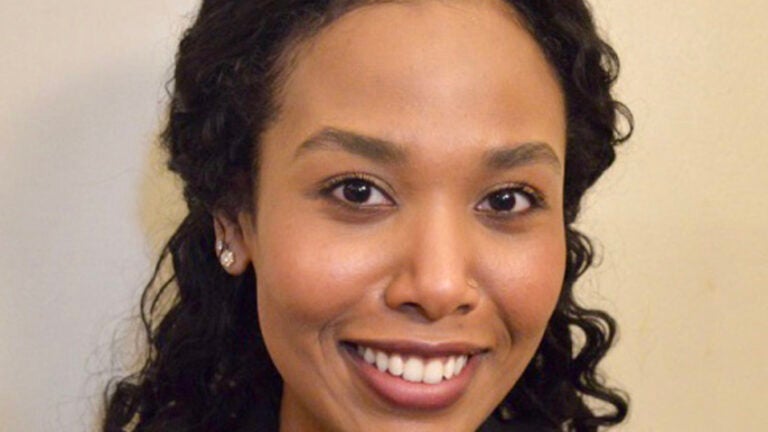