CHICAGO — The old guard of this city’s Roseland neighborhood, a community on the South Side famous for molding a young Barack Obama and infamous for its current blight, has never forgotten the fruit trees.

Back in the 1970s, before the full exodus of white residents, the erosion of local businesses, the crack epidemic of the 1980s and the disinvestment that followed, it was the trees that signaled the societal elevation of Black families — separating those who moved here from the urban high-rises they fled. An apple tree greeted Antoine Dobine’s family in 1973, he said. The tree meant a yard. A yard meant a home. And a home meant a slice of the American dream, long deferred for Black Americans.

Today, as activism against racial inequities raises questions of whether anything will actually change for many Black Americans, Dobine’s street in Roseland tells a different story about that same American dream, and the place for Black people within it. The fruit trees have been replaced with overgrown lots. Residents say gangs use the abandoned areas to stockpile weapons, which children sometimes find. Police are omnipresent, a source of comfort for those who believe they deter crime, and an instigator for others who say they perpetuate abuse.

But more than anything, it is the consistency of the neighborhood’s struggle that bothers its tight-knit group of activists, who are skeptical that the nation’s current focus on racial injustice will mean tangible improvements in the lives of those who most need it.

White Democrats have often been the opponents of these local leaders in the deep-blue world of Chicago politics. White Democrats fled Roseland and nearby communities after the influx of Black families in the 1960s and 1970s, diverting political attention and business investment. In other areas of the city, white self-professed liberals have now moved back — sometimes, in effect, replacing Black residents with yard signs that read “Black Lives Matter.”

And while this area, and Black voters, continue to vote for Democrats in overwhelming numbers, activists say that is a consequence of the Republican Party’s reputation as the home of white grievance politics, not an absolution of Democrats’ failures.

Dobine pointed to the vacant lot across from his house.

That’s 30 years of Democratic mayors, governors from both parties, one president — Donald Trump — who promised to end urban gun violence and another president — Obama — who is Black and used to be a local community organizer.

“We want to be a community that’s paid attention to,” said Diane Latiker, who has lived in Roseland for 32 years and runs a neighborhood nonprofit called Kids Off the Block. “But no one wants to run a campaign on us.”

The words “Black Lives Matter” are now everywhere. The police killing of George Floyd in Minneapolis ignited a national protest movement that swept the country, and polling indicates a significant shift in racial attitudes by a wide array of Americans. Companies, sports leagues, celebrities and political figures have embraced the broad tenets of the social justice activists, speaking with a newfound frankness about systemic discrimination and police brutality against Black people. The polling shifts are particularly acute among white liberals, tied to their rejection of Trump and the politics of white grievance he offers.

But while activists acknowledge the size and the scope of the recent protests, their lives inform their doubts.

“At the end of the day, they’re going back to their house and their suburb and they’re insulated,” one activist, Marc Pullins, who runs a group called Roseland Matters, said of the more privileged protesters. “It’s the topic of the moment. There’s an election coming up. But this is our life.”

Over the weekend, Chicago police officers shot and wounded a reportedly armed man in Englewood, another South Side community. The resulting chaos led to misinformation, frustration, clashes with police, and extensive looting that extended to the city’s downtown areas. More than 100 people were arrested and access to downtown was restricted in the following days. At a news conference on Monday, Mayor Lori Lightfoot and the Chicago police superintendent, David Brown, tried to separate the disruptive behavior from the protests about police brutality and racial injustice.

“What occurred in our downtown and surrounding communities was abject criminal behavior, pure and simple,” Lightfoot said. “This was straight-up felony criminal conduct.”

This is not a distinction every activist makes. While they denounce criminal behavior such as looting and violence against police, they say such actions are born out of a frustration with the lack of progress for Black people and their communities. It has also resurrected a common critique among activists: City officials will act quickly if white livelihoods are threatened.

When asked how much of Roseland’s plight could be ascribed to racism, Dobine responded, “All of it.”

“Right now, the residents have no type of hope about where they live,” he said. “They’re talking about looting, but there’s nothing here to loot. It’s like you’re living in a desert.”

How should America’s year of racial reckoning be measured? The community activists in Roseland are collectively suggesting a standard different from polling, or an election, or the millions of dollars that have poured into progressive organizations. Who will be president in 2021 is one question, but the activists are more interested in having both Democrats and Republicans refocus their political priorities. It is akin to the biblical admonishment that people are judged on how they treat “the least of your brothers and sisters.” Except the people of Roseland are not lesser, its residents say — the country is, for having failed them.

Pullins said he would believe that Black lives mattered to the broader public when the primary establishments in his community were not churches, gas stations and liquor stores. He bristled that the neighboring area of Pullman had seen recent investment.

“Pullman is getting a lot of economic development — Whole Foods, a Walmart, all that,” he said. “Fifty thousand people live in Roseland, and we don’t have one dry cleaners or one grocery store. Basic human needs are not being met here.”

The desired policy prescriptions in Roseland are wide-ranging. They do not include defunding the police, as has been the focus for some progressives and their conservative critics. In this community, the desire is for basic investment and amenities: job opportunities, grocery stores, retail corporations and Black-owned local businesses that would feel connected to the neighborhood.

In 2016, after Chicago’s mayor at the time, Rahm Emanuel, closed and privatized a mental health clinic in Roseland as part of a broader restructuring, a patient chained himself to the door in protest. Three years earlier, Emanuel, a Democrat, led the city in a mass closure and consolidation of schools that were determined to be underutilized, including schools in Roseland and nearby West Pullman.

The closures were part of a broader effort from Emanuel, who said it would save resources and divert children from failing schools into improving ones. Emanuel left office in 2019 with improved citywide graduation rates, but research has been mixed on whether the school closure decision improved educational outcomes. Jaquie Algee, who has lived in Roseland for 44 years, said no matter the test scores, it was clear that the closings had a corrosive effect in the neighborhood, implicitly underscoring that the community was expendable to decision-makers.

Algee, a vice president at the regional chapter of the Service Employees International Union, said the pattern began decades earlier.

“First it was the closing and shutting down of steel mills and companies that afforded the community to live a middle-class lifestyle,” she said. “There was this entire divestment in the neighborhood, and no one came to fix it. No one cared to fix it. They just saw us deteriorating. They just saw it over the last 20 and 30 years, which I feel like it was intentional.”

She added, “No group or society should be living in the state that we are in or have been for a long time.”

On a recent day in early August, Latiker of Kids Off the Block inspected the outdoor basketball court that the nonprofit uses as a home base, hosting tournaments, comedy shows and other events in hopes of keeping children busy — and safe. It is erected next to a memorial for young people killed by gun violence, where community members carve the name of every victim and their date of death into a stone plate.

Latiker created the memorial in 2007, after Blair Holt, an honor roll student, was killed by gunfire in a case that garnered national attention. The memorial now has more than 700 names, many of them less known outside Roseland; some of the victims went through Latiker’s after-school program.

Latiker said it frustrated her to see the gun violence in Chicago used as a cudgel by Trump and other Republicans to discredit the Black Lives Matter movement. The problems of urban violence and systemic racism in law enforcement exist in tandem, she said, and the anti-violence activists in this city are supportive of national protest efforts.

Gwen Baxter runs the Sisterhood, a group of mothers who have lost children to gun violence. Baxter said gun violence and crime were the result of economic disinvestment and displacement, a byproduct of racist public policy. She started the Sisterhood after her son was killed in 2003, she said, in part to fill gaps in public policy she saw around her.

“Go Far North, and then come back south,” Baxter said, talking about the city of Chicago. “You can feel the difference. The whole atmosphere changes. What you feel here is pain.”

Roseland’s challenges, however great, do not diminish the pride of many of its longtime residents. Latiker has refused to move, as has Dobine, following a defiant streak that will not allow them to become the deserters they resent. That pride was at its peak in 2008, when Obama completed his ascent from Roseland community organizer to commander in chief.

“We thought this was our time,” Dobine said.

In interviews and speeches, Obama has credited his time in Roseland for grounding his political philosophy and his understanding of grassroots politics. Among several Roseland residents, however, his presidency is now associated with another moment of false hope, a time when many thought the city’s systemic problems were over, courtesy of their adopted political son.

Algee, who worked on Obama’s 2008 and 2012 campaigns, said Roseland’s pride in the former president exists alongside some disappointment.

“I truly believe that it was his intent to do more in our communities,” she said. “But people were blocking every step of the way.”

Latiker took 21 children and teenagers to Obama’s 2009 inauguration in Washington, a memory she still recounts with a sense of wide-eyed giddiness. But what has happened in the subsequent 11 years informs how she feels now — and the wariness she reserves for those who promise to deliver on structural reforms.

She does not have that problem now. She expects nothing. 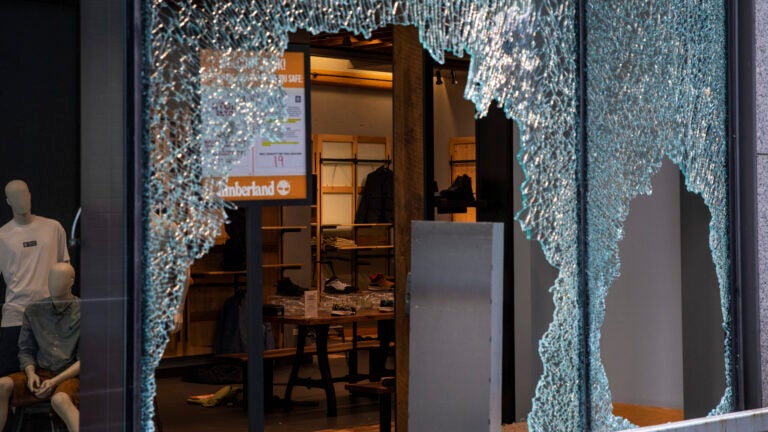