Thousands of protestors marched Friday night through Boston to demand justice for Breonna Taylor, the 26-year-old Black woman shot and killed by Louisville police in March.

The largely peaceful protests, which brought demonstrators from Nubian Square to Boston City Hall, came two days after a Kentucky grand jury indicted one of three officers involved in the shooting — a botched raid on Taylor’s apartment, The Boston Globe reports.

Charges filed against former Officer Brett Hankison were three counts of wanton endangerment for firing shots into the homes of Taylor’s neighbors. No charges were brought in connection to Taylor’s death.

“It makes me sick to see my sisters gunned down, in the streets, in their homes, while their murders walk away free — free to continue to terrorize our neighborhoods,” Gabby Ballard, of Roxbury, told a crowd at the beginning of Friday’s march, WBUR reports.

According to the Globe, protestors started to disperse around 10 p.m., after hundreds gathered on Congress Street between Government Center and Faneuil Hall. As of 10:45 p.m., no arrests had been reported, a Boston police spokesman told the newspaper. 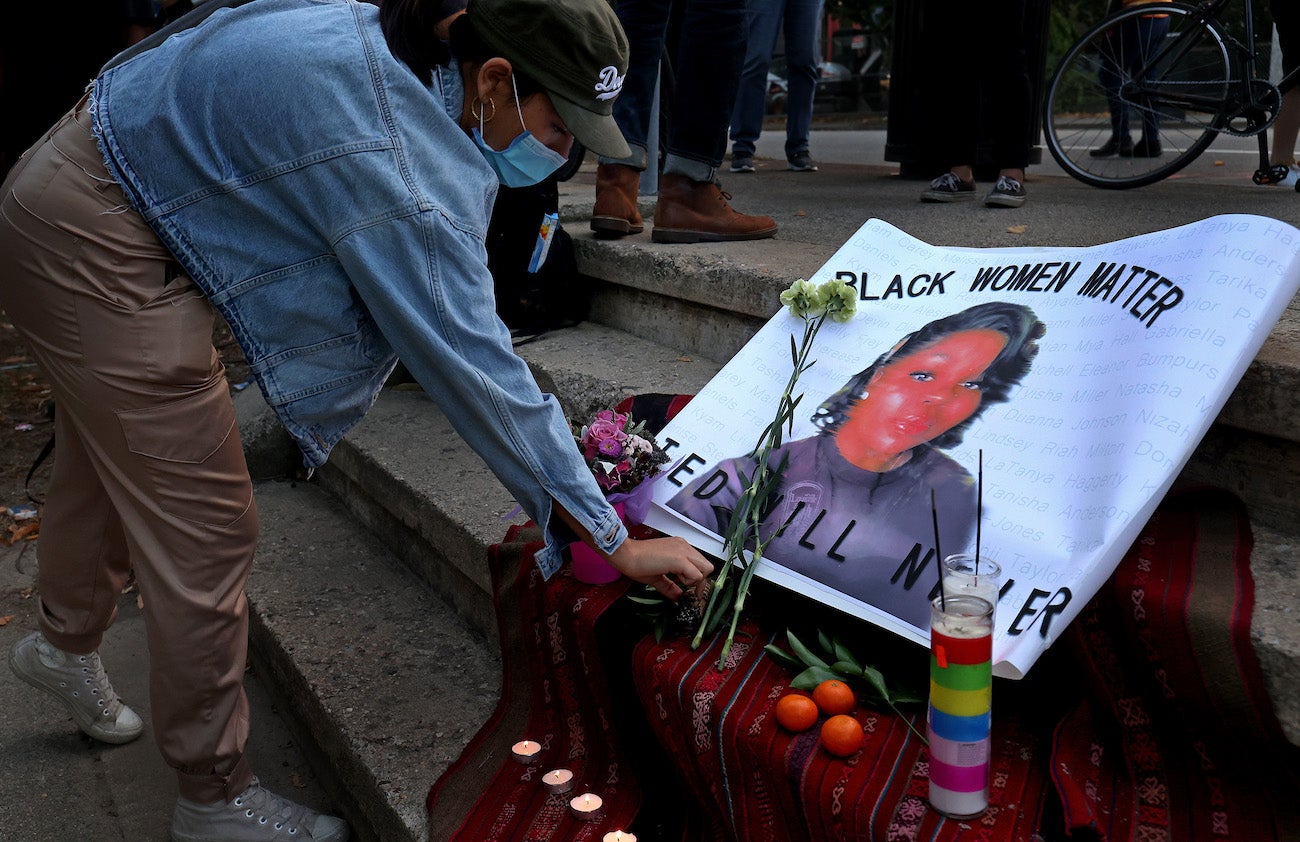 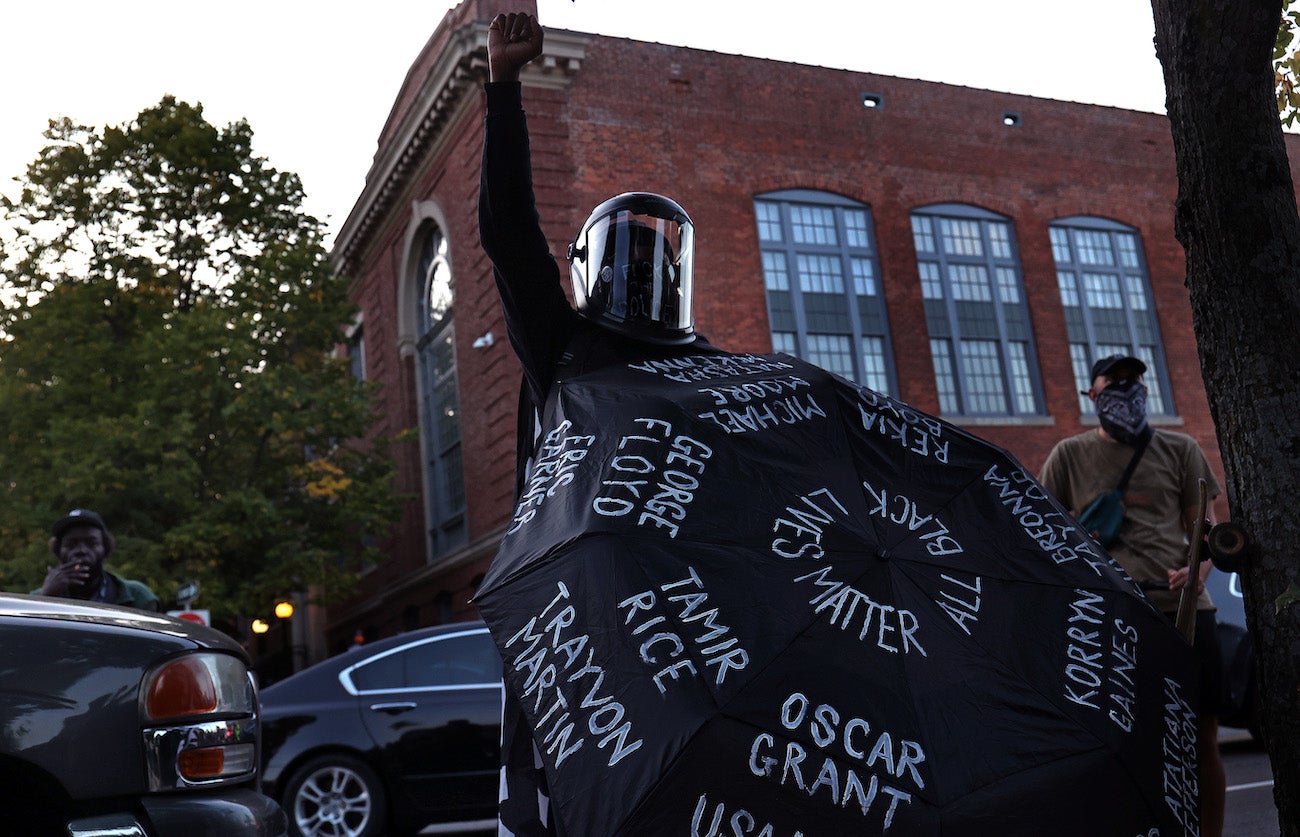 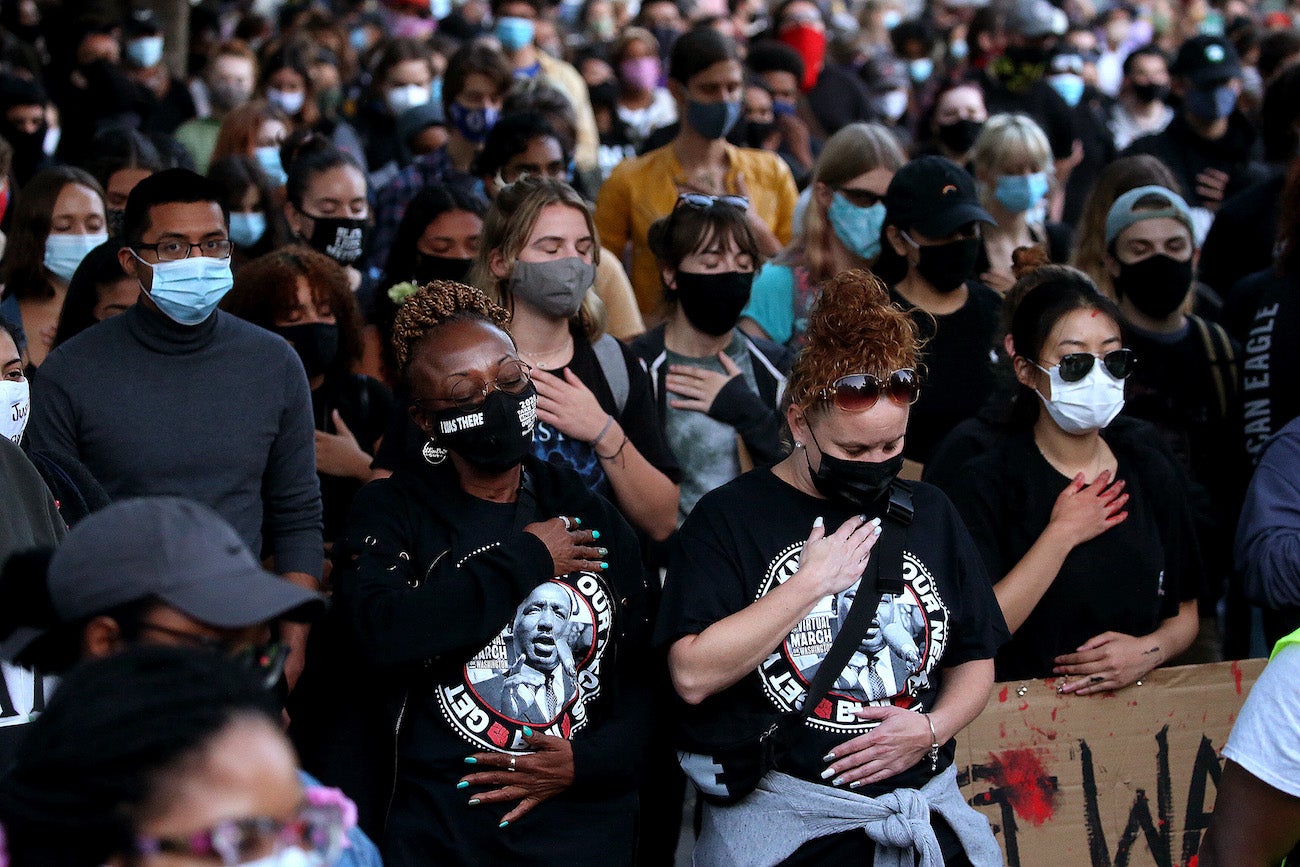 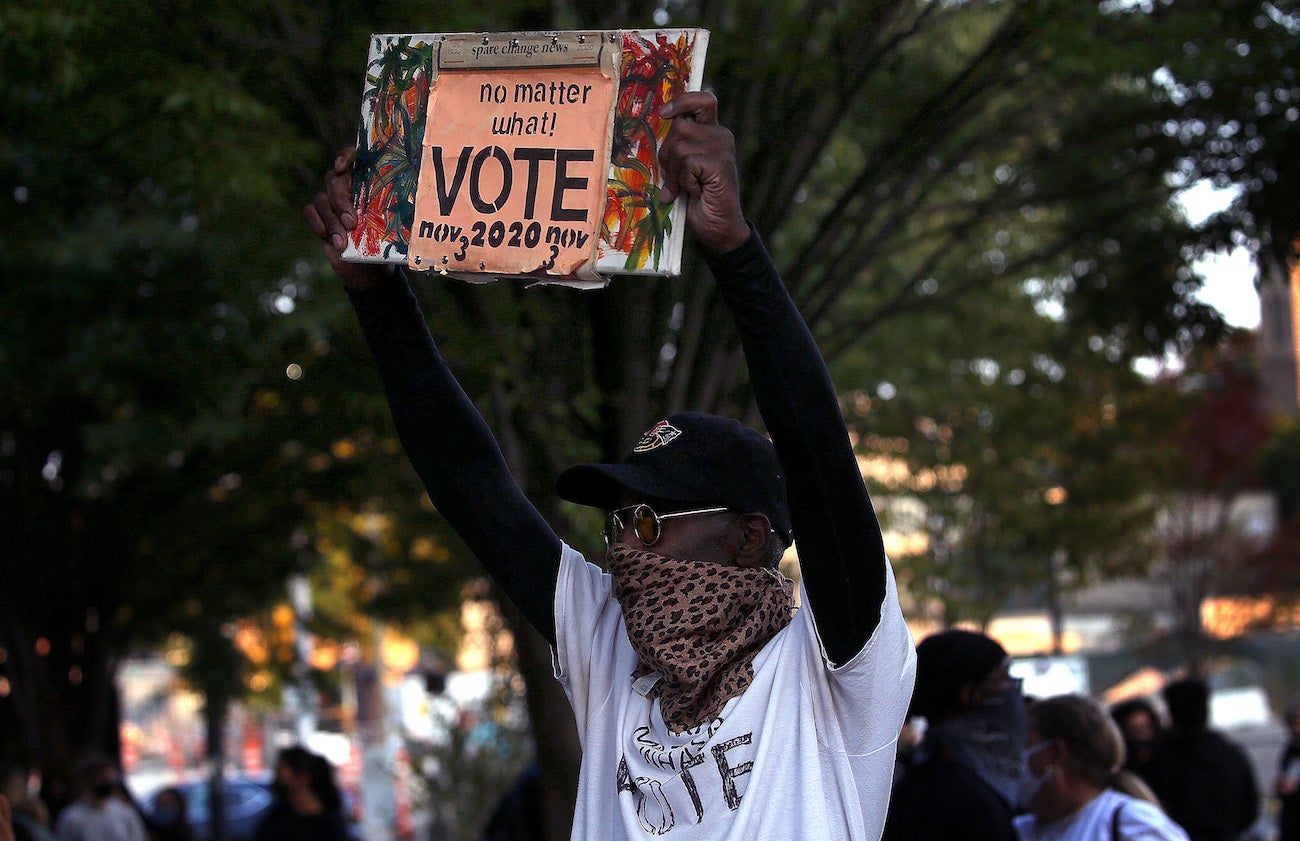 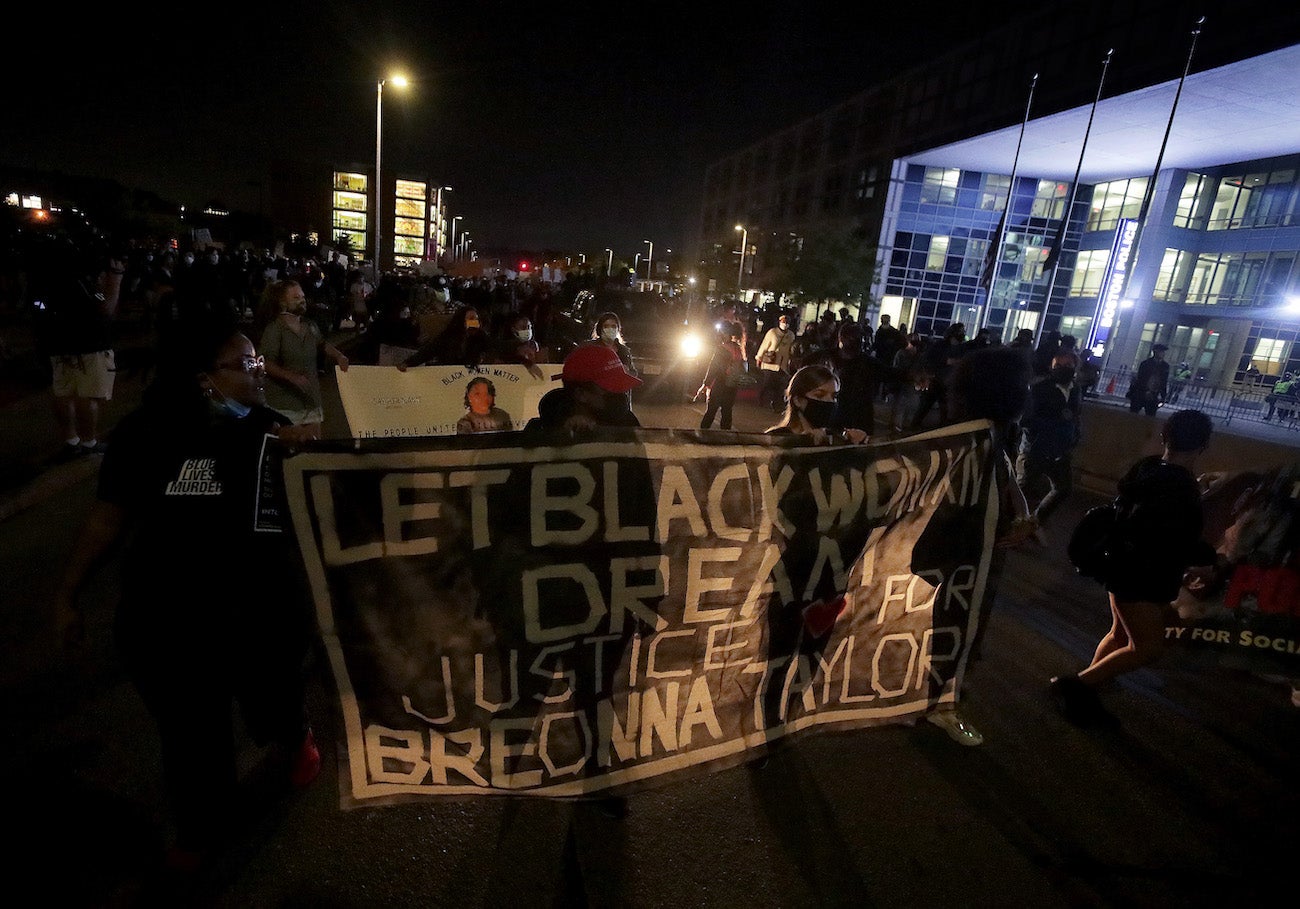 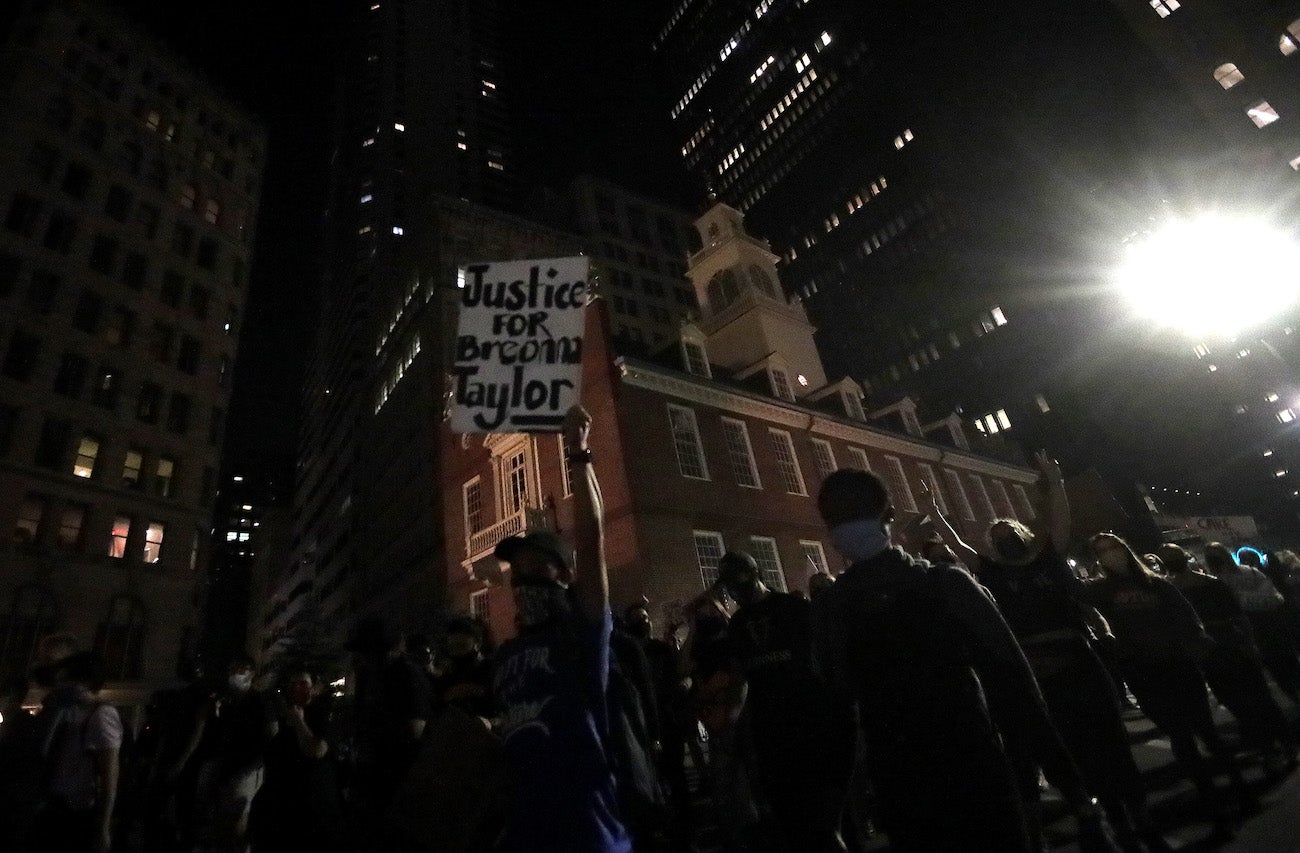 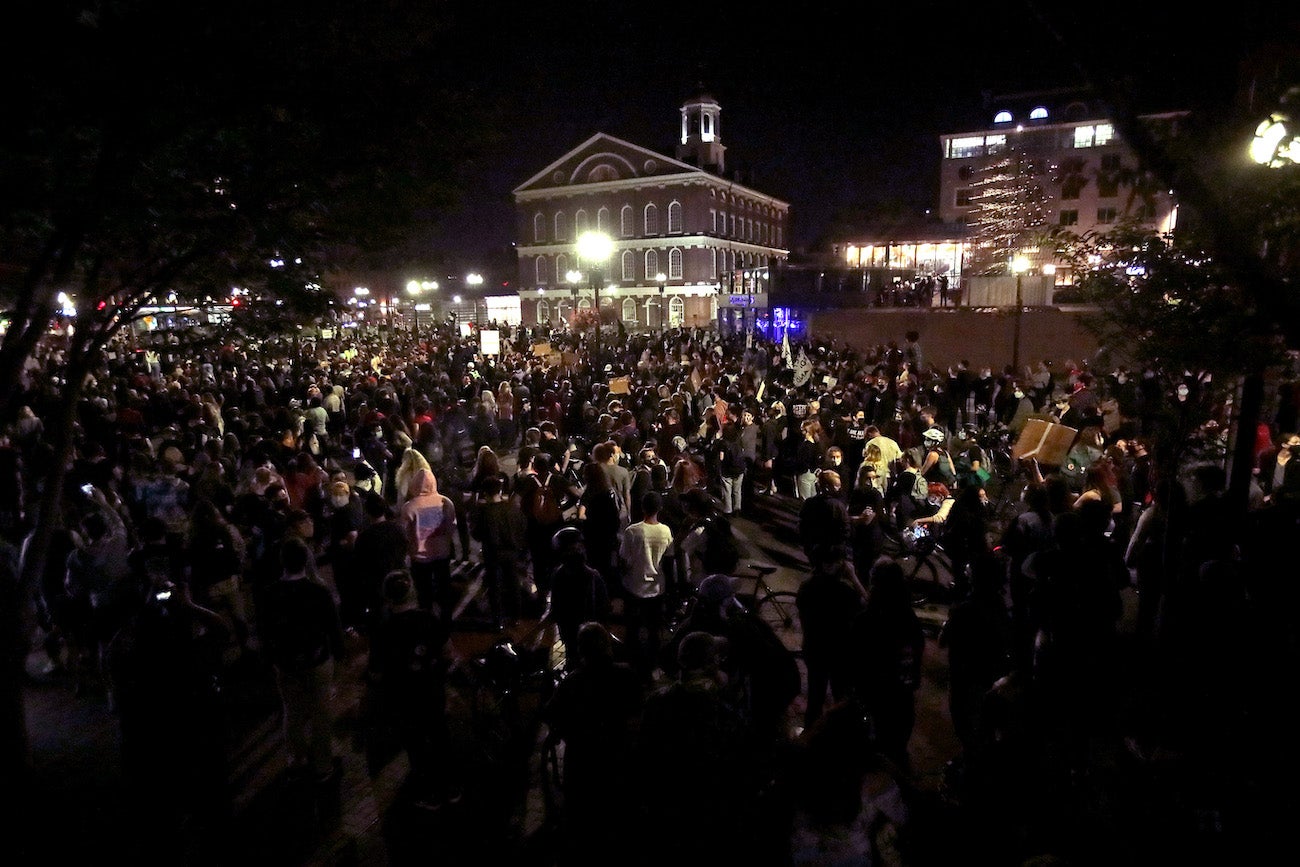