Florida’s version of the American dream, which holds that even people of relatively modest means can aspire to live near the water, depends on a few crucial components: sugar-white beaches, soft ocean breezes, and federal flood insurance that is heavily subsidized.

But starting Oct. 1, communities in Florida and elsewhere around the country will see those subsidies begin to disappear in a nationwide experiment in trying to adapt to climate change: Forcing Americans to pay something closer to the real cost of their flood risk, which is rising as the planet warms.

While the program also covers homes around the country, the pain will be most acutely felt in coastal communities. For the first time, the new rates will also take into account the size of a home, so that large houses by the ocean could see an especially big jump in rates.

Federal officials say the goal is fairness — and also getting homeowners to understand the extent of the risk they face and perhaps move to safer ground, reducing the human and financial toll of disasters.

“Subsidized insurance has been critical for supporting coastal real estate markets,” said Benjamin Keys, a professor at the University of Pennsylvania’s Wharton School. Removing that subsidy, he said, is likely to affect where Americans build houses and how much people will pay for them. “It’s going to require a major rethink about coastal living.”

The government’s new approach threatens home values, perhaps nowhere as intensely as Florida, a state particularly exposed to rising seas and worsening hurricanes. In some parts of the state, the cost of flood insurance will eventually increase tenfold, according to data obtained by The New York Times.

For example, Jennifer Zales, a real estate agent who lives in Tampa, pays $480 a year for flood insurance. Under the new system, her rates will eventually reach $7,147, according to Jake Holehouse, her insurance agent.

And that is prompting lawmakers from both parties to line up to block the new rates, which will be phased in over several years.

“We are extremely concerned about the administration’s decision to proceed,” Sen. Bob Menendez, D-N.J., and eight other senators from both parties, including Majority Leader Chuck Schumer, D-N.Y., wrote in a letter Wednesday to Deanne Criswell, administrator of the Federal Emergency Management Agency.

Created by Congress in 1968, the National Flood Insurance Program is the primary provider of flood coverage, which often is not available from private insurers. The program is funded by premiums from policyholders but can borrow money from the federal treasury to cover claims.

The average annual premium is $739. Until now, FEMA, which runs the program, has priced flood insurance based largely on whether a home is inside the so-called 100-year flood plain, land expected to flood during a major storm.

But that distinction ignores threats like intense rainfall or a property’s proximity to the water. Many homeowners pay rates that understate their true risk.

The result has been a program that subsidizes wealthier coastal residents at the expense of homeowners farther inland, who are more often people of color or low-income. As climate change makes flooding worse, using tax dollars to underwrite waterfront mansions has become increasingly hard to defend.

In 2019, FEMA said it would instead price flood insurance based on the particular risks facing each individual property, a change the agency called “Risk Rating 2.0.” After a delay by the Trump administration, the new system takes effect next month for people purchasing flood insurance. For existing customers, rates will rise starting in April.

The change has won applause from a grab bag of advocacy groups, including climate resilience experts, environmentalists, the insurance industry, and budget watchdog group Taxpayers for Common Sense.

“With a rapidly escalating threat of natural disasters, Risk Rating 2.0 is a much needed and timely change,” said Laura Lightbody of Pew Charitable Trusts, which has pushed governments to better respond to climate threats. Higher insurance costs, she said, were “a reflection of our new, wet reality.”

But the financial consequences of that new reality will be staggering for some communities.

The flood program insures 3.4 million single-family homes around the country. For 2.4 million of those homes, rates will go up by no more than $120 in the first year, according to data released by FEMA — similar to the typical annual increases under the current system. An additional 627,000 homes will see their costs fall.

Almost half of those 25,000 households are in Florida, many of them along the string of high-risk barrier islands that run from St. Petersburg south to Fort Myers.

In the tiny hamlet of Anna Maria, on the tip of an island at the mouth of Tampa Bay, one ZIP code leads the country in the number of single-family homes facing an increase of more than $1,200. Other nearby towns, including Siesta Key and Boca Grande, face similar jumps.

And those increases are just in the first year.

Because federal law prohibits FEMA from raising any homeowner’s flood insurance rates by more than 18% a year, it could take 20 years before some current homeowners are charged their full rates under the new system.

FEMA declined to make public the full amount of the rate increases that homeowners will pay over time. But insurance brokers are able to see those costs for individual homes, and they are far greater than the initial increases discussed by FEMA.

Holehouse, who in addition to selling insurance is also a flood insurance advocate for St. Petersburg, said it was misleading for FEMA to disclose the price changes for only the first year of the new rate schedule.

“I want to talk about five to 10 years from now, because most people take a 30-year mortgage,” Holehouse said.

One of his clients is Marti Beller Lazear, who is buying a house on Treasure Island, a slender strip of land off the coast of St. Petersburg. Her annual cost for flood insurance will eventually jump from $3,903 to $10,655 under the new rates.

That realization changes her calculation about whether to retire in her new house, Lazear said. Even if she pays off her mortgage, she will always face a high annual cost in the form of insurance.

“You can pay down your house,” Lazear said. “You can’t pay away the flood insurance.”

Pay More, or Move Out

Just south of Treasure Island is the small town of St. Pete Beach. Melinda Pletcher is a town commissioner. She worries that as insurance costs go up, home values will fall, even as people who cannot afford rising insurance costs will be forced to move.

“The people who are building or buying the houses that have $1 million in value, they don’t care,” said Pletcher, whose own rates are going up from about $500 a year to almost $4,500. “People that have been living here for 40 years, they end up not being able to afford to stay.”

Zales, the Tampa resident whose rates are set to eventually exceed $7,000, said she is lucky that she can afford to pay that much. For new buyers, that kind of increase will push mortgage lenders to reconsider how much money borrowers can afford to repay each month, Zales said. Future homebuyers “may not qualify for as high a loan,” she said.

Homeowners with a federally backed mortgage are legally required to carry flood insurance. Those who have paid off their mortgage, or did not need one in the first place, face a different dilemma under the new system: Whether to pay the new, higher rates or risk living without coverage.

Gloria Dumas-Ropp built a house seven years ago in a neighborhood called South Gulf Cove, about 90 minutes south of Tampa on Gasparilla Sound. She said she pays $1,120 a year now. That rate will eventually rise to about $6,000, according to data provided by Holehouse.

If that happens, Dumas-Ropp, who does not have a mortgage, said she and her husband may decide to drop coverage. She said it is wrong for FEMA to raise costs for people who bought homes near the coast expecting their insurance to remain affordable.

“I don’t know why they would do that to people who worked so hard to be here,” said Dumas-Ropp, a retired executive.

The rate hikes around Tampa Bay are unusual, according to FEMA. Most homeowners will see much smaller increases, and many will experience a decrease — the first time in the history of the program, the agency said.

As for those who may be forced from their homes by rising rates, the agency noted that it has long urged Congress to offer financial help to lower-income residents — a more targeted type of assistance than simply subsidizing policies for most homeowners regardless of income.

“For the first time, our policyholder premiums will be based on their individual risk,” said David Maurstad, who runs the flood insurance program at FEMA. “We pledge to continue to evaluate and make adjustments where and when it’s warranted.”

Lawmakers have responded to the change with alarm. Last week, 38 members of Congress signed a letter urging House Speaker Nancy Pelosi to block the change.

“We are concerned about the burden of potential double-digit rate hikes on our constituents by FEMA’s untested pricing methodology,” the letter read, calling that burden “too much for them to bear.”

Unlike current climate policy debates, which tend to break along partisan lines, views on flood insurance are less a matter of political ideology than of geography.

All but three of the members who signed the House letter represent coastal states, including five Republican lawmakers from Louisiana and all 10 Democratic House members from New Jersey. The letter was signed by 19 Democrats, including some, such as Reps. Grace Meng and Ritchie Torres of New York, who in other contexts have stressed the need to address the effects of climate change.

Neither Meng nor Torres responded to requests for comment.

Rep. Charlie Crist, the former Republican governor of Florida who now represents St. Petersburg as a Democrat, also signed last week’s letter. He rejected FEMA’s argument that higher insurance costs would serve to alert people to the risks they face.

“That’s one of the most inhumane, callous statements they could possibly make,” Crist said. “We’re going to punish you so you know what’s going on?”

In the past, insurance policy has been vulnerable to political pressure. In 2012, Congress rolled back some of the subsidies in the flood insurance program, only to reverse course two years later after voters objected to higher costs.

But the growing threat of climate change may make that kind of intervention less successful, said Roy Wright, who ran the flood insurance program until 2018 and now runs the Insurance Institute for Business & Home Safety.

“We cannot hide the truth of this increasing risk,” Wright said. “We shouldn’t hide it. Tell people the truth.” 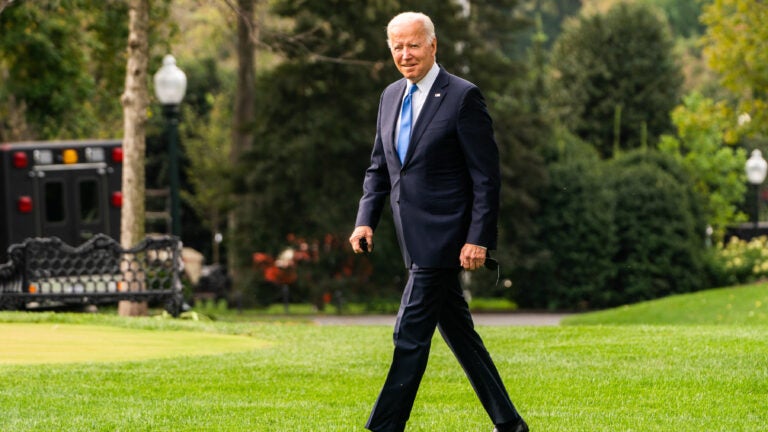