Mike’s City Diner, a Boston classic, is not immune to the increase in rude and unruly customer behavior.

On Sunday, waitstaff at the South End joint had to request support from police officers for help managing two separate incidents of disorderly customer behavior, The Boston Globe reported.

Though he wasn’t present for either incident, owner Jay Hajj said his staff debriefed him on the details, and described both incidents to the Globe.

The first time, a server unintentionally brushed up against a not-yet-served customer who became agitated and started swearing. An off-duty officer was at the diner as a customer, and helped the waitstaff manage the situation.

“We just told her to leave. And she just got up and left, but she was not happy about it,” Hajj told the Globe. “Who knows what happened, but it was all unintentional, and it happens a thousand times a day at Mike’s.”

About an hour later, a credit card dispute with customers that had already been served resulted in the group using “F-bombs” and telling waitresses they would “beat your [expletive]. Hajj said waitresses reported the group making racist remarks at them and insulting their accents. Waitstaff called the police, who told the customers to pay their bill and leave, but the patrons refused and said “let them take us to court,” Hajj said. Police took their information, but there were no arrests.

“I don’t care about the bill at that point,” Hajj told the Globe. “I know that even if they were in the right, that they shouldn’t be using that language or threatening my staff, who are extremely patient — more patient than myself, at times.”

This is a new phenomenon for Mike’s City Diner. Hajj said he could count on one hand the number of times he’s had to call the police. Most customers are patient and loyal, he said, but lately patrons have been “on edge.”

“People are getting agitated and impatient, maybe all around, maybe it wasn’t us — but their behavior was extremely disrespectful and threatening,” Hajj said. “Right from the get-go, they were very confrontational. It didn’t happen slowly.”

Since COVID restrictions were lifted, more and more restaurants and businesses across Massachusetts have been reporting inappropriate and disorderly customer behavior. Businesses have closed for staff mental health days, and many have posted signs requesting customers to remember kindness.

As a reminder, Hajj posted a photo of a chalkboard displayed as you walk into the diner that says, “the world is short staffed, please be kind to those who showed up.”

“In general, you know, people are so good,” he said. “It’s just these rotten apples.” 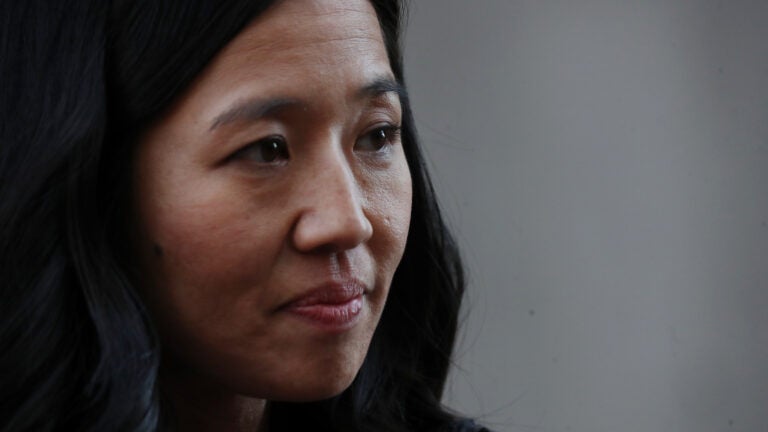