Ninety-five North End restaurants have submitted applications, in some form, to offer outdoor dining this season, with the vast majority to pay a new $7,500 fee levied by City Hall on the neighborhood’s establishments to offer service outside this season.

In an email, a city spokesperson told Boston.com on Wednesday that as of the previous day, the city had received 67 applications and 28 hardship waiver applications, which allow some restaurants to pay a lesser fee based on certain factors.

Of that total, 23 waivers were granted.

“These applications are in various stages of review and City staff are actively working to approve these applications in time for the program’s May 1 start date,” the spokesperson wrote. “We are looking forward to a safe and vibrant outdoor dining season in the North End and the rest of the City. The Mayor and City staff are grateful for the continued partnership of the North End’s residents and business owners.”

The North End is the only neighborhood where restaurateurs are facing the new charge. Officials have said the fees are necessary to address the impact of outdoor dining on that neighborhood in particular, where there were nearly 80 patios last year within the North End’s 0.2 square miles.

The narrow streets have created traffic and congestion issues and parking problems, while noise, trash, and rodents have impeded the quality of life of residents, they’ve said.

The fee was introduced to offset the impact of those problems, with money collected from the payments to be spent on programs solely benefitting the North End, officials said.

Late last month, in the wake of criticism, Wu announced flexibility for the payment, which she said can be paid in installments.

She also unveiled the “hardship waiver process,” which allows city officials to consider charging lesser fees on a case-by-case basis, such as the restaurant’s location, patio size, and whether the restaurant owns a liquor license, she said.

The North End is also subject to different rules for outdoor dining this year, including its May 1 start date — a month behind restaurants in other areas of the city.

Material from previous Boston.com reports was used in this article. 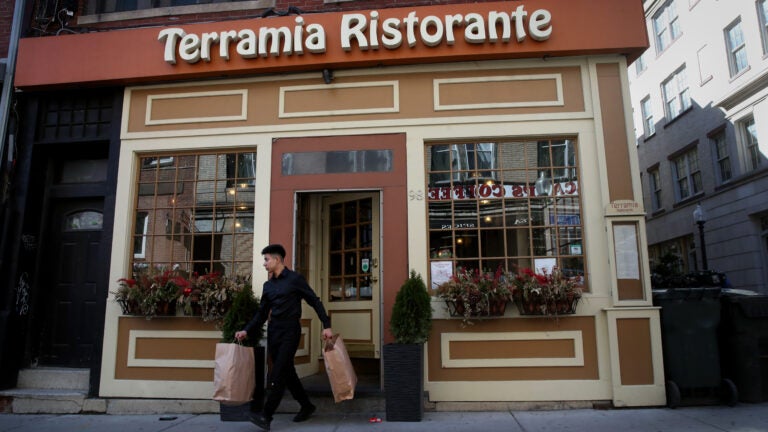