Two days after a Russian missile strike hit a train station in the eastern Ukrainian city of Kramatorsk, killing more than 50 people, volunteer drivers across the Donetsk region are coming forward to help residents still looking to flee before an anticipated onslaught from Russian forces.

“We don’t have much time,” said Yuroslav Boyko, who is from Kramatorsk. He heads Everything Will Be Fine, a Ukrainian aid organization that has been working to evacuate people from Donetsk since the start of Russia’s invasion.

As Russia continued to amass forces near eastern Ukraine over the weekend and struck residential areas there Sunday, thousands of civilians fled eastern and southern Ukraine at the urging of local officials, who have warned people to escape while there is still time.

“In my estimation, the Donetsk region could be encircled in three to four days,” Boyko said. “We need to make sure everyone who is looking to leave can get out.”

Boyko, 40, said he lost one of his volunteers, Roman Sementsov, in the Kramatorsk attack. In a Facebook post Friday, he praised Sementsov for helping thousands of people find safety.

Boyko said he believes Russia intentionally targeted the station, since it had served as an evacuation hub since the start of the invasion. But the number of casualties could have been much worse, he added, noting that many trains had been canceled on the day of the attack because of railway damage from a Russian missile strike the night before.

“It was a happy coincidence that they were not functioning properly,” he said. Two train stations are still operational in the Donetsk region — in the towns of Sloviansk and Pokrovsk — but residents have become wary of gathering in stations since the attack, he said.

Since Friday, Boyko said he has been inundated with calls from people hoping to volunteer and help with evacuations. He estimated that he had received nearly 70 requests Sunday from drivers who would be ready to start shuttling on Monday.

“Every day the number is increasing,” he said. “These are ordinary people, coming from all over Ukraine, who just want to help.”

The volunteer fleet consists of at least 400 vehicles — including city buses and private vans — operated by approximately 1,000 volunteer drivers, who fan out daily to towns and villages across Donetsk to retrieve passengers.

“We are doing everything now to avoid mass casualties,” he said, noting that organizers have redrawn evacuation routes to keep big groups from gathering in open spaces.

For security reasons, passengers must contact volunteers directly to book tickets and are not given pickup locations or instructions until two hours before departure. Local officials have also been instructed not to advertise bus routes or schedules on social media too far in advance of departures.

“We could see another Mariupol here,” Boyko said, referring to the southern city that has been encircled and bombarded by Russian forces for weeks. “We are hoping that our armed forces can hold their positions, but they are outnumbered.” 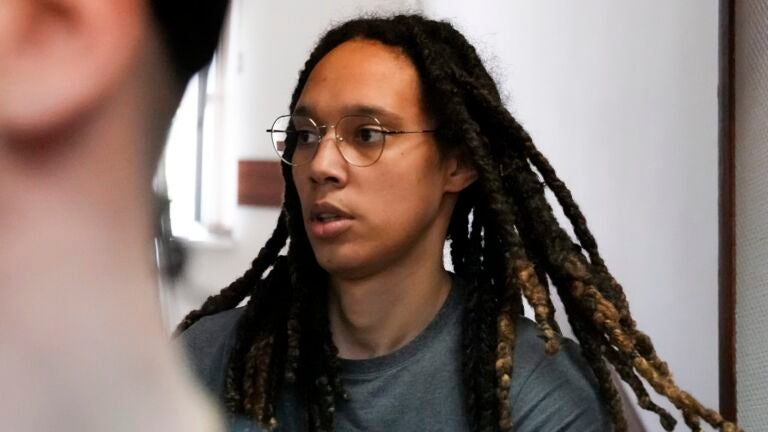