A “perfect storm,” created by the war in Ukraine combined with the effects of climate change and the pandemic, has driven global hunger levels to a new high, United Nations officials said on Thursday.

At least 276 million people now face acute food insecurity, up from 135 million before the pandemic, and 49 million people in 43 countries are at the brink of famine, officials said during two days of events at the United Nations this week on the theme of global food security.

“We truly are in an unprecedented crisis. Food pricing is our No. 1 problem right now, as a result of all this perfect storm for 2022. But in 2023 it very well will be a food availability problem,” David Beasley, the executive director of the U.N.’s World Food Program, said at a Security Council meeting Thursday.

Ukraine and Russia together produced 30% of the world’s wheat supplies before the war, and Russia and Belarus were major exporters of fertilizers, according to the U.N. The war has disrupted supply chains, and fuel prices have increased as a result of the fighting and sanctions targeting Russia’s energy and banking sectors.

Rising prices for basic food items have sparked political unrest in many countries in the past few weeks, including in Sri Lanka, Indonesia, Pakistan, Iran and Peru. Africa remains extremely vulnerable to food insecurity, according to the U.N., and hunger looms in eastern African countries suffering from drought, such as Ethiopia, Somalia and Kenya.

Secretary of State Antony Blinken led this week’s events. On Wednesday, Blinken presided over a “call to action” meeting, attended by ministers from 30 countries, to discuss current food needs and plans.

On Thursday, Blinken led a Security Council meeting on food insecurity and conflict, with the impact of the war in Ukraine dominating the debate. The United States holds the presidency of the council for the month of May.

Blinken accused Russia of using “food as a weapon” to break the spirit of Ukrainians. There are some 20 million tons of grains sitting in Ukraine’s silos, Blinken said, and Russian attacks have affected the production of food and blocked its transportation by land and sea.

“The food supply for millions of Ukrainians, and millions more around the world, has quite literally been held hostage by the Russian military,” Blinken told the Security Council.

Russia denied that it had any role in the current food crisis. The country’s U.N. ambassador, Vasily Nebenzya, called the allegations “barefaced lying and fabricating.” Nebenzya said Western nations were engaging in what he called a proxy war with Russia and blamed the West for “taking hostage the whole of the developing world and pushing it toward hunger.”

Canada’s minister of foreign affairs, Mélanie Joly, said that her country would offer logistical support to Ukraine, such as sending cargo ships, experts and food inspectors to facilitate the transport of grain. She said that Canada would also look into increasing its own export of grain, weather permitting, and would try to help countries purchase its grain at reasonable prices.

“We know food insecurity is creating chaos and conflict, and this is exactly what Putin wants, and we can’t let this happen,” Joly said.

Pakistan’s foreign minister, Bilawal Bhutto Zardari, said at a news briefing that his country was facing food insecurity because it relied heavily on wheat and fertilizers imported from Ukraine. He called for negotiations and a peace deal to end the conflict.

Zardari said the war could distract from the impact of climate change on agriculture, which he called the “existential threat of our time,”

U.N. Secretary-General António Guterres said he was negotiating for a “package deal” under which Ukraine would export food via the Black Sea and Russia could sell fertilizer and food products to the global market. He also called for restrictions on food exports to be lifted to ease distribution and urged countries to release food reserves and send the surplus to countries in need.

Guterres said the U.N. was releasing $30 million from its Central Emergency Response Fund for food security and nutrition needs in Niger, Mali, Chad and Burkina Faso.

“Feeding the hungry is an investment in global peace and security,” Guterres said. 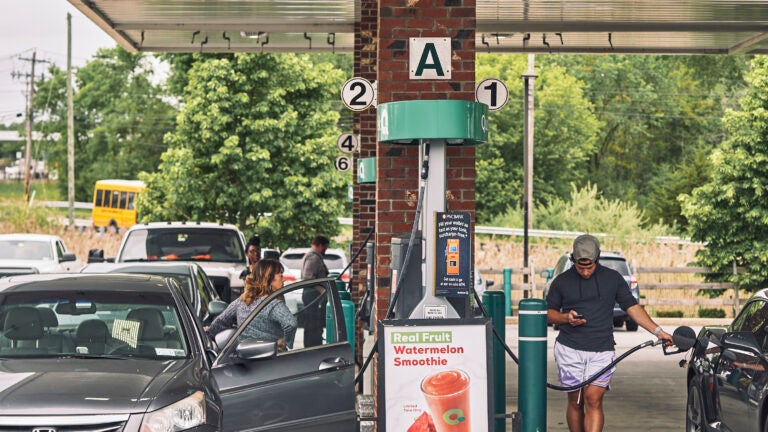