The Massachusetts Institute of Technology’s Admissions department released a delightfully nerdy Star Wars-themed video telling prospective students when they’ll find out if they got accepted.

The video features a robot—modeled after BB-8 from Star Wars: The Force Awakens—rolling through the halls of MIT and into Dean of Admissions Stu Schmill’s office. Schmill hands the robot an acceptance letter before a giant cannon shoots the droid out of the university’s dome and it flies off to deliver the news. 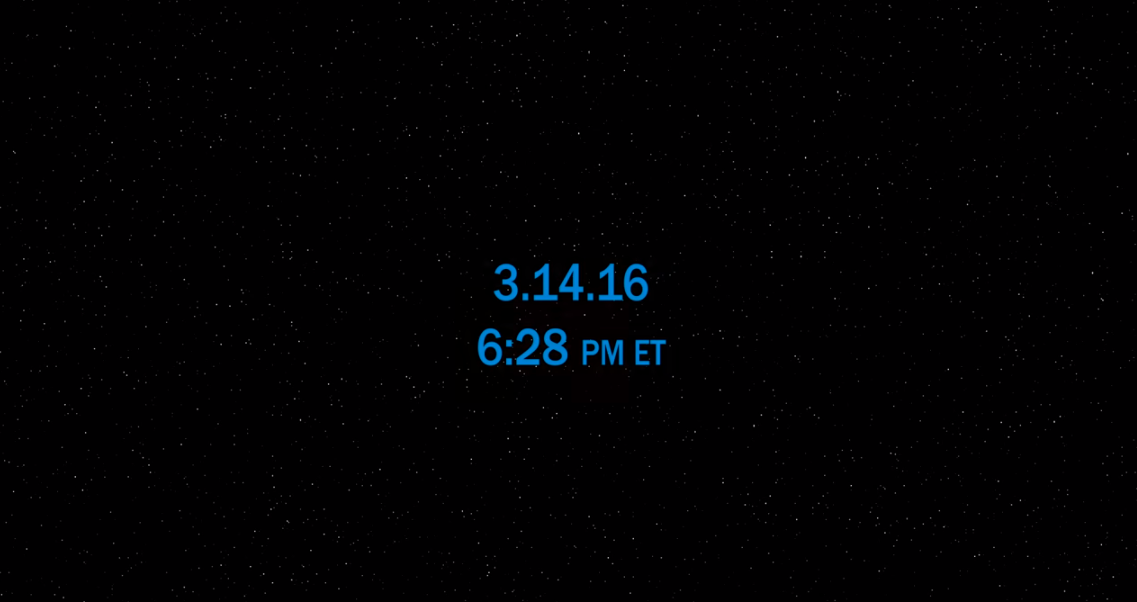 MIT’s decision day takes place on “Pi Day,’’ which is March 14 (when you write out the date, 3.14, it’s the first few digits of pi, the ratio of a circle’s circumference to its diameter). Students will find out if they were admitted at 6:28 p.m. that day because 6.28 is known as Tau: two-times pi, Schmill told The Boston Globe.

Schmill also told the Globe that the school got over 19,000 applications this year, and that the acceptance rate will be around 8 percent. Each year the school chooses a different theme to alert students of the decisions—in 2014, it was actual pie.

‘Students may have their offer of admission rescinded’: Northeastern issues warning about partying