A petition circulating at Harvard University is drawing the ire of some allies of President Donald Trump for demanding that the school require “accountability” for members of his administration before they are allowed to speak or teach on the prestigious campus.

The open letter from Harvard affiliates cites Trump’s refusal to concede the presidential election and attempts by some members of his administration to baselessly claim widespread voter fraud. Inviting those Trump allies to Harvard would legitimize subverting democratic norms, warn the signatories, whose names are not visible on the petition.

“That is why today we are asking you to set up a system of accountability for high-level political appointees and Trump administration consultants before they are invited as fellows or to teach or speak on campus,” the letter says. “These accountability guidelines should be publicly shared with students by the end of the calendar year.”

The petitioners also call on the university to “fully vet speakers for their role in undermining” democracy and either “boldly confront” them for it or decline to invite them to the school at all.

It was unclear who created the open letter or how many people have signed it. University spokesperson Jason Newton said the school was aware of the petition but declined to comment further.

The letter re-inflamed a volatile public debate about where to draw boundaries around controversial public figures giving talks on college campuses. A series of high-profile protests against provocative speakers, including former Breitbart News editor Milo Yiannopoulos and commentator Ann Coulter, have prompted conservatives to cry censorship, while liberals argue that some views do not deserve a distinguished platform.

White House press secretary Kayleigh McEnany, a Harvard Law School graduate, condemned Harvard’s petition Wednesday and called for university administrators to reject it. She said she and other members of the Trump administration would gladly return to campus and challenge the school to kick her out.

“Our academic communities should be bastions of free speech and the countering and jousting of ideas, not the censorship of a viewpoint that you feel is unpalatable,” she said in an interview with Fox Business.

Alan Dershowitz, a member of Trump’s legal team during his impeachment proceedings, wondered aloud whether he would be banned from speaking at Harvard, despite teaching in the university’s law school for nearly 50 years. In an episode of his radio show, he said Wednesday that he would demand that Harvard invite him to speak in defense of Trump.

“This is McCarthyism, pure and simple,” Dershowitz said. “And we have not heard the end of it.” 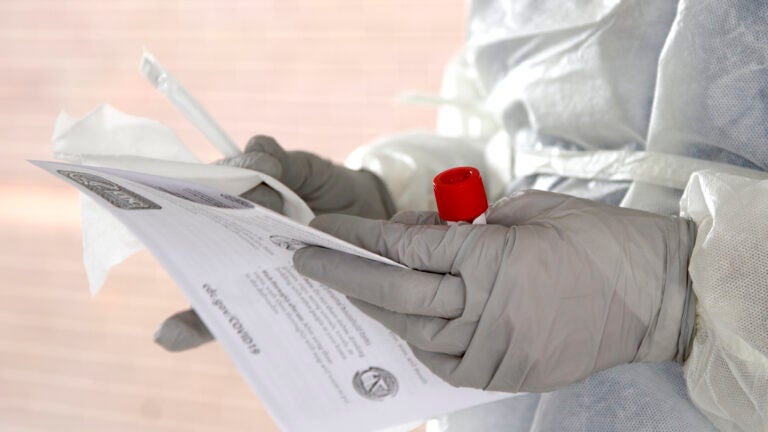