Remote learning may not be a temporary set-up for some students.

Over a dozen Massachusetts school districts, including some of the largest in the state, are considering creating their own virtual schools where students would learn entirely online, the state’s Department of Elementary and Secondary Education confirmed to Boston.com.

Under state law, there are two types of virtual schools allowed: statewide schools and district-specific schools, where students all reside in the districts that operate them.

Even before the COVID-19 pandemic made virtual learning the norm in the 2020-2021 school year, there were two established virtual schools in the Bay State, both of them operating statewide: Greenfield Commonwealth Virtual School and TEC Connections Academy.

Last month, DESE indicated an increased interest in virtual schools from districts across the state, all of them curious about establishing an option for students to continue learning via a computer instead of in a brick-and-mortar classroom.

Boston Public Schools sent a survey to families to gauge support for the option, which district officials said would, if adopted, allow another avenue for students who want it. A virtual school would not be mandated, nor would it seek to replace traditional classroom learning.

Superintendent Brenda Cassellius, appearing on GBH’s “Boston Public Radio” on Friday, said the district does not intend to administer its pandemic-era practice of simultaneous teaching in the fall — that is, having one teacher responsible for students attending class both in person and by screen.

“Because we don’t want to have that remote option in terms of how we’re doing it now, we want to be able to have a real online school as an option for families who still either have health or medical conditions and they’re not able to do school or where school worked well for some of our students in a remote environment,” Cassellius said.

In April, DESE released a memo to educators, highlighting how virtual schools are expected to operate and acknowledging that “some students and families may continue to seek virtual options” as schools reopen.

Districts interested in pursuing a virtual school option this fall were required to submit a summary description of their proposal to DESE by May 6. State officials are now reviewing the submissions and providing feedback, which is passed on to local school committees.

The committees ultimately have to vote on whether to approve a virtual school plan. Districts then submit a final proposal to DESE.

According to DESE, these are the school districts that have submitted summary descriptions:

According to Cassellius, Boston schools are expecting to hear back from DESE during the first week of June.

“Then from there, we have to stand up another, a virtual school,” she said.

“Students have a homeroom, classmates, BPS teachers, a principal, and rigorous instruction,” the online survey‘s webpage read. “Instead of going to a school building, students at the virtual school learn remotely, from their homes, using a computer and the internet.”

If a virtual school is created, its students will be supplied with a computer and an internet connection, if needed, officials said, adding that there could be “some opportunities for in-person engagement,” such as for special occasions, projects, or extracurricular activities. 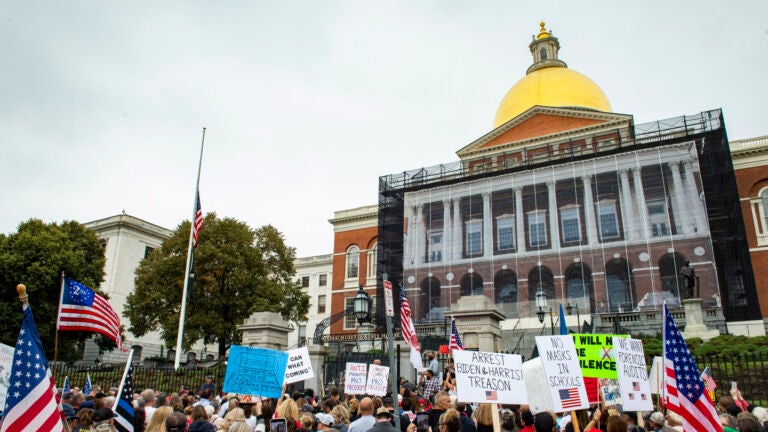