Teachers and students in hundreds of Boston classrooms this week have been enveloped in sweltering temperatures during a heat wave that prompted districts in other parts of Massachusetts to close or opt for early dismissals.

Jessica Tang, president of the Boston Teachers Union, told Boston.com that on Monday and Tuesday the union has received reports from “hundreds” of classrooms without air conditioning recording indoor temperatures in the 80s and some topping 90 degrees with high humidity.

Many classrooms do not have blinds, resulting in the sun coming into the rooms and warming them through the windows like a greenhouse, and there are not enough fans, she said.

Oppressive heat began in the region on Saturday, and forecasters issued a heat advisory, which remains in effect until Tuesday evening. Acting Mayor Kim Janey declared a heat emergency, which also remains in place through Tuesday.

In a statement, a BPS spokesperson said the district is in “active communication” with leaders at schools without HVAC systems to make sure two fans are operating in each classroom and learning space:

“Fans were deployed to schools and school leaders may request more fans to be delivered within two hours of the request. BPS has also made sure that HVAC systems are fully functioning in schools that have them. Additionally, BPS shared guidance with school leaders suggesting that teachers limit outdoor activity, schedule cool-down breaks for students between lessons, and distance students so they may remove their masks whenever possible. There is a large supply of water for students to drink at each school and we ask that educators keep students hydrated with frequent water breaks throughout the day, regardless of activity level. BPS also encouraged school leaders and staff to take measures to keep learning spaces cool including minimizing the use of overhead lights, opening windows and operating fans, and closing shades and blinds to block sunlight.”

Teachers have taken to social media during the heat wave to share photos of the thermostats and thermometers in their classrooms.

Tang said she and her colleagues are concerned about the impact on students and staff and are looking out for cases of dehydration and heat exhaustion.

The union is collecting photos of the classroom conditions to share with the district.

“Students are lethargic and falling asleep in the heat,” Tang said. “I’ve seen pictures of students with their clothes completely soaked through with sweat. When you have three fans on, it’s really hard to teach because it’s so loud and papers go flying. There are just so many impacts, and they are not adequate conditions for teaching and learning to be happening.”

The union president said she spent the weekend advocating for virtual or “heat days” but the effort was unsuccessful. The district did allow for MCAS testing to be optional on Tuesday since the Department of Elementary and Secondary Education did allow schools to postpone the exams for two days.

The issue of blistering heat in district classrooms is not new. Tang said that the scorching temperatures being endured by teachers and students in schools with no air conditioning systems on Monday and Tuesday is exactly why the union has been advocating for a “Green New Deal for Green New Schools.”

With climate change, the region is likely to only see more oppressive heat earlier and earlier.

“We have to address the climate crisis, and we have to create climate resilient schools,” Tang said. “And that includes having a short-term and long-term plan to ensure that buildings have AC and HVAC.”

Addressing the condition of the district’s facilities is going to be a priority in the union’s upcoming contract negotiations, she said. Not only do new buildings need to have HVAC and AC, but existing schools should be retrofitted with new systems, she said.

“The conditions are unacceptable, and it’s the result of decades of deferred maintenance and underfunding of our schools,” Tang said. “We have an opportunity with the federal stimulus funds to actually repair buildings and get them up to date and get prepared for climate resiliency.”

The union president said she has been reaching out to DESE Commissioner Jeffrey Riley, asking for him to join in the push for HVAC and AC in school buildings.

In the meantime, the union is working to help provide water, cups, and fans and other short-term solutions to buildings in the current heat.

But the stop-gap measures are not enough and something has to change since it is clear that this stretch of scorching days is not going to be the last time the region sees extreme heat, Tang said.

“If this pandemic has not fully exposed the inadequacies of facilities, of our school buildings, I don’t know what will,” she said. “And if this doesn’t compel everyone in a position of power to be able to do something about it, to do something about it — that would be a complete travesty. The time is absolutely now to have a plan to upgrade our facilities, and the federal funding should absolutely go towards upgrading our facilities.” 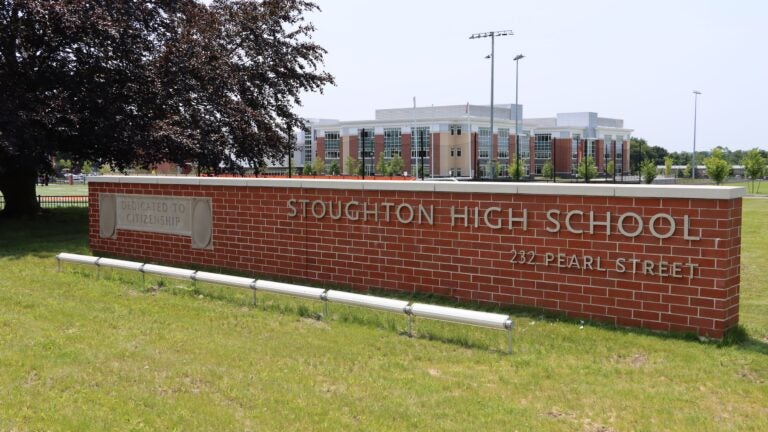