Last week, in what was intended to be an internal document, the Centers for Disease Control and Prevention made a stark admission: The highly contagious delta variant had redrawn the battle lines of the coronavirus pandemic, necessitating new public health measures like universal mask mandates. Or, as the agency put it in the document, which was obtained by The New York Times, “the war has changed.”

The news came just as the first school districts were preparing to reopen; children in Atlanta and some of its suburbs head back to the classroom this week.

Over the past year, there has been contentious debate over how much schools contribute to the spread of the virus and whether, and when, they should close. For some parents, teachers and officials, keeping schools open when a new, poorly understood virus was circulating seemed like an unacceptable risk. For others, however, it was school closures that posed the bigger danger — of learning loss, widening educational disparities and worsening mental health, not to mention the hardships for parents.

As the new school year begins, however, the CDC, the American Academy of Pediatrics and many other experts agree that reopening schools should be a priority.

“We are in a very different place than we were a year ago,” said Elizabeth Stuart, an epidemiologist at Johns Hopkins Bloomberg School of Public Health. “We have very effective vaccines, we know a lot more about how to open schools safely, and we, I think, have a heightened awareness of some of the challenges that kids face when they’re not in in-person school.”

Just a few months ago, with vaccinations for those 12 and older proceeding at a steady clip and new cases declining, the stage seemed set for at least a partial return to normal.

Delta has thrown that into question. Much remains unknown about the variant, including whether it affects children more seriously than earlier forms of the virus. And with vaccination rates highly uneven, and most decision-making left up to local officials, the variant adds new uncertainty to the coming school year — and makes it even more critical for schools to take safety precautions as they reopen, scientists said.

“Delta, because it’s so contagious, has raised the ante,” said Dr. William Schaffner, medical director of the National Foundation for Infectious Diseases and a vaccine expert at Vanderbilt University. “It makes all these details all the more important.”

Here are answers to some common questions.

What have we learned about the risk of transmission in schools?

“When you have masks and even 3-foot distancing, you are not going to see major outbreaks in schools,” said Dr. Yvonne Maldonado, a pediatric infectious-disease specialist at Stanford Medicine and chair of the American Academy of Pediatrics Committee on Infectious Diseases. “There may be some transmissions, but they’re going to be pretty relatively infrequent.”

Studies in North Carolina, Utah, Missouri and elsewhere revealed that when schools layered several kinds of safety measures — some combination of masking, symptom screening, distancing, improved ventilation, virus testing, hand-washing and dividing students into smaller groups — transmission rates in schools were even lower than they were in the surrounding community.

“It’s actually safer for the kids in school than it is for them to be home,” said Dr. Daniel Benjamin Jr., a specialist in pediatric infectious diseases at Duke University.

These low rates may stem, in part, from the fact that children under 10 seem to be less likely to transmit the virus than older children and adults are. But another contributing factor is that schools are — or can be — controlled environments and may have stricter safety measures than the surrounding community, Benjamin said.

Outbreaks, however, have occurred in schools that reopened without good mitigation measures. Israel’s first big school-based outbreak, which ultimately infected 260 people, came during a heat wave, when officials temporarily lifted a mask mandate and students were crowded into air-conditioned classrooms.

How does delta complicate the equation?

Roughly twice as transmissible as the original version of the virus, delta has fueled a rise in infections and hospitalizations, especially in areas of the country where vaccination rates are low. Recent data suggests that people who are infected with delta may carry a thousand times as much virus — which could make them more contagious and for longer — as those who catch the original version of the virus.

But many questions about the variant remain unanswered, including the precise risk it poses in a school setting. What is clear, however, is that delta is already driving outbreaks in many American communities, which raises the risks for local schools.

“Schools are not islands and so if there’s a lot of community spread some of that spread is going to spill over into schools,” said Dr. Westyn Branch-Elliman, an infectious-disease specialist at Harvard Medical School.

In a study conducted before delta was widespread, British researchers found that for every five additional cases per 100,000 people in a community at large, the risk of a school outbreak increased 72%.

The good news is that since the last school year started, the United States has authorized three highly effective vaccines for emergency use, and they are widely available to those 12 and older.

The vaccines are not flawless. Some fully vaccinated people will get breakthrough infections, which are generally mild and rare. And those vaccinated people who are infected with delta can carry high levels of the virus in their noses and throats, which means they may be able to readily transmit it.

But vaccines provide strong protection against the delta variant. They reduce the odds of being infected with the virus and guard against the worst outcomes, including hospitalization and death.

Schools with high vaccination rates are likely to have far fewer people who are infected with the virus and carry or spread it in the classroom.

“It’s our best tool for controlling the virus,” said Justin Lessler, an epidemiologist at the University of North Carolina. “Even when it’s imperfect, it has huge impacts on reducing transmission and protecting people’s health.”

What does the CDC recommend?

Initially, the CDC’s guidelines recommended that unvaccinated people who were 2 or older wear masks in schools. And they strongly implied that vaccinated students did not need to be masked in the classroom.

But last week, because of concerns about delta, the CDC revised its guidelines, recommending that everyone, regardless of vaccination status, wear masks in schools this fall.

The agency recommends a layered approach to COVID precautions, suggesting that schools combine several mitigation measures and encourage everyone who is eligible for vaccination to get vaccinated.

But the guidelines also leave many decisions up to local officials, who are told to make decisions about when to tighten or loosen restrictions based on data about local case and vaccination rates.

What about states that ban mask mandates?

Some states, including some currently experiencing major surges — including Florida, South Carolina and Texas — are making it harder for schools to put protective measures into place. Those three states, as well as a handful of others, have either banned or sharply curtailed universal mask mandates.

That does not necessarily mean that schools in these states will all have huge outbreaks, and even schools that do may see mostly mild or asymptomatic cases. But districts that open without safety measures in place are taking a real risk, Benjamin said.

Given the patchwork of policies and uneven vaccination rates across the country, experts said they would not be surprised if school safety varies widely this fall. “I do think that there will be risks of infections when school districts decide to not follow any recommendations,” Maldonado said.

As the pandemic continues to evolve, schools and officials will need to make complicated decisions based on local conditions, including when to insist on certain precautions and when it is safe to lift them.

“We need to be making nuanced decisions about what to do in schools,” Branch-Elliman said. “But that’s a much harder public health message than the polarized ‘Schools are safe’ or ‘Schools are unsafe.’”

What about unvaccinated elementary school students?

Although the exact timeline is unclear, vaccines for some children under 12 could be authorized before the end of the year. Until then, however, elementary schools will open with essentially none of their students vaccinated. (Children who are participating in the trials may have received the shots.)

Research shows, however, that the virus is much less likely to cause severe illness in children. They are not entirely protected; a small number of children may develop a rare but serious inflammatory condition, and some children with mild infections may experience long-term symptoms.

There is not yet good, solid data on how delta affects young children, but there is no evidence that delta is specifically targeting them.

Still, because a large number of adults have been vaccinated, children may make up an increasing share of delta cases. The variant’s infectiousness may also mean that more children contract the virus. There is also some emerging evidence that the variant is causing more severe disease in adults.

Given these observations, and out of an abundance of caution, it is particularly important for schools with young, unvaccinated students to take other precautions, including universal masking, experts said.

In schools or districts that do not have mask mandates, parents can provide some degree of protection by ensuring that their children, at least, wear masks to school, Maldonado said.

And adults can help protect younger children by getting vaccinated themselves. “The single most important thing any community can do in order to reduce the risk in schools is for the entire community to be vaccinated,” Schaffner said. 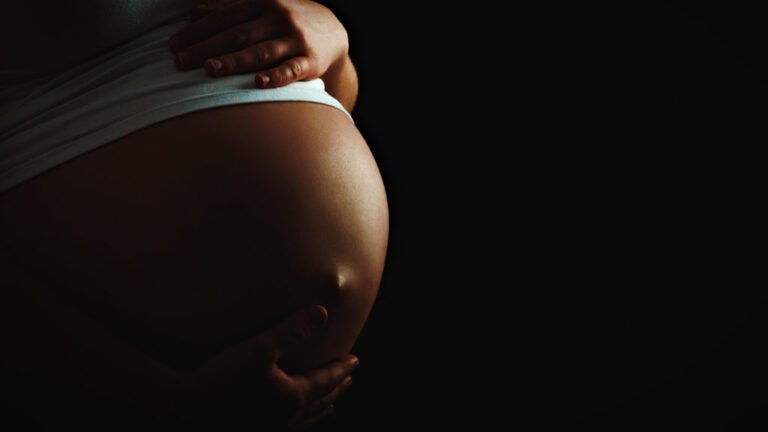