A Dighton-Rehoboth school committee member has come under fire for social media posts that compared COVID-19 vaccine passports to the Holocaust, but she has refused to apologize or resign.

Attention to Katie Ferreira-Aubin’s TikTok videos, which she said have since been deleted, ramped up at the beginning of last month. A group of the videos were posted to the Save Our Schools – Dighton-Rehoboth community group’s Facebook page.

In them, Ferreira-Aubin not only appears to make the vaccine passport to Holocaust comparison, but also makes insensitive statements about gender identity and includes a fake map of the 2020 presidential election results that incorrectly shows former President Donald Trump as the winner.

During the school committee’s meeting Tuesday night, Ferreira-Aubin made a statement saying that she is “a new politician,” that she learned a lesson, and that she won’t do anything like it again.

“I will not apologize, and I will not resign,” she said.

The committee did speak with an attorney and was told the body didn’t have to do anything about it, according to The Sun Chronicle.

“The statements made by her are her own and don’t reflect on the committee,” committee Chairman Aaron Morse said he was told by the attorney, the newspaper reported. “She didn’t recommend that we do anything further.”

Shortly after the videos surfaced, school Superintendent Anthony Azar said Ferriera-Aubin’s opinions did not represent those of the district.

“Our district strives for inclusivity and sensitivity,” he said in a statement. “As a former teacher who has taught about the Holocaust, comparing vaccination requirements to the Holocaust is both reprehensible and unfortunate. Further, the use of profane language and gestures to get one’s point across is unprofessional, disrespectful, and crude.”

The Rehoboth Democratic Town Committee called for Ferreira-Aubin to be “held accountable.”

“Not only has she blatantly disregarded the values and history of the Jewish population, she has gone further to slander the non-binary, BIPOCs, and victims of the COVID-19 pandemic,” the committee’s statement said.

“Comparing public safety measures such as vaccine passports to the #Holocaust is disrespectful, ignorant and trivializes the memories of the 6 million,” the organization said in a statement on Twitter. “Apologize and remove these posts Katie Ferreira-Aubin. Dighton-Rehoboth deserves better.”

In a separate statement shortly after the videos gained attention, Ferreira-Aubin said she deleted her TikTok “out of not giving the media any more ammunition against me.”

“I have learned a lesson that free speech is only free if you are willing to stand up for what you believe even if it goes against the grain and are ready for the backlash that ensues,” she said. 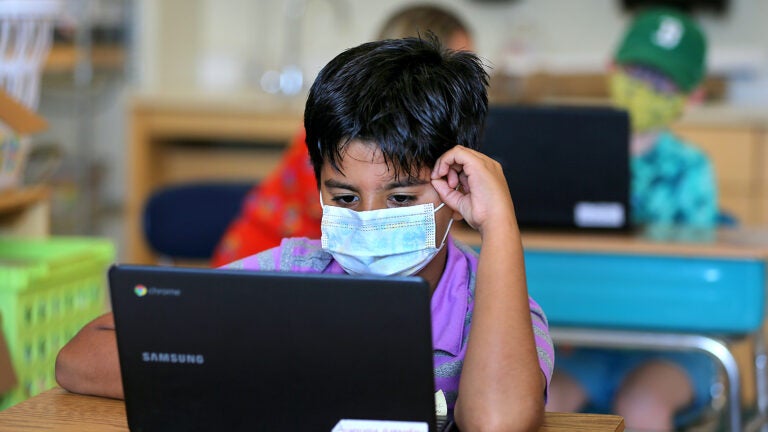