Hundreds of schools in Massachusetts are still waiting to receive their COVID-19 testing supplies from the state, according to a Boston 25 News investigative report.

The Department of Elementary and Secondary Education has made available expanded and new virus testing programs to districts this school year, including the “Test and Stay” model that’s aimed at helping more students remain in the classroom instead of quarantining when unnecessary.

DESE told Boston 25 News that as of Friday, 2,200 schools had applied to participate in the state-sponsored programs and 88 percent of them had received BinaxNOW testing kits.

In other words, approximately 264 schools had not yet received the kits as schools opened in recent weeks, the station says.

DESE said the delay is a result of the increased demand: About two times more schools have requested testing materials this fall than in the spring this year.

Ninety percent of schools that applied by Sept. 1 have already received the kits or will get them delivered by Monday, Sept. 13, DESE told the news outlet.

The state’s testing program is “on the national vanguard of using testing to keep students safely in school,” DESE said.

The state programs are voluntary for school districts. For school systems that are testing students, educators must secure consent for testing from a student’s parents or guardians.

In Boston, where the school district is utilizing state resources, educators indicated earlier this month the number of consenting families was low ahead of the start of school: As of Sept. 2, officials had received consent for about only 11,000 of the city’s 54,000-plus students.

A district spokesperson did not immediately respond to a question from Boston.com asking for an updated number on Monday. 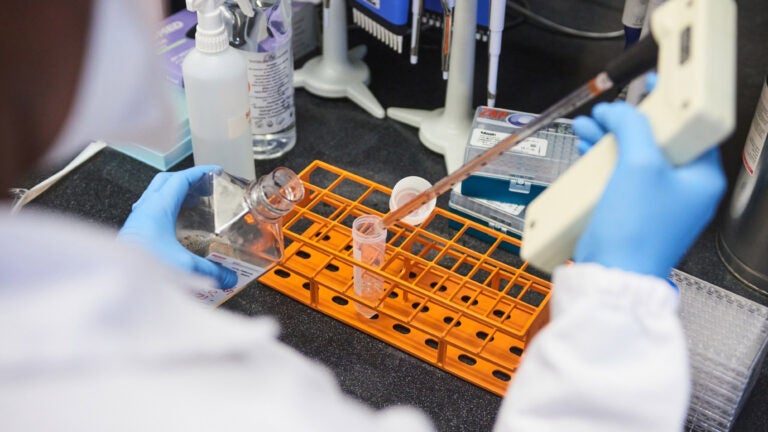