Mystic Valley Regional Charter School in Malden is suing the state with allegations its new criteria for evaluating schools based on culturally proficient practices purposely puts the school in jeopardy.

A lawsuit filed Monday in Suffolk Superior Court says the new requirements — which aim to promote diversity and inclusion in schools — are “unlawful” and “vague,” according to The Boston Herald. The filing names the Department of Elementary and Secondary Education and department Commissioner Jeff Riley as defendants.

The school is asking the court to prohibit DESE from enforcing the criteria and to stop state officials from acting on their findings in a draft report that the charter school is only “partially meeting” the new rules, the newspaper reports.

“DESE’s efforts have been and continue to be an unlawful interference by the government, effectively, to dictate and censor Mystic Valley’s approach,” the complaint says.

The state criteria contradicts the charter school’s mission on having a “melting pot” environment where shared traits are emphasized, the complaint says.

According to the Herald, some critics believe the school’s mission is racist, the lawsuit says.

“These critics believe the School should abandon its focus on a shared American culture and, instead, adopt a multi-cultural approach to teaching and education that emphasizes the differences in its students and society,” court documents read.

The school’s lawsuit also claims DESE put the practices into place with the knowledge the school would be in violation of them.

“The Defendants in this matter have ignored the School’s formal and informal pleas not to use new and unlawfully-vague evaluation criteria on the School,” the complaint says.

The state denied the school’s waiver to be exempt from being evaluated on the requirements, the Herald reports.

“DESE’s Draft Report puts Mystic Valley at risk of non-renewal of its Charter and, as a result, it presents an imminent risk of harm to the School, its faculty and its students,” the court documents read.

DESE officials declined to comment on the matter to the newspaper due to the pending lawsuit.

Mystic Valley Regional Charter School made headlines in 2017 after parents of students of color described what they called a racist crackdown on their children for wearing their hair in braids — which they said expressed their culture — that administrators said at the time violated the institution’s dress code.

“They teach them at a very high academic level and I appreciate that, and that’s why they go to the school,” one parent, Colleen Cook, told The Boston Globe that May. “But, unfortunately, they don’t have any sensitivity to diversity at all.”

The school initially defended the policy as a means to emphasize the importance of education over fashion or style in a statement to the newspaper: “One important reason for our students’ success is that we purposefully promote equity by focusing on what unites our students and reducing visible gaps between those of different means.”

The school ultimately voluntarily dropped its ban on hair extensions later that year, after state Attorney General Maura Healey raised significant concerns the policy discriminated against people of color and was not equally enforced. 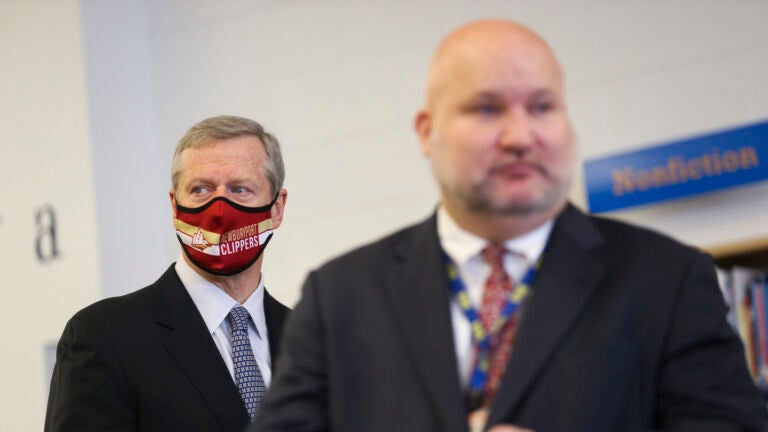