Hopkinton High School is lifting its indoor mask mandate — at least for now.

The decision makes Hopkinton High the first public school in Massachusetts to lift its universal mask mandate, though unvaccinated individuals will still be required to wear a face covering indoors. The school was also the first to get approval to lift the mandate earlier this month after reaching the 80 percent threshold.

State officials said earlier this week that nine other schools have also asked for approval to be able to lift their mandate after hitting that benchmark. Four have been approved.

Education Commissioner Jeff Riley said Tuesday that he plans to announce a decision about extending the statewide mask mandate, which is currently set to expire on Nov. 1, “by early next week.” However, the decision to impose or lift a mask mandate still rests with local officials.

The Hopkinton School Committee voted 3-2 to approve the three-week trial Thursday, even after the local health department lobbied for keeping the mask mandate in place until at least late fall.

The three-week trial will run Nov. 1 through Nov. 19, and students will be asked to return to universal masking on Nov. 22, the Monday before Thanksgiving.

State data shows over 95 percent of 12- to 19-year-olds in Hopkinton have been vaccinated. The high school has reported just two COVID-19 cases since the beginning of the school year — both of which were breakthrough cases.

“Given where we are, we’re not going to be at a better time than now to at least do a three-week,” committee member Joe Markey said. “I would be advocating for more, but I sense the consensus of the board is different. I would be advocating to just lift it and leave it like that.”

Student representatives said at the meeting Thursday that a survey of their peers found that 70 percent supported lifting the mask mandate.

During the trial, the school district plans to monitor the number of breakthrough cases, as well as absentee rates caused by other illnesses.

“If we are unmasked and Jen simply has the common cold, I could catch that from her, but it puts both of us out of school because we have COVID symptoms,” Hopkinton Superintendent Dr. Carol Cavanaugh said.

While younger children remain ineligible to get the vaccine, some School Committee members argued there was no better time to at least try lifting the mask mandate, with the holidays approaching and such a high vaccination rate. During the meeting, committee members deliberated over balancing caution and the reality of living with COVID-19.

“I’m not necessarily sure that I think that there’s an ideal time,” Cavanaugh said.
“But I do like the time period, if we’re thinking about doing it right now.” 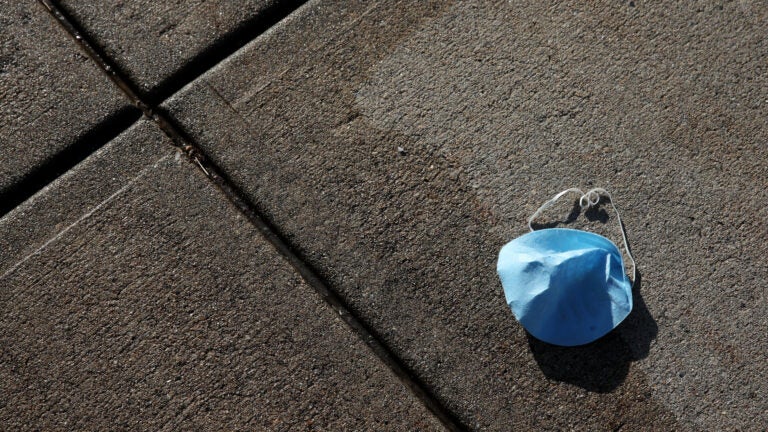