Parents in Lynn are petitioning their school district after photos surfaced appearing to show students were served spoiled food for lunch.

WBZ-TV reports hundreds have signed a petition to call for fresher meals.

Lisa Adie told the news station her son has sent her photos of his lunches as far back as last month from his school that allegedly show pasta and a sandwich he was served that had spoiled.

Over 500 have signed a petition started by Lynn mother Sophia Seang for the schools to provide improved meal options, according to WBZ-TV.

Since elementary schools in Lynn do not have kitchens, Revolution Foods prepares the student meals, WBZ-TV reports. Neither the Lynn superintendent of schools nor Revolution Foods responded to the news station’s request for comment, but parents said school officials are probing the situation.

Melody Finnegan, who has three students in Lynn elementary schools, said the news prompted her to make her children lunch every day.

“Unfortunately, many families in Lynn can’t do that,” Finnegan told the news station. “There’s a big food insecurity issue here in Lynn and many, many families rely on this sustenance for their children.” 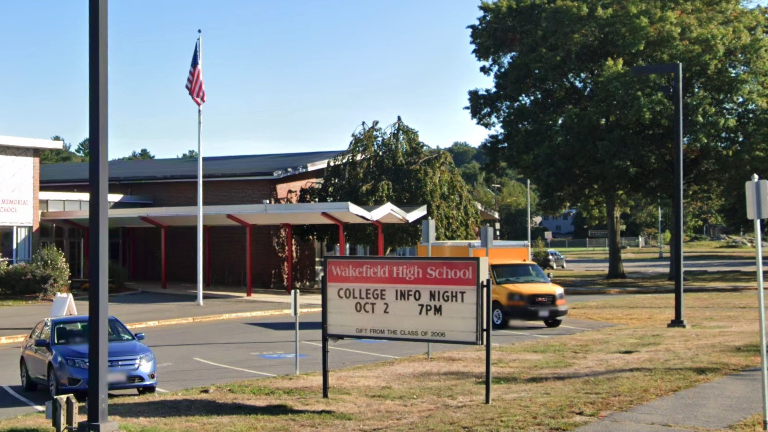