Calls for Danvers School Superintendent Lisa Dana and other district officials to step down rang out at a meeting on Monday night after the school system kept from public view the allegations of racist and inappropriate locker room abuse practiced by the varsity boys’ hockey team.

The allegations surfaced over the weekend in a Boston Globe story that reported members of the team forced fellow athletes to shout the n-word or else be beaten with a sex toy, and to inappropriately touch one another in weekly locker room traditions of sorts.

School leaders also uncovered last year a group text chat among members of the 2019-2020 team that included an anti-Semitic joke, videos making light of the murders and violent deaths of Black individuals, and a photo of a Black Danvers High School student “suggesting he was being lynched,” the newspaper reported.

Town officials have so far worked on several reports about the incidents but school officials and local authorities had been publicly mum on the details over the past 16-plus months, according to the Globe.

At a Danvers School Committee meeting on Monday night, several people said any school leader responsible for how the district responded to the allegations should step down, including Dana, the newspaper reports.

Board member Robin Doherty called for Dana to be placed on immediate leave “while the School Committee can ascertain the best path moving forward for the administration and students.”

Alice Campbell, another member, seconded the motion. Both Doherty and Campbell were elected to the committee in May.

“It is unacceptable that not a single adult was held accountable,” Campbell said. “With a lack of real action, we failed our students, parents, caregivers, and community members … we cannot accept no further action.”

Gabe Lopes, a Black Danvers resident whose children attend the district’s schools, said officials need a change in leadership, according to the Globe.

“Please step down,” Lopes said, speaking to Dana and other school leaders.

Dana said she remains dedicated to bettering the school system’s diversity, equity, and inclusion efforts and described how she responded to the allegations, but stopped short of responding to the calls that she be placed on leave, the Globe reported.

The committee entered executive session to discuss that possibility on Monday and will again to continue that discussion in private next Monday as well.

Still, other members of the committee defended the board.

“If you think we haven’t done anything about this for the past year and a half and took it lightly or brushed it off or swept it under the rug, that’s a bunch of crap,” member Arthur Skarmeas said.

Other fallout on Monday included the loss of the team’s home rink.

According to The Salem News, Endicott College announced it has decided not to renew its facilities agreement with the team following the Globe report.

The team used the college’s Raymond J. Bourque arena for its home games.

“Both the allegations and lack of transparency are in direct conflict with Endicott’s values and commitment to community,” the college said in a statement. 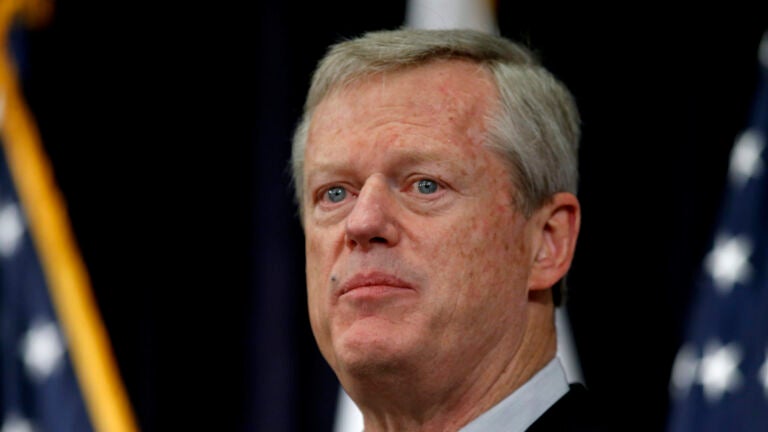