The reason behind the sudden decision for Boston Public Schools Superintendent Brenda Cassellius to depart from her position remains unclear, but Mayor Michelle Wu said Tuesday she did not tell the district’s chief administrator to step down.

Outside Brighton High School, the two officials appeared together for the first time since announcing the “mutual decision” on Monday and offered little insight to reporters about the specific circumstances for Cassellius’ departure, which is expected at the end of the school year.

The superintendent, who started the job in 2019, once said she wanted to be in Boston schools for 13 years.

“Nobody could have anticipated a pandemic and three mayoral changes and just a credible amount of headwind,” Cassellius said.

So what headwinds are pushing Cassellius out the door?

“Nothing is pushing me out the door,” the superintendent said. “I’m still here for five months and rolling up my sleeves and getting the work done each and every day.”

Asked point blank if she asked Cassellius to leave, Wu gave a one-word answer: “No.”

Cassellius, Wu, and Boston School Committee Chair Jeri Robinson announced the change in three respective letters on Monday, writing only that they recently discussed the future of the school system over several days and made the decision mutually.

Wu described the move as a “transition out” for Cassellius.

The departure adds another chapter to a story BPS teachers and families are well-familiar with: Cassellius’ successor will be the district’s sixth superintendent in just over 15 years.

Soon after taking office in November, Wu had said she was committed to keeping Cassellius — who was granted a two-year contract extension by the School Committee last year — on board, citing needed stability in the BPS system.

BPS has had “some incredible, incredible wins” under Cassellius’ leadership, and Boston continues to be “a place where our educational system will be on track to be that leading school district,” Wu said.

Asked why it has been historically difficult for the city to find a superintendent who stays in the job longer than three or four years, Wu said she would not speak for Cassellius or past superintendents, but said she is determined to build on strong partnerships that make students a priority in the city’s future.

Responding to a question about how the city could retain its next superintendent, Wu outlined a holistic vision for BPS, which she credited Cassellius with creating, that develops opportunities for students across city departments.

“In some ways, we are asking our superintendents and our school leaders and school communities to hold up the entire world right now,” Wu said. “And that’s just … not fair to our school leaders and our teachers, who are dealing with everything that we’re seeing out in the community. What happens in the classroom really reflects the challenges or supports that are available in our students’ homes, in the community, in our neighborhoods.”

The vision “is not about creating the expectation that any amazing individual is going to be able to step in and save the world,” Wu added.

“We all have to make changes together,” she said.

Robinson said the School Committee will have its first meeting to begin the superintendent search process on Feb. 15.

“We need someone who can truly hit the ground running immediately — step in right away knowing our district well, knowing our communities well, to be able to execute and who shares that vision of our schools and our school communities as part of the city’s citywide mission,” Wu said.

Cassellius said her team has “set up a strong foundation” for the next superintendent.

As for what her next steps, Cassellius wouldn’t speak about her future beyond the next few months.

“My next steps are to continue to do the work that I’m doing here in Boston Public Schools each and every day to make sure that our students are getting everything that they need,” Cassellius said. 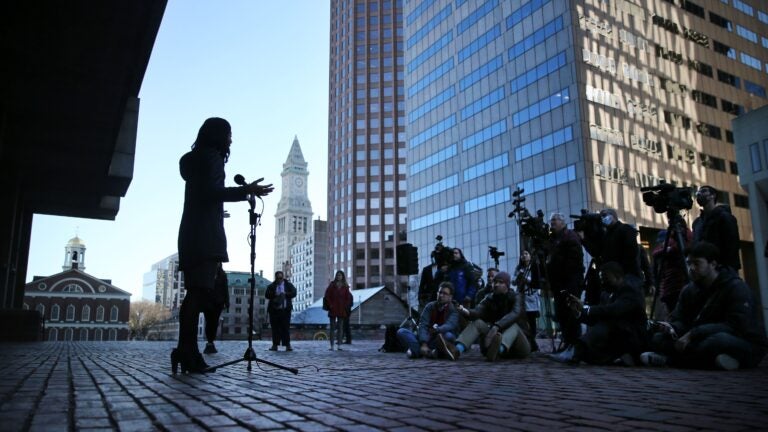