Mayor Michelle Wu is seeking “immediate” changes to improve Boston Public Schools, along with $10 million and technical assistance from the state to follow through on them, according to a draft of a memorandum the city is proposing to the Department of Elementary and Secondary Education.

The “Systemic Improvement Plan” would tackle major concerns outlined in a troubling DESE review of the district released this week. The report raised significant concerns about BPS’ ability to perform basic functions around student safety and transportation and provide adequate support for special education and English language students.

The draft plan and partnership agreement, obtained by Boston.com on Friday, proposes completing “a deep redesign” of the district’s special education services; commissioning an audit of student and staff safety; ushering in reforms to the district’s transportation system; and finalizing a strategic plan for multilingual learners, among other initiatives.

The plan, outlining what is referred to in the document as “a targeted, strengthened partnership” between the city and state agencies, would take hold “immediately,” with DESE Commissioner Jeffrey Riley’s approval.

“Our proposal will empower Boston to drive a reform agenda while establishing a genuine partnership with the state,” Wu said in a statement. “We’re proposing specific action steps and timelines for immediate improvement and a foundation for systemic change in areas like special education and transportation. We look forward to the collaboration.”

The agreement comes as the majority of city leaders seek to thwart a possible state takeover of Boston schools. The report — the second in two years to give BPS a sub-par evaluation — has raised questions over whether DESE will pursue state receivership to address the district’s outstanding issues.

Riley and Wu began talks about what could be done before the report was made public.

Notably, Riley has not issued a recommendation to DESE officials over receivership. He said earlier this week he wants to see assurances from Wu about what steps the district will take to fix its most urgent matters.

In the draft memorandum, the city seeks a partnership with DESE for the plan and $10 million in state funding to support the proposed actions.

The initiatives will “begin immediately” and continue after the district hires its next superintendent, following Cassellius’ pending departure in June.

For student safety, BPS would commission “an independent student and staff safety audit” to assess safety protocols at schools by Aug. 15. The plan also says the district commits to responding to complaints, including bullying allegations, “in a timely manner.”

By February, that group would release a districtwide inclusion policy that sets models for “high-quality, inclusive education and includes short-term objectives and a timeline for implementation,” according to the plan. Staff will be trained later in the year.

Additionally, the plan spells out commitments for a BPS Strategic Plan for Multilingual Learners and a districtwide plan for necessary facilities renovations, among other initiatives.

The memorandum outlines commitments expected from DESE as well, including measures to hold BPS accountable. Under the proposal, the city and BPS vow to make regular reports on the plan to the School Committee, as DESE makes reports to the Board of Elementary and Secondary Education (BESE).

The superintendent and Riley — or their respective staffs — would meet monthly to discuss progress.

“The parties will engage in a multi-stakeholder process to set student achievement and other outcome metrics after the employment of the new Superintendent,” the memorandum says.

In a statement, Cassellius said the plan “acknowledges the urgency of this work and the shared interest between the Wu administration, Boston Public Schools, and DESE in rapid improvement.”

“It is good for students and families and builds upon the momentum BPS has created and that was highlighted in the DESE review. We look forward to working collaboratively with DESE to ensure all BPS students have access to a high-quality education that helps them reach their full potential,” Cassellius said. “The report finds longstanding challenges in the areas of special education and transportation, and we are confident the plan we put in place, along with the benchmarks that will help us to monitor progress over time, will result in substantial improvement in these areas.”

If and when the memorandum will be finalized was unclear on Friday.

Riley, on Tuesday, told BESE members he wanted time to work with Wu, possibly a week or two.

“We have to talk to all stakeholders and do it in a way that’s impactful,” he said at the time. 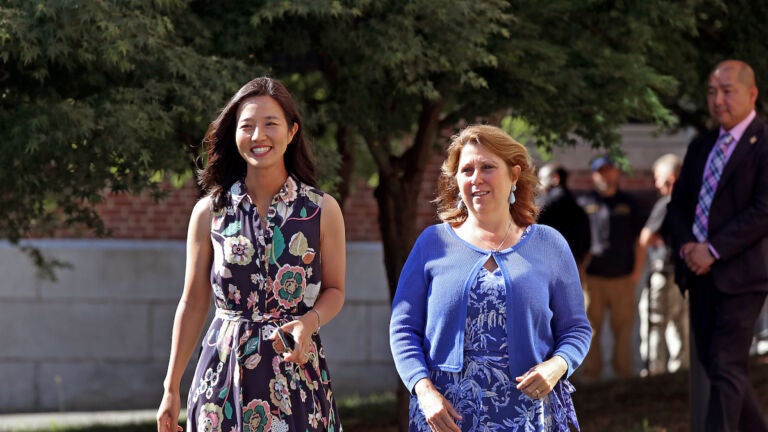