The pressure is mounting on Boston Public Schools to address numerous problems with its transportation system.

The scope of the issues was outlined at a City Council hearing Thursday, with staff, parents, and councilors expressing their frustrations. Their concerns were wide-ranging but largely centered on buses that chronically run behind schedule, a lack of detailed communication with families, and a dire need for more bus monitors to help special education students get to class safely.

“This is something extremely personal to me. Every morning the biggest worry I have is whether or not my autistic, nonverbal first grader is going to get picked up,” City Councilor Kendra Lara said. “My colleagues have firsthand experience of me walking into hearings late and missing things in the morning because the school bus didn’t come… If I wasn’t an elected official, I would have lost my job at this point.”

On the third day of classes this year, only 73% of BPS buses made it to their final destinations before school began. On the first day, just 50% of buses were on time. Similar trends have extended back for years, The Boston Globe reported. A new district improvement plan implemented this year mandates that BPS get 95% of its buses to run on time.

A complaint filed last month on behalf of six BPS parents of students with disabilities said that the children were being denied an education because of buses that are repeatedly late or altogether canceled. The complaint labeled the BPS transportation system as being in a state of “disarray,” and many who spoke at the hearing backed up this characterization.

One of those speakers was Leon Rivera, a BPS parent who said he has been aware of issues with the district’s transportation system for a long time.

“Every year we have this issue with BPS transportation. It seems like it just never goes away for some folks,” he said.

This September, when school started, Rivera said that he noticed the trend once again, and heard consistent outcry from parents and others regarding the issues. He set up a Google form to collect complaints, and found a number of them came up repeatedly.

Those Rivera surveyed told him that they couldn’t track school buses through an app designed to do just that. They regularly received inconsistent or inaccurate information from the district, he said, such as being told that a bus will be late that never showed up at all. Buses were frequently missing monitors, Rivera found, and parents were concerned about their children’s safety. Some parents said they called the district to see if their children had boarded a specific bus, only to be told that school workers could not get in touch with bus drivers to confirm the child was onboard.

The call center where these concerns are sent seemed understaffed and overworked, those surveyed told Rivera. Parents said they often faced excessive wait times just to speak with someone.

Deputy Director of Transportation Dan Rosengard said he was aware of this issue.

A team of about 30 people is tasked with responding to these queries, Rosengard said, and they had fielded more than 15,000 tickets since the start of the school year. About 70% of tickets have been resolved within their service level agreement, he added.

BPS buses are responsible for transporting about 21,900 students to and from around 221 schools each day, BPS officials said at the hearing. This includes 123 public schools, 45 charter or private/parochial schools, and 53 special education out-of-district schools. There are about 720 total buses in the system, with around 600 being used daily. There are 885 total bus drivers, including 673 active drivers and 211 currently on leave.

But more drivers are still desperately needed, officials said. The district is offering increased compensation and increased hiring bonuses, Fleet and Compliance Manager Jacqueline Hayes said. Over the past year, BPS expanded its driver training school to accommodate more people, including those with just a standard Massachusetts driver’s license.

The district is having trouble keeping up with more students than ever before who require bus monitors, officials said. Currently, around 2,145 students receive monitors, including 481 who need individual, one-to-one monitors. The number of students with monitors is up 137% since the 2015 school year, and 30% since last year.

There are currently 511 monitors on staff in total, Director of Transportation Delavern Stanislaus said. Ideally, the district would triple this workforce to keep up with the number of students that need monitoring. But monitors get paid an average of $18,000 a year, she said. This is not a livable wage in most parts of the country, let alone a city as notoriously expensive as Boston.

BPS officials said that they have reached a tentative agreement on a new contract for bus monitors that will increase their wages. A newly-hired human resources manager is primarily focused on increasing the numbers of BPS monitors. School leaders also said they created a new hotline queue specifically for families of special education students.

Special education students, and especially those who are not white, are disproportionately impacted by the transportation system’s failures, said Jakira Rogers, a program lead at Massachusetts Advocates for Children. The organization, along with Greater Boston Legal Services, filed the aforementioned complaint with state officials.

The problems are larger than just buses being late, Rogers said. When students miss school time because of transportation issues, they are being denied their legal right to a free public education, and some special education students are missing hours of learning time on a regular basis, she added.

Rogers pushed for consistent communication, transparency about realistic goals from BPS officials, ensuring all families have transportation notifications in their first language, and “authentic” community engagement as opposed to “top-down decision making.”

“The systemic disarray of the BPS transportation and special education departments deprives thousands of Boston children, many of whom are low-income students with disabilities and students of color, of what cumulatively amounts to weeks or months of learning time,” the complaint said.

As the district works to reduce late-running buses, it appears difficult to find a new company to operate its bus fleet. The current operator, Transdev, was the only company to submit a bid when BPS sent out a request this year, the Globe reported. More than 30 interested companies participated in a pre-bid conference call in September, but only four took part in a mandatory walk-through of the bus yards later in the month. By the end of October, only Transdev expressed interest.

Stanislaus acknowledged the many issues raised at Thursday’s hearing, and pledged to continue working hard to fix the BPS transportation system.

“We are not yet where we need to be. We still have work to do. This work will not stop until all of our students are getting to school safe and on time,” she said. “Your voices are heard and we will continue to work tirelessly until every student has access to safe, reliable, on time transportation.” 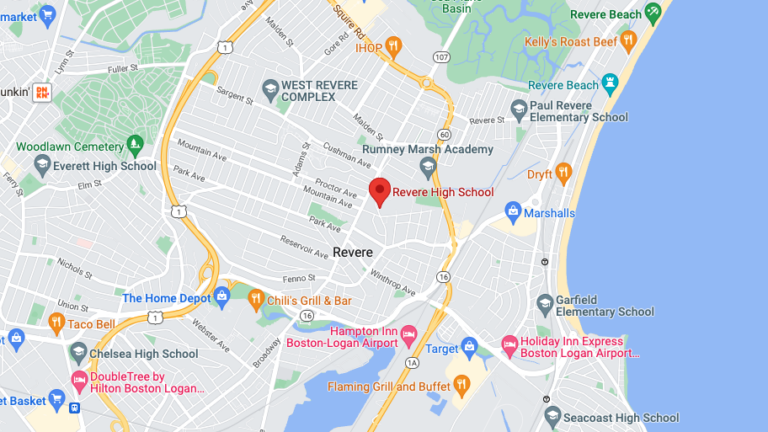