Over a dozen schools across the state of New Hampshire were reported to be under attack by active shooters Thursday morning, but the state’s Department of Safety (DoS) determined the calls reporting the shootings were a widespread hoax.

The DoS said in a news release Thursday that the hoax calls were made just before 10 a.m., but did not say how many or which schools were targeted. They said all the calls were “similar in nature.”

The hoax calls sent the schools immediately into lockdown and caused panic among teachers, students, and parents, but no one is reported to have been hurt during the incidents.

Which schools were targeted

Concord Public Schools said several of its schools were among those targeted by the hoax calls Thursday morning, including Concord High School, Rundlett Middle School, the Abbot-Downing School, and the Christa McAuliffe School.

New Hampshire Public Radio (NHPR) reported Thursday that officials in Dover, Portsmouth, and Keene said their high schools were among those targeted by the hoax calls.

All in all, at least 14 schools in nine of New Hampshire’s largest cities and towns were reported to have been targeted through hoax active shooter calls.

Many of the targeted schools resumed normal activities Thursday once the calls were determined to be fake.

“Today we saw schools using their emergency operation plans to respond to the calls,” Robert Buxton, a DoS director, said in a press release. “These incidents continue to show us why it is important for schools to conduct trainings and exercises on those plans, throughout the school year, in partnership with their local first responders.”

The DoS said it is working with state and local law enforcement, as well as the FBI, to identify the source of the calls.

The FBI could not be reached for comment Thursday evening.

“Today’s incident highlighted the effectiveness of communication and collaboration between my office, the Department of Safety and the New Hampshire Education Department, as well as local agencies,” Gov. Chris Sununu said in the release. “We continue to make the safety of New Hampshire’s schools a top priority.”

Even though the active shooter calls turned out to be fake, parents, teachers, and students across New Hampshire said they were traumatized by the experience.

Seacoast Online reported that Portsmouth City Councilor Andrew Bagley was seen outside Portsmouth High School Thursday morning holding back tears after his stepdaughter, who is a sophomore at the school, sent him a text saying “If I die, I love you.”

NHPR reported that a Concord parent named Amy Rigo was wracked with terror after finding out both St. John’s Regional and Concord High School were apparently fending off active shooters, as she has children enrolled in both schools.

“It was like, which direction do I run first?” Rigo said. “It was heart-wrenching.”

Where else this is happening

According to Business Insider, it started as a way to prank gamers and YouTubers during livestreams. The idea was to make a call to police, triggering a SWAT team response to the livestreamer’s house. Then, the person who made the hoax call would watch as the livestream was interrupted by heavily armored police.

These types of calls are now being made to schools and to the homes of politicians and celebrities in an attempt to disrupt the victims’ lives.

While it’s unclear if any of these incidents are related, an NPR analysis alleged that one person might be responsible for over 200 fake active shooter calls that were made to schools across the U.S. between September and October 2022.

The FBI is leading the investigation, but it is unclear when and if the bureau will release further information about these incidents. 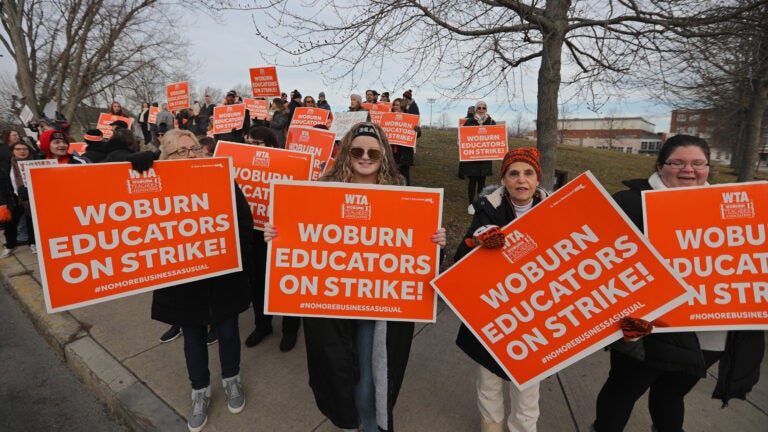