Red-dwarf stars bear little resemblance to our sun. They are about a quarter as heavy and give off a tiny fraction of the energy. If our sun is a powerful light bulb, they are tiny Christmas lights, less than 1 percent as bright. But astronomers at the Harvard-Smithsonian Center for Astrophysics say that solar systems that formed around red dwarfs, which are far more common in our galaxy than stars like the sun, may hold the nearest habitable planets.

In a press conference in Cambridge on Wednesday, scientists said that of the 75 billion red-dwarf stars in our galaxy, 6 percent are circled by Earth-like planets at a habitable distance that would allow liquid water to exist. That means the closest planet hospitable to life is likely 13 light-years away.

The astronomers used data from NASA’s space-based Kepler telescope to make the estimate. First, they detected 95 planet candidates circling red dwarf stars, three with the right conditions to plausibly support life. Then, they extrapolated to estimate the frequency of Earth-like worlds in the galaxy and the nearest one.

To most people, 13 light-years still seems impossibly far. That’s about 76 trillion miles. But to the scientists, who are more used to thinking in galactic scales, this means the search for another Earth is getting closer to being in our backyard.

Courtney Dressing, the astronomer who led the work, said that if the Milky Way galaxy were as big as the United States, it would be merely a matter of crossing Central Park in New York City to reach one from Earth.

John Johnson, a researcher from the California Institute of Technology who was not involved in the work, said that the finding has stoked his science fiction dreams.

“Each of these planets we now know are out there are physical locations — places throughout the galaxy where life could have emerged,’’ Johnson said. “And way down the line, the science fiction part of my heart and soul thinks about the possibility of traveling to one of these planets one day and taking a step out into an alien world.’’

Those are exciting ways to think about the proximity of life in the universe, but a reality check is in order. For now, scientists are going to try and detect a nearby Earth-like habitable world directly. David Charbonneau, a co-author of the new work, to be published in the Astrophysical Journal, said that astronomers hope to use two powerful telescopes being built now — the James Webb Space Telescope and the Giant Magellan telescope — to find and probe those worlds. They want to detect them first, and then try to understand more about their composition, including what chemicals exist in the atmosphere.

Charbonneau said the data may lead to revisions of the notion of a habitable planet. Earth, it turns out, might be an outlier.

The habitable zone around red dwarfs, which are so much dimmer than the sun, is closer in — which means that the planets would be near their suns. The planets would likely be tidally locked, with one side of the planet always in light and another in darkness. It would also be likely to be bombarded by ultraviolet radiation, a fact that has two possible outcomes: First, it could wipe out any life. Or, more intriguingly, it might provide a stressor that could be a powerful evolutionary force. 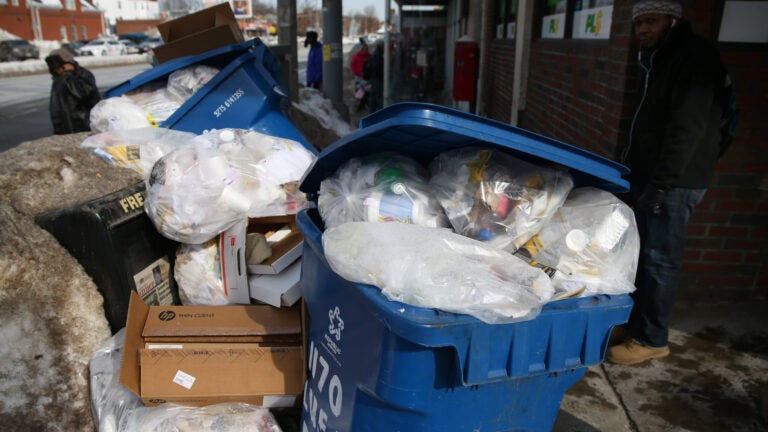 Here's what our readers are doing to combat climate change