In 1846, Edward Gilbert Abbott, a printer, famously received general anesthesia to have a tumor near his jaw removed in a public surgery at an operating theater at Massachusetts General Hospital, now eponymously known as the Ether Dome.

In more than a century and a half since, general anesthesia has become an essential, commonplace part of medicine, even sparking a turf war — the “Ether Controversy’’ — over who did it first. But scientific understanding has lagged; even as doctors dim and restore consciousness in almost 60,000 patients each day in the U.S., there is little understanding of what, exactly, is going on in the brain.

Now, a study by researchers from the Massachusetts Institute of Technology, Mass. General, and Boston University, has taken a systematic approach to understand the changes in brain activity that occur as a patient goes under with an anesthesia drug. The researchers reported Monday in the Proceedings of the National Academy of Sciences a distinct brain signature of unconsciousness that is an important step toward giving operating teams and anesthesiologists greater insight into the state of mind of their patients.

“It’s the absolute missing piece in this whole field,’’ said Patrick Purdon, an instructor in anesthesia at Harvard Medical School and Mass. General who led the research. “Twenty years ago, people tried to develop these EEG brain monitors that could tell an anesthesiologist the patient’s level of consciousness. … What they missed along the way, constructing this, is they never understood what any of the internal structure meant for consciousness.’’

The work is one step in a much larger body of work by Dr. Emery Brown of MIT and Mass. General, who has been working to understand how anesthesia drugs alter the brain. Brown, Purdon, and colleagues realized that to study the question in detail, they needed to slow the process down. Instead of the fast, minute-long descent into unconsciousness that typically occurs when patients are given anesthesia, the researchers stretched the process into an hour. Every four seconds, they prompted the study participants with clicking noises or words, to see whether they could pinpoint the precise moment when consciousness was lost.

“They’d respond for a little while, then stop responding, and then come back, kind of like a flickering light bulb,’’ Purdon said. “Slowly, but surely, the light bulb went off.’’

Recordings of electrical activity in the brain, made by 64 sensors fixed to participants’ scalps, tracked how brain wave patterns altered as the amount of the anesthesia drug, propofol, was increased.

The researchers found that certain oscillating brain waves, which typically originate at the back of the brain when people’s eyes are closed, moved and were instead generated in the front area of their brains. They also found a low frequency oscillation of brain activity as people lost consciousness.

When people regained consciousness, they saw the brain activity patterns reverse, providing a possible way to give doctors an alert that someone is regaining consciousness.

The research also included a few findings that may help guide future studies, for example, it showed that the stimulus people are responding to matters. Participants responded longer to the words than to the clicks, as they were slipping out of consciousness. As the drug was tapered, they also responded to the words, a more salient stimulus, before the clicks. 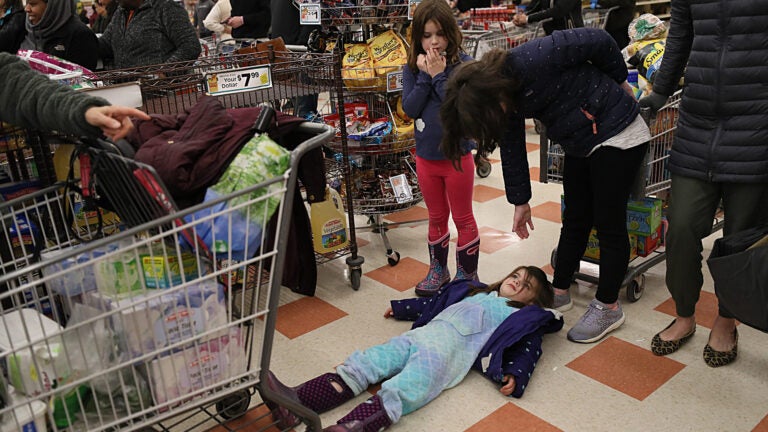 Photos: A year of the COVID-19 emergency in Massachusetts