The ever-expanding use of genome sequencing technologies has built a kind of DNA zoo, including all manner of creatures — great and small, living and extinct. Now, add to the collection of humans, mosquitoes, lizards, and woolly mammoths a primitive-looking fish called the coelacanth.

The coelacanth has long been known by a popular nickname that makes biologists wince: the “living fossil’’ fish. The term, first coined by Charles Darwin over a century ago, is used because the coelacanth — which was discovered when it was caught in a fishing nest in 1938 — looks a lot like ancestors known only by their fossilized remains. But scientists have always bristled at the suggestion it’s some kind of evolutionary zombie.

Now, the genome, published last week in the journal Nature by a large team including Jessica Alfoldi, a research scientist at the Broad Institute in Cambridge, reveals that there’s a tiny kernel of truth in that misnomer.

First, the bad news for those who see this fish and its weird, stubby, lobe-like fins as a creature frozen in time: the coelacanth’s genome as a whole is evolving at the normal rate. But the individual genes themselves, the part of the genome that codes for proteins, are evolving very slowly. In fact, the genes are changing more slowly than those of just about any other organism researchers looked at, including dogs, humans, mice, elephants, armadillos, chickens, turkeys, zebra finches, zebrafish, tilapia, and the elephant shark.

Why? Alfoldi notes that any explanation is speculation, but said it probably has something to do with the protected and special environments in which these fish dwell.

“We think there are not much in the way of predators or competition,’’ Alfoldi said. “Perhaps they haven’t had to adapt as much as the rest of need to.’’

Scientists have long debated whether coelacanth might be the closest living link to the fish that first emerged from the sea and began crawling around on land. It doesn’t appear to be the closest; the West African lungfish appears to be the best candidate. But when they compared the genome of the coelacanth with land animals’ to see what had changed, the researchers found variance in areas that made sense because of the different challenges of living in and out of the water. There were differences apparent in genes involved in the sense of smell, limb development, and the immune system.

An interesting sidenote to the project is the difficulty the researchers had in doing the work.

The fish had been presumed extinct until 1938, when one was caught.

“It was as crazy as if someone found a T. rex wandering around,’’ Alfoldi said. Today, they are still very rare and are an endangered, protected species.

Usually, the brunt of genome analysis occurs in the process of sequencing and analyzing the data. But the genome of the coelacanth required a bit more effort — including a trip to Grande Comore, a small island off the east coast of Africa in the Indian Ocean. There, scientists had to earn the permission of government officials and develop a protocol, written in French, that could be distributed to fishermen so they would know how to take its blood if they happened to catch one of the fish. The six-page illustrated, how-to guide for harvesting a usable DNA sample from a coelacanth reads a little like an IKEA manual, with arrows and flow charts showing vials, fins, and storage temperatures needed to build a coelacanth genome.

Alfoldi said the work took longer than scientists had imagined. Researchers had less of the precious sample than they would have liked, so they waited for new technologies to be more fully vetted before starting the work, not wanting to waste the sample. Ultimately, the goal is to use the DNA of other critters to better understand the human genome, and evolution.

“Our primary mission is to inform [our understanding of] the human genome,’’ Alfoldi said. “When we sequence the genome, we get all the letters and whatnot, but figuring out what it actually means has been a bigger challenge than I think people expected. When you sequence other genomes, you can compare them [with the human genome], and then you learn what’s important.’’ 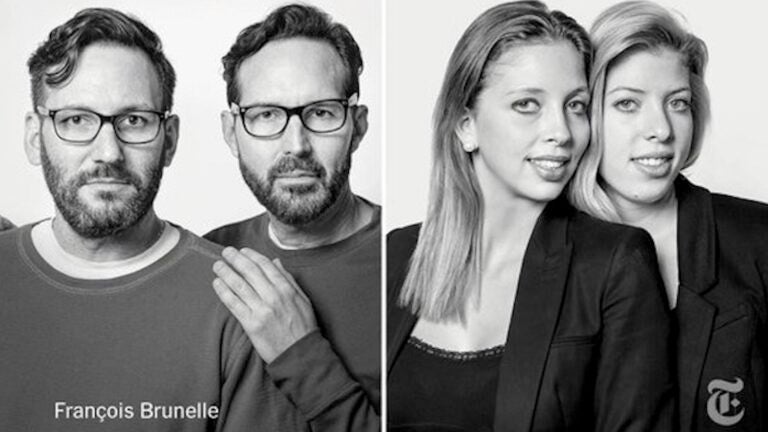