CAMBRIDGE — Harvard University researchers have discovered a naturally-occurring hormone in mice that sharply increases the number of precious, insulin-producing cells found in the pancreas — the beta cells that are lost during diabetes.

The work is still in early stages and not ready to be tested in people, but the scientists have already partnered with two companies in an attempt to develop a drug that, they hope, could potentially replace or augment daily insulin injections.

Outside researchers said the results, published Thursday in the journal Cell, were an exciting research advance against a disease that is a profound public health problem, affecting an estimated 25.8 million people in the United States. Beta cells are lost in both type 1 diabetes, in which they are attacked by the body’s immune system, and in the more common type 2 diabetes, caused by a combination of genetic and lifestyle factors. Researchers have reason to hope that this line of research could one day help both groups of patients.

“This is certainly one of the most important findings, I think, in the last few years in this field,’’ said Cord Dohrmann, chief scientific officer of a German biotechnology firm, Evotec AG, which has partnered with Harvard and Janssen Pharmaceuticals Inc. to develop a drug based on the research.

But outside scientists cautioned that a slew of questions remain, including whether the hormone works the same way in human cells and in diabetics. The research was done in healthy mice.

Dr. John Anderson, president of medicine and science at the American Diabetes Association, said that the kind of beta cell multiplication the researchers saw was “unique.’’ Still, he said, it was far too soon to suggest this promising finding in mice could make insulin injections obsolete.

“You’ve got to calm down; everybody’s got to take a step back from saying the cure is here,’’ Anderson said. “It’s a great path to be on. They are to be admired for this research. … Their work at Harvard has really helped in understanding beta cell physiology and offered new targets for how we might intervene in diabetes.’’

The research was sparked a few years ago when Melton, best known for his work with embryonic stem cells, read about a molecule called S961 that researchers at the company Novo Nordisk had developed. S961, those researchers reported, inhibited insulin, the hormone that helps control blood sugar levels. It acted like sticking a rubber stopper into receptors — targets on the surface of cells that latch on to insulin.

This molecule’s action was the opposite of what most diabetes researchers are interested in doing, since people with diabetes need to replace insulin manually through injections.

But Melton thought it was an intriguing molecule. If the insulin receptor were effectively plugged up, the body would probably think there was not enough insulin. To compensate, he hypothesized, the body might do one of two things: either signal beta cells to make more insulin, or make the beta cells proliferate.

Peng Yi, a post-doctoral researcher in Melton’s laboratory, began working on the problem. When the scientists administered S961 to mice, they found that the animals’ beta cells multiplied. It was an encouraging sign, but the researchers wanted to figure out why.

They examined tissues outside the pancreas that might be sending signals to the organ and found a particular gene in the liver and fat tissue that became active when S961 was administered. The gene had been relatively neglected, known simply as Gm6484. There was a human version, and it, too, had barely been studied.

The gene, the researchers found, coded for a protein that was hormone-like. And when they spurred the production of the hormone in the liver, Yi got a result he had never seen in years of his own research or in the scientific literature. The beta cells had been tagged with a molecule that caused them to fluoresce if they made copies of themselves. The pancreas was glowing with activity.

He showed a picture to Melton the next day and later on found an envelope on his desk. Inside was a card on Harvard stationery with elegant cursive.

“Dear Peng, I can barely sleep. I’m so excited by your result. It’s a tribute to your hard work and hard thinking!’’ Melton wrote, adding that he was excited to see the experiment repeated.

Yi was surprised, to say the least.

That was in February 2011. The Harvard researchers could scarcely believe their results, so they gave their project a code word as they did the hard work of verifying it and trying to understand its potential significance. “Rabbit’’ seemed just right, because the key insight came during the year of the rabbit, measured by the Chinese lunar calendar. And rabbits were known for reproducing wildly — something the researchers were seeing in the beta cells.

They showed that the hormone, which they dubbed “betatrophin,’’ could increase the population of beta cells at a rate 17-fold higher than in animals that did not receive the hormone.

Dr. Matthias Hebrok, director of the diabetes center at the University of California, San Francisco, said that the amount of replication they triggered was “extraordinary.’’

“This is clearly a novel finding — a very interesting finding,’’ he said.

But he added many questions remain to be answered before the therapeutic potential of such a hormone is known. For example, he is curious about whether the increase in beta cells will occur in older mice, when their ability to proliferate is known to be diminished — an age more comparable with many of the people who might need such a treatment. He added that it is also important to understand how long the beta cells stick around and whether they function normally.

Drug development is still in early stages, but if all goes well, Evotec’s Dohrmann said that it is possible a molecule could be tested in people in three to four years. Even if the new hormone does not provide a way to replace insulin injections, he said, the prospect of increasing the number of beta cells and providing people with diabetes another tool to control their blood glucose levels would be “a huge advance.’’ 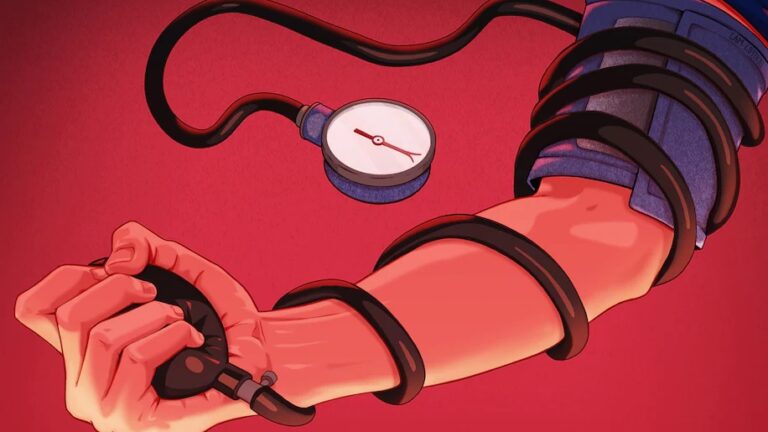 Doctors said he had high blood pressure with no underlying cause. They were wrong.