To understand the deep history of our solar system, Harvard-Smithsonian Center for Astrophysics scientists are observing an orange star about 190 light-years away.

The young star, called TW Hydrae, can provide a window into our sun’s past because it is similar — about four-fifths the weight of our sun — and is still forming. The star, about 10 million years old, is still growing as it draws in material from a surrounding disk. Data from NASA’s Chandra X-ray Observatory and ground-based telescopes have allowed the researchers to observe the star grow, and to draw parallels between it and our sun about 4.5 billion years ago. TW Hydrae is not growing at a steady, even rate, but in spurts of activity.

For example, the star’s weight gain changed by a factor of five over the course of a few days. Astronomers think that our own sun would have gone through the same kind of growth, switching abruptly between rapid and slow growth.

Nancy Brickhouse, an astronomer at Harvard-Smithsonian, was scheduled to present the new findings Wednesday at the meeting of the American Astronomical Society in Indianapolis.

“By studying TW Hydrae, we can watch what happened to our Sun when it was a toddler,’’ Brickhouse said in a press release. 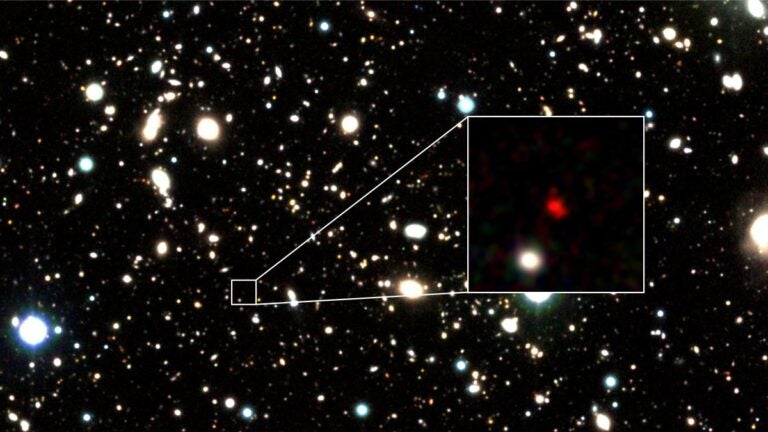 Team of astronomers say they have found most distant galaxy on record, 13.5 billion light years away