The chamber illuminated with reddish light would have been familiar to the mouse — the laboratory animal had scurried before on its black cardboard floor and smelled the faint whiff of vinegar. The mouse froze. A series of electric foot shocks would be coming soon, as, the mouse remembered, had happened the last time.

But the shocks never came. The memory wasn’t real.

In a mind-control experiment that demonstrates the astonishing power of new neuroscience tools, Massachusetts Institute of Technology researchers planted a false memory in the mind of a mouse using genetic techniques that allow them to trigger specific brain cells with light. The scientists were able to make the mouse recall something that had never occurred — having its foot painfully zapped when in the familiar red chamber — and react in fear exactly like it would have in response to a real memory.

Scientists hope the work, published Thursday in the journal Science, will lead to new insights into how memories are formed and help them probe the underpinnings of one of the most difficult and troubling aspects of human memory — its unreliability.

“We suspect and hypothesize this way of implanting false memories that was carried out with a mouse is actually something very similar [to what] is taking place during the formation of false human memory,’’ said Susumu Tonegawa, a Nobel laureate and MIT neuroscientist who led the research.

False memories have been notorious in the courtroom, with eyewitness accounts sending the wrong people to prison. They also infect our everyday lives; even vivid “flashbulb memories,’’ such as people’s recollections of the moment they learned about the attacks of 9/11, are less consistent over time than people believe, studies have found.

Scientists won’t start planting false memories in people, but they think that the ability to generate erroneous recollections in a laboratory animal might also elucidate something about psychiatric diseases such as schizophrenia, in which people experience vivid hallucinations that may be impossible to distinguish from reality.

The MIT experiments relied on a technique called optogenetics, which uses genetic manipulation and laser light to activate specific brain cells with remarkable precision. Because researchers can’t ask a mouse what’s on its mind, the researchers took advantage of a memory they could measure. When a mouse recalls and anticipates the unpleasant experience of receiving electric foot shocks, it freezes in place.

The researchers first placed genetically engineered mice in the chamber with reddish light, a black cardboard floor, and the odor of vinegar. As each mouse explored, viruses injected into a part of the brain involved in memory tagged active cells, inserting a protein that is sensitive to light.

A day later, the mice were put into a distinctly different chamber, suffused with the almond-like scent of benzaldehyde and with a metal grid floor. Fiber optic cables had been surgically implanted in the animals’ brains, and as they explored the second chamber, the researchers turned on a blue laser to flip on the cells that had been active when the mice were in the first room. They administered three, two-second-long foot shocks in succession.

Later, researchers put the mice back into the first chamber — the one in which they’d never been shocked. As the mice recalled the room, they froze in anticipation, showing they recalled a shock they’d never received in the room.

“If you think about it, in science fiction movies, if you ask a computer something, what happens? How do you know the computer is doing something? Lights start blinking in different patterns,’’ said Mark Mayford, an associate professor of molecular and cellular neuroscience at Scripps Research Institute, who was not involved in the current research. What’s being done in this paper, he said, is the reverse — instead of observing the pattern of activity that happens when an animal observes something, researchers are turning on a pattern to conjure a thought in a mouse’s mind.

Tonegawa said he was intrigued by what appeared to be a competition between genuine and false memories. Mice that formed the false memory had a weaker response to being placed in the chamber where they were actually shocked.

The mouse mind is far simpler than the human one, but researchers who study false memory in people said the new work could provide a powerful way to probe what is happening at a cellular level in a way that is impossible in people, where it is technically and ethically not possible to do the same types of experiments.

In an e-mail, Daniel Schacter, a psychology professor at Harvard University, said that the hippocampus, the part of the brain where cells were turned on in the mouse experiments, has been linked to false memories in people and the new work is provocative.

“Although it is not clear how the false fear memory established in mice is related to false memory phenomena in humans, the possibility of having an animal model for exploring a particular kind of false memory associated with the hippocampus is exciting,’’ Schacter wrote.

Others said the technique used in this experiment could more broadly help scientists understand the brain — a quest that has captured the attention of no less than the White House, with a major initiative to map brain activity announced earlier this year.

“This paper presents stunning evidence for the exquisite specificity of microcircuits that produce memory,’’ MIT neuroscientist Ann Graybiel wrote in an e-mail. “This work is a landmark piece of science and has broad implications for understanding how we create memories and how we can recall them.’’ 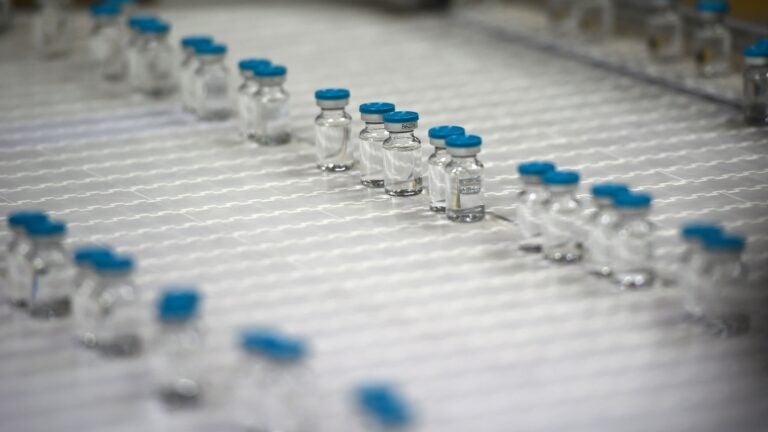 This new COVID vaccine could bring hope to the unvaccinated world