If an alien came to Earth and was asked “What is the point of science?,’’ it wouldn’t be surprising if it answered: “To publish papers.’’

A person could easily correct this misconception. Science is making new discoveries, unraveling how the universe or the human body works, and better understanding nature. Papers are just the chief way such insights are communicated to the larger scientific community. But the alien could be forgiven, because scientific careers are, in large part, measured by the number and quality of scientific publications. “Publish or perish’’ is an aphorism for good reason.

That’s why a new investigation by a reporter at the journal Science is so disturbing. The story, published Thursday, reveals a shady tier of open-access journals that accepted a blatantly bogus paper submitted by the reporter, John Bohannon.

Over the course of a year, Bohannon, a biologist and journalist, played an investigative prank on 304 scientific journals — sending them a paper that he painstakingly invented. He even recruited two sets of independent Harvard biologists to review his paper before he sent it out, to make sure it would instantly raise flags for any serious reviewer.

Bohannon wanted it to be convincing; the paper was to be submitted by a fake African researcher, and when his reviewers said the English might be a little too good to plausibly have come from a non-native English speaker, he used Google to translate his work into French and then back into English. That made the grammar just bad enough to be convincing. The reviewers also made sure it was “boringly bad,’’ Bohannon wrote, its data and methods completely implausible.

To his surprise, Bohannon found that well over half the journals where he submitted the paper and got a response accepted it. Of the 255 journals that responded, 157 accepted it — an acceptance rate of more than 60 percent. He contacted a few of the editors and publishers who accepted the paper before his story ran and confessed what he had done, and several of them have already announced they will be shutting down their journals.

Open-access journals are often lauded because they provide free access to research results, and many have high standards and practice rigorous peer review. But the publishing model is ripe for exploitation because it is a pay-to-publish model: academics pay a fee when their papers are accepted, since the journals do not collect a subscription fee. That means academics around the world who need to publish papers to build their careers also present a potential market opportunity.

The story is fascinating and appalling by turns, and definitely worth a read — it’s an eye-opening look at how rife the scientific publishing world is with journals that appear to be failing to do the most basic peer review.

The fake paper that Bohannon wrote was about a compound found in a lichen and its effect on cancer cells, but was accepted by journals well outside the topic area, including one called the Journal of Experimental & Clinical Assisted Reproduction.

I asked Bohannon how he felt as the acceptances began rolling in:

“I totally acknowledge in the beginning, it did feel a bit like a prank. It was fun; it was sneaky,’’ he said. “I was designing this trick, but I have to say it felt less and less like a prank as the results started to come in. I was expecting maybe 10 percent would accept the paper. Maybe 20 percent. Maybe a quarter, worst case.’’ 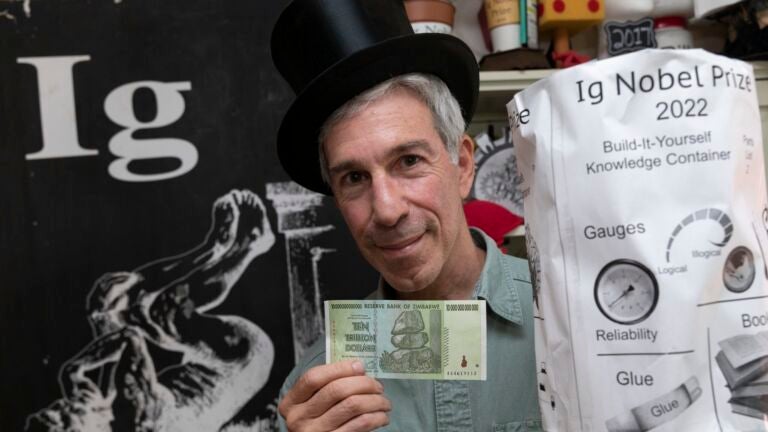