For the past year, physicians, researchers, and ethicists have vigorously debated whether unexpected findings detected in people’s genomes should be reported back to patients or research subjects. In a provocative essay published Thursday, researchers from Harvard Medical School and King’s College London argue that an even more fundamental right has been totally absent from the conversation: research participants’ access to the raw data they provide.

In the journal Science, the researchers argue that people should have that basic access. Giving a blood or saliva sample to a biobank should be less like sending personal information into the abyss and more like making a deposit in a real bank. The one-way flow of information from research participant to scientist, they argue, is outdated and paternalistic.

“When you have your precious money and you give it to a bank, regardless of what happens with this money, you get a written receipt formally. You can see there it is — $5,000 has arrived. That basic acknowledgment is lacking’’ in science, said Jeantine Lunshof, a fellow in the genetics department at Harvard Medical School who has been deeply involved in the Personal Genome Project, which offers open access to participants’ genetic data. “From a moral point of view, an ethical point of view, this is a very unequal relationship. And there is no good reason, as I see it, to argue for this inequality.’’

Lunshof and her co-authors, including Harvard genetics researcher George Church, acknowledge that the questions about what findings to return to individuals are complex, since it may involve questions about the relevance of the information and what to do with results. What seems far more clear-cut to them is basic access to raw data — the samples they’ve provided to the research. For example, in a genome study that would include the DNA sequence that comes out of the machine, without the analysis of the sequence. They could bring that raw data to a service that would help them interpret it.

A web portal that allowed research participants to see the answers they provided to a social science study or the raw DNA from a saliva sample would likely increase participants’ investment in the research process, and might even increase accountability. If research participants had the ability to log in and see their own data, the transparency could act as a check on fraud, Lunshof believes.

Dr. Robert. C. Green, a medical geneticist at Brigham and Women’s Hospital who has studied and thought extensively about returning results to people, said that he feels conflicted about the argument being made. Allowing access to raw data makes sense in principle, he said, but there are reasons to be cautious.

For one, he said, there are the logistical issues that would arise. Research is not designed to provide medically actionable findings, and the data are often coded and written down in ways that aren’t meant to make sense to people interested in their own health.

“We can’t even share research data among researchers very well — it’s been a huge issue, the [National Institutes of Health] has been trying for 10 years to get researchers to share data with other researchers from their NIH grants,’’ Green said. “Sharing plans are routinely a struggle for the investigator to put into place because let’s say I have a data set, like I have on all my projects — it’s very eccentric. All the names of variables are the ones I made up.’’

Green said a common misconception among research participants, particularly people who are sick or have a family member who is sick, is that the research may benefit them or cure them. This “therapeutic misconception’’ that research is equivalent to medical care may get worse if people are given access to their raw data, and they may not realize it is not held to the same bar as clinical tests or data.

“Research is an arena where we need to feel free to make mistakes, to have dirty data and explore it,’’ Green said. “Our loyalty in research is to the data and to the truth and to experimentation; our loyalty in clinical care is to the patients.’’

Despite those concerns, Lunshof sees the proposal as a modest one — and based on her experience with the Personal Genome Project, does not expect many research participants to try and access their data or to make medical decisions based on it.

Even if researchers can agree they’d like to return raw data to participants, turning research into more of a partnership won’t be easy. It will require each field to come up with standards and even define what is raw data and what is a result.

“This is really to start up the discussion,’’ Lunshof said. “It probably will be highly controversial, and technically not easy.’’ 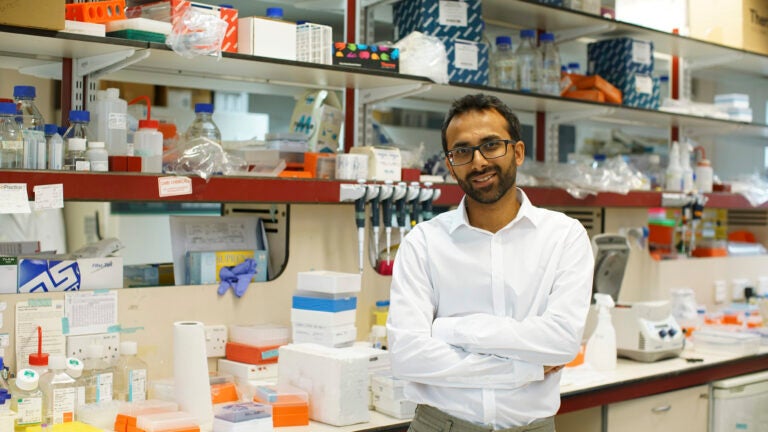 Studies suggest why omicron is less severe: It spares the lungs