The horseshoe crab is a paradoxical creature: Its spiky tail and helmet-shaped body make it one of the most medieval looking creatures in the animal kingdom, while its milky blue blood is essential to ensure the safety of cutting-edge biomedical devices and drugs.

For decades, biotechnology companies have harvested horseshoe crabs and bled them to extract a substance used to create a sensitive test for toxic components of bacteria in intravenous drugs and devices.

Studies have found that the vast majority of horseshoe crabs survive the procedure— the mortality rate is estimated to be between 10 and 30 percent. But researchers at Plymouth State University and the University of New Hampshire began to wonder if the bleeding might have other, less severe effects that could play a role in the decline in the number of spawning females and the overall horseshoe crab population. 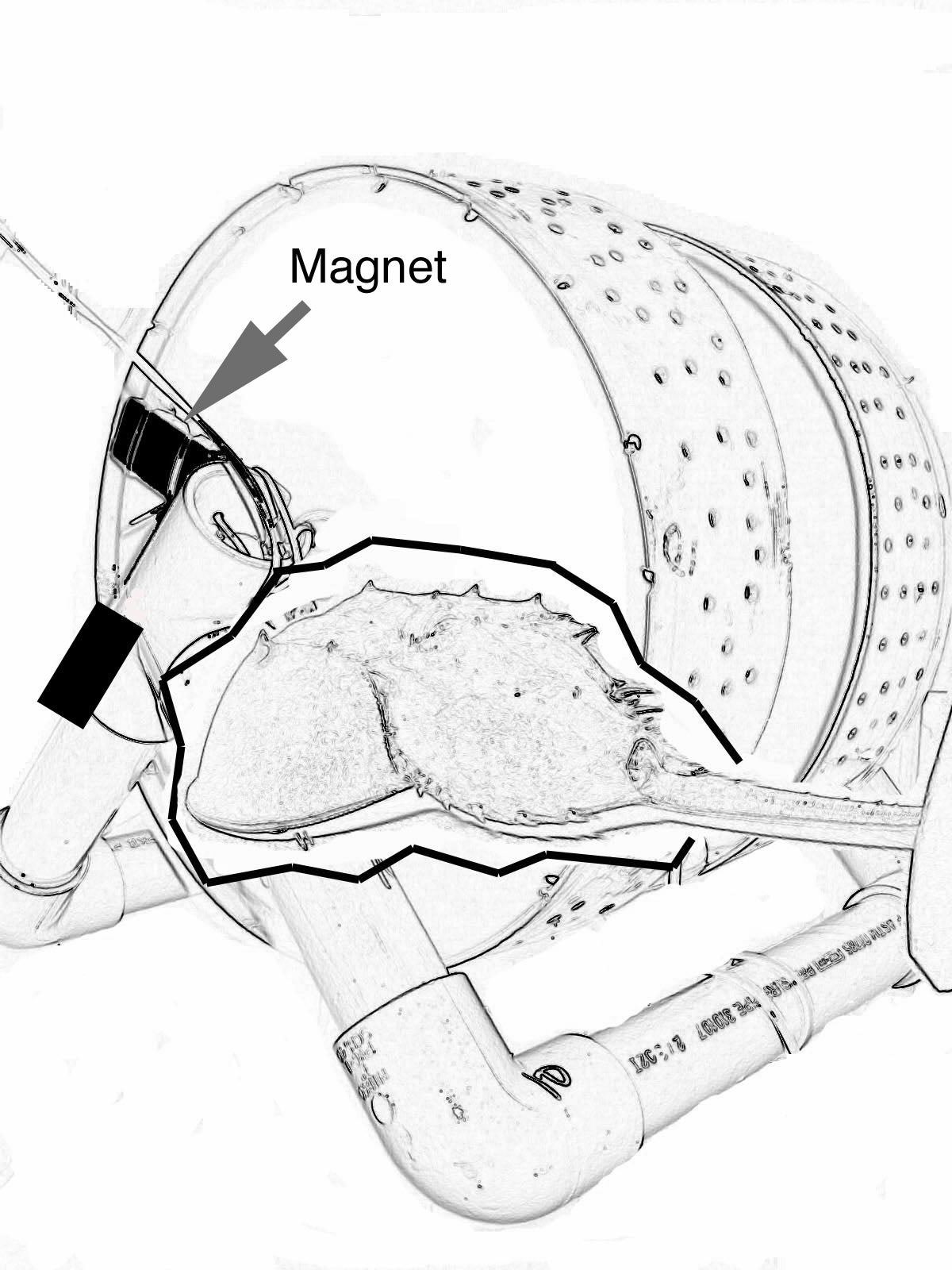 In a study recently published in the journal Biological Bulletin, the researchers collected 56 female horseshoe crabs from Adams Point in Durham, N.H. and divided them between indoor and outdoor tanks. All were fitted with the equivalent of horseshoe crab pedometers—accelerometers that measured their movement. Some were given time in a custom-made hamster wheel fitted for horseshoe crabs, with a slit for the animal’s spiky tail.

After the researchers had measured the crabs’ baseline activity, they emulated the biomedical harvest procedure for half the crabs. First, they placed them in barrels on the roof of a building in the sunlight, to imitate the time crabs would spend on the hot deck of a fishing boat. Next, the barrels were covered with cardboard for four hours, similar to the time they would spend being trucked to a facility to be bled. Then, around 30 percent of their milky blue blood was removed (as is done in the biomedical industry). Then, they were returned to the barrels to simulate transport back to the water and eventually put back in the tanks.

The researchers found that 18 percent of the horseshoe crabs died after bleeding, which was expected. But they also found that the animals seemed to become extremely lethargic, and the internal clock that they use to synchronize their behavior with the tides seemed to go out of whack. The bloodletting also seemed to decrease the quality of the blood, which could have had possible effects on their ability to fight off infections.

“We reasoned if you take a fair amount of blood out of animals and transport them for two to three days and it occurs during the peak of the breeding season, these animals may be out of commission, behaviorally, for awhile,’’ said Christopher Chabot, a professor of neurobiology, physiology, and behavior at Plymouth State. “Their behavior changed significantly for a week, as much as two weeks after they’re captured and bled. … Breeding season is only four weeks long—if they’re captured and brought back, perhaps they don’t breed.’’

That is the next question that Chabot plans to probe exhaustively. He hopes to be able to detect what effect the biomedical harvesting has on reproduction.

Although it hasn’t been classified as an overfished species, the horseshoe crab population has been declining in New England since 2004. That trend has continued, according to a recent report. Some studies have linked declines in the horseshoe crab population to climate change, but it’s possible the biomedical harvest could contribute; it may be weakening an already vulnerable population.

According to estimates cited in a recent report on the horseshoe crab population, the number of crabs affected by the biomedical harvest has increased nearly three-fold, from between 200,000 and 250,000 in the 1990s to more than 610,000 crabs per year in 2012.

Many questions remain, Chabot points out. It’s unclear, for example, whether horseshoe crabs are most affected by the bleeding or the many other variables, such as being out of the water for days and being trucked to facilities. Research might point to new ways to improve the bleeding process for horseshoe crabs, or quantify the extent to which their biomedical use may be affecting their overall population numbers, helping to define guidelines that would make the harvest more sustainable.

A few years ago, I wrote about a project at the University of New Haven in which researchers were trying to understand whether it was possible to raise horseshoe crabs in captivity. Although at the time it was unclear what the best application of the work might be, it’s possible that better understanding the life cycle and behavior of the animals could help ensure the ongoing availability of the blood.

One clue as to why it is hard to raise horseshoe crabs in captivity, however, emerged during the experiments in New Hampshire.

“If you just simply keep crabs in the lab for a while, and even if you feed them and try to take as good care of them as you can, the quality of the blood deteriorates over time,’’ Chabot said. “The rhythms that they normally exhibit they stop exhibiting; their activity levels decrease greatly. They stop moving around.’’

Clarification: A previous version of the story incorrectly described how a substance in horseshoe crab blood is used by the drug and medical device industries. The test detects toxic components of bacteria. 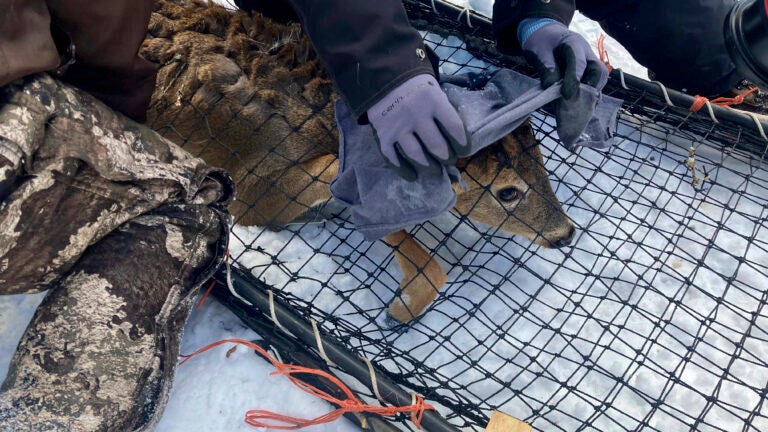 Into the wild: Animals the latest frontier in COVID fight