Some of the most attractive exhibits in museums and zoos offer us a glimpse into species that are long gone or on the edge of extinction. It makes sense. We want to see the rarities.

Every day though, scientists are still discovering new species walking, crawling, swimming, and budding on Earth.

In 2014, scientists discovered an estimated 18,000 species (past and present) — among them, a cartwheeling spider, a giant walking stick insect, and a fish that creates “crop circles.’’

These three examples were so interesting, so rare, that researchers at SUNY College of Environmental Science and Forestry (SUNY-ESF) awarded each of them a spot on their annual list of the top 10 newly discovered species.

The top picks, not ranked in any order, are chosen annually by a committee of taxonomists from the college’s International Institute for Species Exploration (IISE).

“The real purpose of the top 10 is to bring attention to how little we know about life on Earth,’’ said Dr. Quentin Wheeler, president of ESF and founding director of the IISE.

“Wherever you are in New England, you’re no more than a few feet away from a new species,’’ Wheeler said.

Many species will inevitably die out before scientists will discover and name them.

Indeed, the list includes one species that perished millions of years ago, but it was only discovered last year.

Skeletal remains of bird-like dinosaurs were found in Hell Creek Formation in North and South Dakota. The species, formally named Anzu wylei, is nicknamed ‘chicken from Hell,’ since many found in the region were the size of chickens.

The so-called ‘chicken from Hell’ is the only species found in the United States. The majority of the newly discovered species hail from Southeast Asia.

Once discovered and named, species are monitored for their evolution and migration habits.

So how likely is it that we’ll spot any of the species in our region?

“The chance of that is just about zero,’’ Wheeler said. “You’ll have to travel to see them.’’ 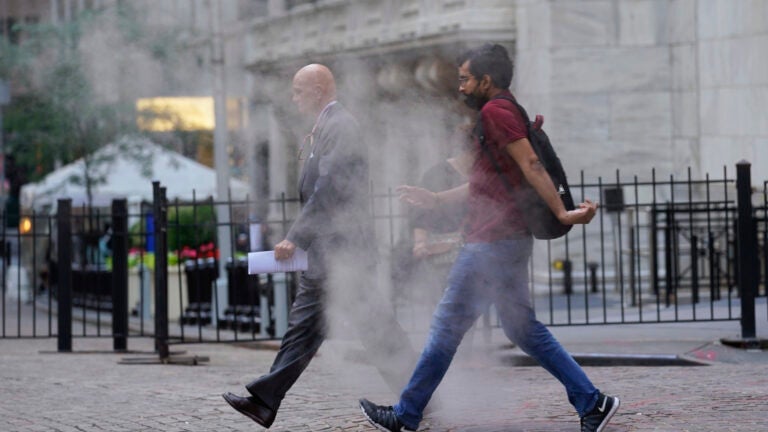 Is Thursday the new Monday? Flexible working is in flux.