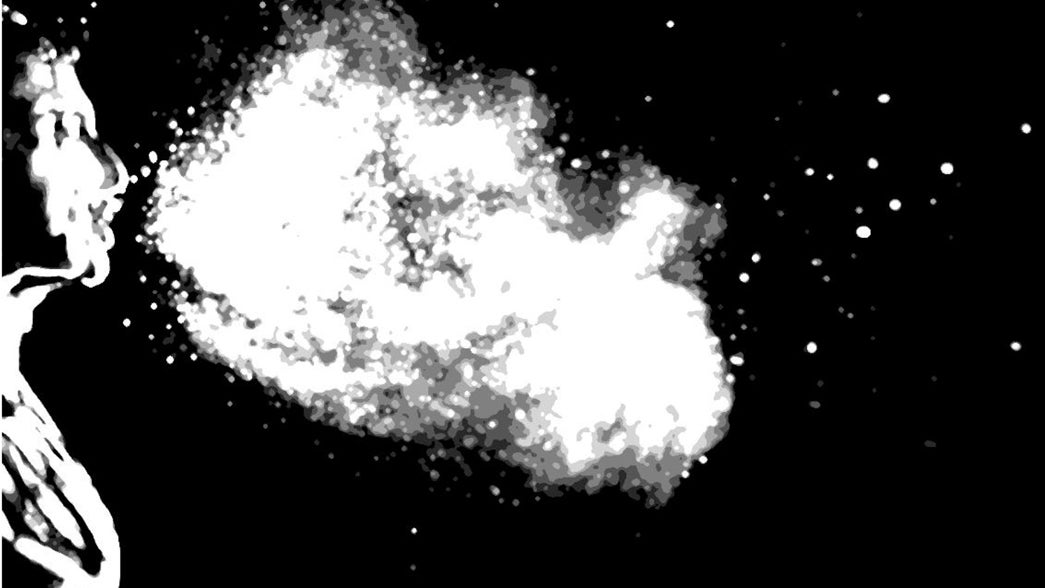 An image from a high-speed camera captures a research subject’s sneeze.

We all know sneezing is gross, but findings from a new MIT study show it’s a lot nastier than you probably thought.

MIT researchers used high-speed video to stop more than 100 sneezes in action, capturing those fractions of a second where saliva flies from the mouth and into the air. What they found was that sneezes don’t project a uniform spray, but instead produce fragments of fluid that resemble paint being hurled toward a canvas.

Lydia Bourouiba, an assistant professor at MIT and head of the school’s Fluid Dynamics of Disease Transmission Laboratory who led the study, said the goal of the research was to determine the size of the droplets emitted by a sneeze.

“In this first study, the first sort of building block using healthy patients, we thought that everybody had the same emissions,’’ Bourouiba told Boston.com.

Variation in sneezes is slight, and researchers observed that after fluid leaves the mouth, it travels through the air and bursts into smaller filaments, which eventually become droplets that either drop to the ground or remain suspended in the air. For some people, sneezes stays in filament form longer, depending on their saliva’s elasticity.

Understanding how droplets disperse and some of the differences between sneezes could help researchers map how infections spread, Bourouiba said. Some lucky people could earn the classification of a “super spreader’’ as well. She plans to continue the research with infected individuals in the coming year. 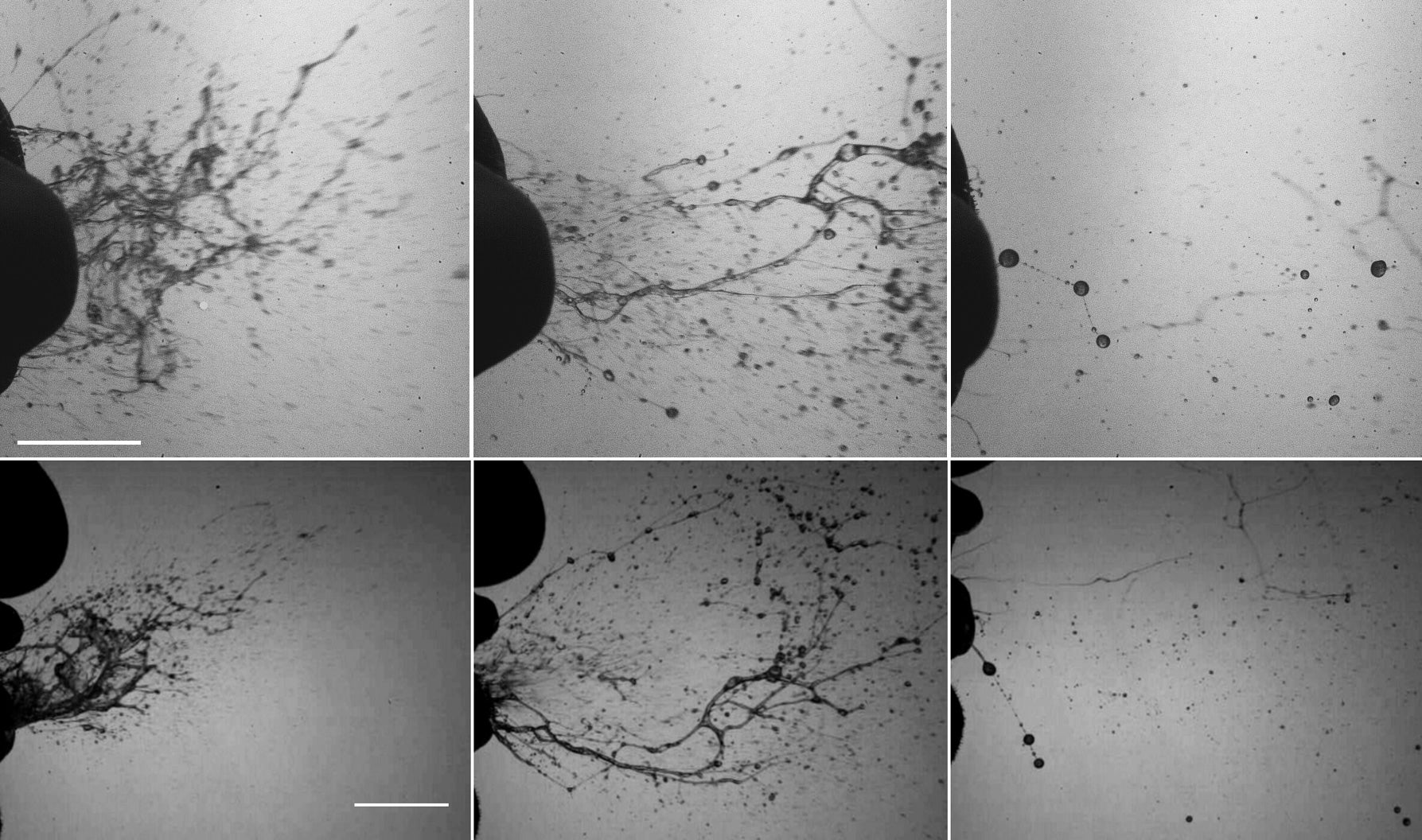 Fluid from sneezes travels quickly—these stills were captured with a camera operating at 6,000 to 8,000 frames per second.

Before news of super spreaders puts you in a panic, there’s good news, too: Data on coughing and sneezing can help researchers better predict and prevent the spread of disease.

Prior to developing this method of tracking infection, most researchers relied on interviewing those infected, asking who they’d been around and where they had gone, Bourouiba said. In the future, her team’s research could make it easy to nail down the infected individuals.

While the images might be unsettling, Bourouiba said that after watching 100 sneezes in stop motion, it’s not so gross anymore.

“When you forget about the fact that is a sneeze, and you start looking at the fluid mechanics of it, it’s really fascinating,’’ she said. “If you start thinking too much about it you might be [disgusted], but I’m used to it now.’’ 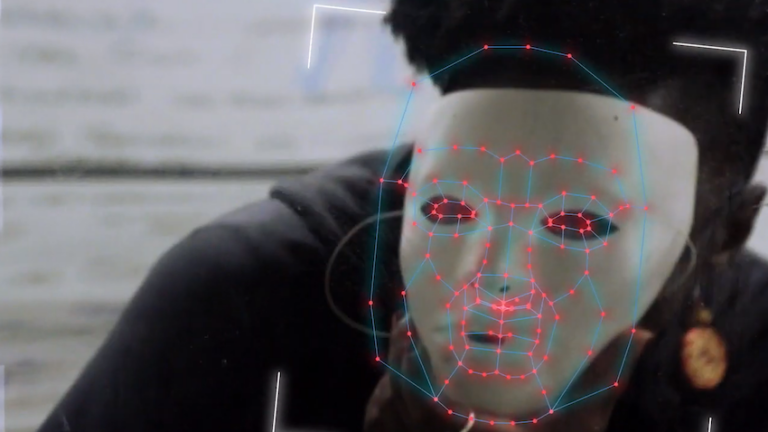