It’s your first night in a new place and your body is exhausted. Your mind, however, won’t shut up. What was that noise? Is it the house settling? Is it a bug?

Don’t worry, there’s actually a scientific explanation for all that restless tossing and turning: a phenomenon sleep researchers call “first-night effect.” It’s a common temporary sleep disturbance that scientists have known about for approximately 50 years. But because it’s so common, there’s been little study on the effect to date—until now.

“Because it was so well-known, people just threw away the data, or just didn’t include the data,” said Masako Tamaki, a researcher at Brown University. “People didn’t care much because it was so ordinary.”

That’s why Tamaki and her colleagues decided to take a closer look at the phenomenon. The results of their study was published Thursday in the journal, Current Biology.

“We were just curious about what was going on in the sleeping brain,” Tamaki said. “Is it just a sleep disturbance? Or does it have some function?”

The researchers used neuroimaging techniques on sleep study participants to measure the brain’s slow-wave activity associated with deep sleep. It turns out that the left hemisphere of the brain sleeps less the first night it’s in a new environment. They also found that this region shows increased alertness to rare sounds—like a random beep—which allows you to wake up faster to the sound. Basically, it’s your brain’s way of keeping you safe in a new environment.

Tamaki says that some birds and other animals may also exhibit this kind of sleep protection.

Unfortunately, the study did not identify any solutions for reducing the first-night effect, but Tamaki and her colleagues remain curious about the possible connection to other sleep disturbances and disorders, such as chronic insomnia.

For now, you can rest assured that a sleepless night in a new place is not only normal, it’s incredibly common.

“There’s nothing really wrong with you,” Tamaki said. “It’s just a really basic fundamental we all have.” 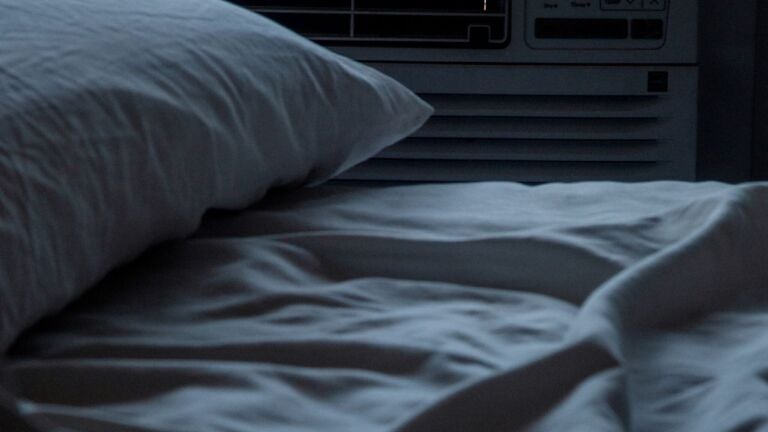 Why is my sleep so messed up in the summer?