A doctoral graduate of the Massachusetts Institute of Technology is being lauded for her pivotal role on an international team of scientists who Wednesday revealed the first-ever image of a black hole.

Katie Bouman, 29, is a postdoctoral fellow at the Harvard-Smithsonian Center for Astrophysics who has been working with the Event Horizon Telescope project since 2017. The project, a collaboration of about 200 scientists — astronomers, engineers, and mathematicians — from around the world linked data collected from a network of radio telescopes scattered across the globe to put together the image.

Three years ago, when she was a graduate student at MIT studying electrical engineering and computer science, Bouman led the creation of special algorithms that allowed the results from the telescopes to be merged into one image.

“A black hole is very, very far away and very compact,” Bouman told MIT News in 2016. “[Taking a picture of the black hole in the center of the Milky Way galaxy is] equivalent to taking an image of a grapefruit on the moon, but with a radio telescope.”

The data from the telescopes around the world was gathered two years ago, but it took years to complete the processing of the data. MIT’s Haystack Observatory in Westford was one of the sites where the data was assembled, The Boston Globe reports.

3 years ago MIT grad student Katie Bouman led the creation of a new algorithm to produce the first-ever image of a black hole.

Today, that image was released.

“(Bouman) was a major part of one of the imaging subteams,” Vincent Fish, a research scientist at MIT’s Haystack Observatory, told CNN.

During a 2016 TED Talk on how she and her colleagues were working toward developing the first image of a black hole, Bouman said the success of the project was due to how it was a “melting pot” of multidisciplinary expertise.

“It still amazes me that although I began this project with no background in astrophysics, what we have achieved in this unique collaboration could result in the very first images of a black hole,” she said.

Bouman told The Washington Post that when she first heard of the Event Horizon Telescope project, she “hardly even knew” what a black hole was, but she did know it was a challenge she wanted to work on.

“I have an interest in how can we see things or measure things that are thought to be invisible to us,” she said. “And how can we come up with unique ways to merge the instrumentation and algorithms to get at measuring things that you can’t measure with standard instruments.”

“Watching in disbelief as the first image I ever made of a black hole was in the process of being reconstructed,” Bouman wrote Wednesday, sharing a photo on Facebook from the day when the image was constructed.

Watching in disbelief as the first image I ever made of a black hole was in the process of being reconstructed.

“I’m so excited that we finally get to share what we have been working on for the past year!” she wrote later. “The image shown today is the combination of images produced by multiple methods. No one algorithm or person made this image, it required the amazing talent of a team of scientists from around the globe and years of hard work to develop the instrument, data processing, imaging methods, and analysis techniques that were necessary to pull off this seemingly impossible feat. It has been truly an honor, and I am so lucky to have had the opportunity to work with you all.”

Bouman’s role in the project has been widely celebrated around the world following the presentation of the image.

?Today, the 1st-ever image of a #BlackHole has been revealed to the world. ?

?Huge congrats to Katie Bouman, who made it possible! ?

Tip of the hat to MIT’s Katie Bouman for her contribution to today’s big announcement! https://t.co/e9OHOVmxMW

Congratulations to Katie Bouman, who first developed the algorithm that made yesterday’s first-ever image of a black hole possible. Further proof that women in STEM fields can change the world and expand humanity’s understanding of the cosmos.

Congratulations and thank you for your enormous contribution to the advancements of science and mankind.

Bouman said in an interview with Nature that the breakthrough is just the beginning of learning more about black holes.

Up next for Bouman is a new job. She’s heading to the California Institute of Technology this year where she will be an assistant professor in the Department of Computing and Mathematical Sciences. 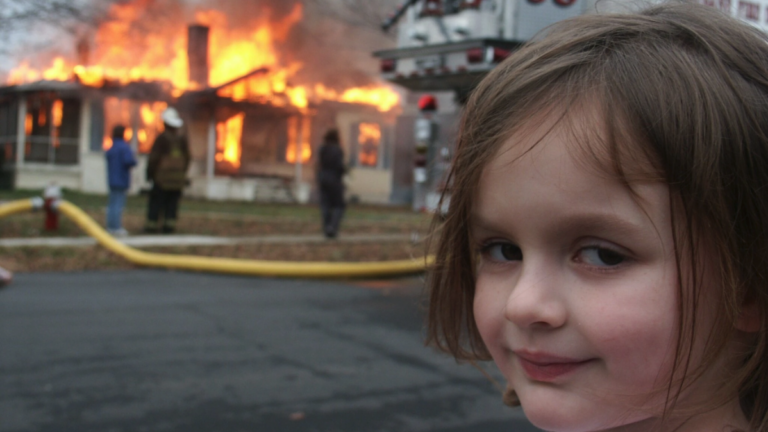